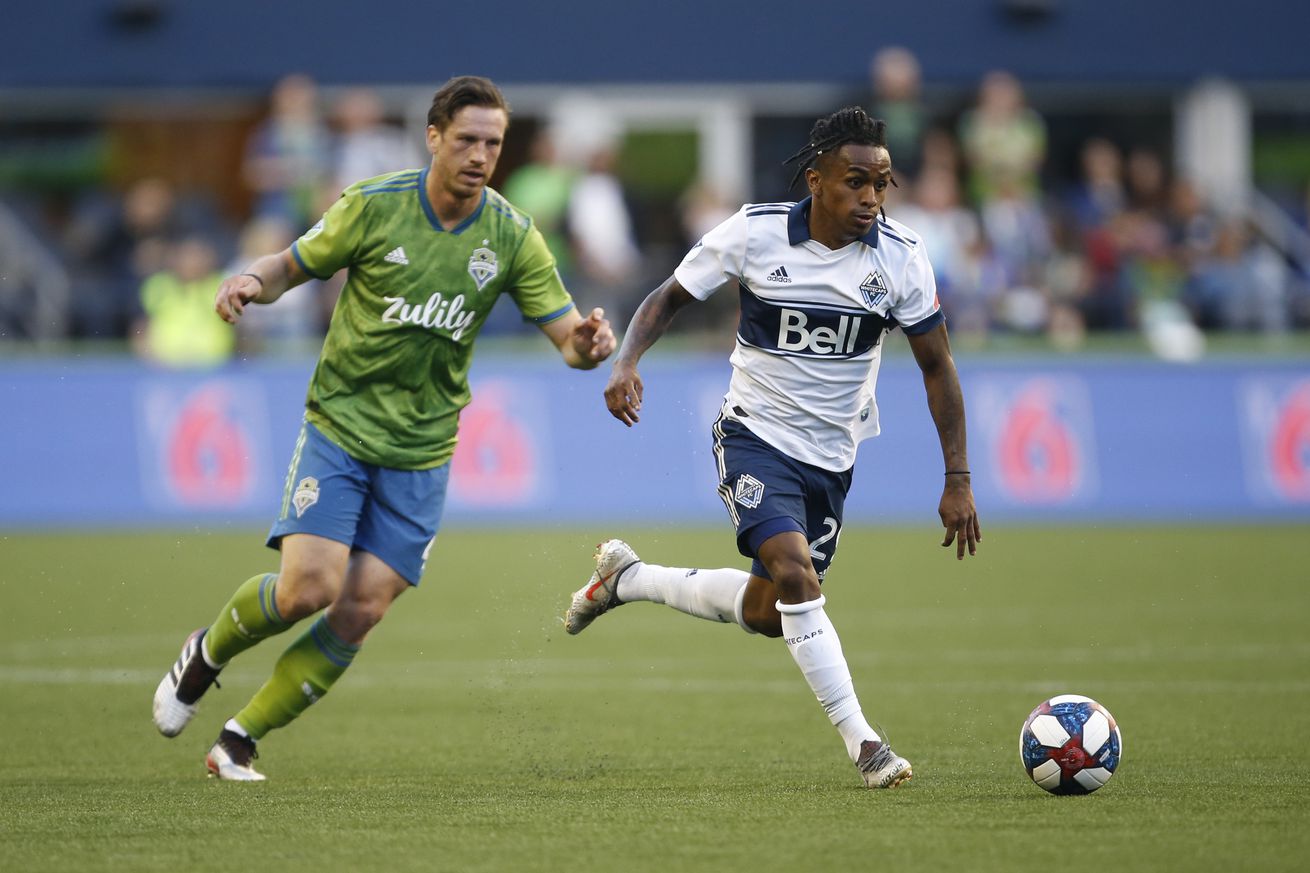 With goals at a premium these days, United shelled out to bring the Peruvian international to the District

Hours before a game against Toronto FC, D.C. United made a trade with a different Canadian team, acquiring attacker Yordy Reyna from the Vancouver Whitecaps. United, who also acquired a 2020 international spot in the deal, sent $400,000 in 2021 General Allocation Money (GAM) to the Whitecaps to acquire the 27-year-old Peruvian international.

Reyna, who has 27 caps for Peru, will be looking to link up with international teammate Edison Flores once the latter returns from injury. A versatile attacking player, Reyna can play as a striker, as a second forward, on either wing, or as a no. 10. With Ben Olsen having spent time playing in many different formations this year, Reyna’s ability to play several positions will likely see him playing frequently.

“Acquiring Yordy Reyna from Vancouver has been on our radar for a while now,” said United GM Dave Kasper in a team release. “In his three seasons in Major League Soccer, he has shown the quality and goal scoring ability to make a real impact in this league. He’s also joining us with a rich international soccer background after featuring regularly with the Peru National Team. We are getting a true attacking talent and we look forward to him bolstering our attack as we push for a playoff spot in 2020.”

2020 has not gone all that well for Reyna, who has 8 appearances (4 starts) for the Whitecaps. Vancouver left him out of a game against TFC a month ago for violating team rules, while he was also forced to undergo a 14-day quarantine period by the club back in May after being caught violating social distance rules. Previously, he was investigated after a 16-year-old girl died at his home in Peru, though authorities in the end declined to charge him with any wrongdoing.

It certainly makes sense that United would pursue attacking help. The Black-and-Red are scoring less than one goal per game, and as a team would not be leading the MLS Golden Boot race (their 9 goals would be one behind Diego Rossi’s league-leading 10). Whether Ben Olsen sees him as more of a goal threat, a set-up man, or a hybrid of the two, integrating Reyna quickly could be crucial in terms of getting United’s attack in gear.

However, the acquisition might be an expensive one for what turns out to be a short-term deal, as Reyna’s contract includes a team-held option for next year before expiring. The deal between D.C. and Vancouver includes a clause that means more compensation for the Whitecaps if Reyna’s rights are sold in 2020 or in 2021, or if United signs him to a new contract.

Reyna is not eligible to play immediately. On top of the US visa and International Transfer Certificate issues that come up when American MLS teams make a trade with Canadian sides, Reyna must also complete a quarantine period to comply with Covid-19 protocols. The earliest he could be in uniform would be next Sunday’s game against the New England Revolution, though the wait may well extend into October.