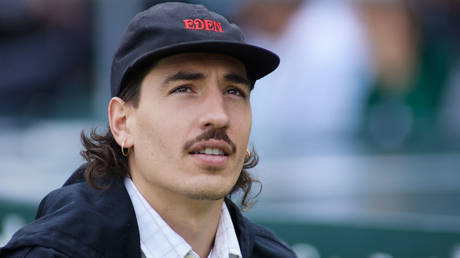 Arsenal wideman and Real Betis loanee Hector Bellerin has spoken out on Russia's attack on Ukraine and questioned why the conflict has been given more media attention than others in Palestine, Yemen and Iraq.

"It is quite difficult to see that we are more interested in this war than in others," the Spaniard told La Media Inglesa via Marca.

"I don't know if it is because they are more like us or because the conflict can affect us more directly both economically and in terms of refugees.

"The Palestinian war has been completely silenced, no one speaks about it.

"Yemen, Iraq... now Russia not being able to play in the World Cup is something that other countries have faced for many years."

Governing body FIFA's ban on Russian teams that Russia's Qatar 2022 qualifying playoff semifinal against Poland has been called off, with their opponents, who had refused to head to Moscow, given a bye.

Bellerin went on to suggest that turning "a blind eye to other conflicts and now to have this position" is "racist".

"It also reflects a lack of empathy for the number of lives lost in many conflicts and we are prioritizing those that are near to us, he said.

Joining the Premier League side from Barcelona's famous La Masia academy in 2011, Catalonia native Bellerin spent a decade at Arsenal before leaving for Real Betis on a season-long loan last year.

Bellerin's remarks on Russia and Ukraine echo those made by world squash number two Ali Farag after winning the Optasia 2022 Squash Champion title in London at the Wimbledon Club earlier this month.

"One more thing that I know is going to get me in trouble, but you know we've all seen what's going on in the world at the moment with Ukraine and nobody is happy about what's going [on],” Farag said following his victory against world number six Diego Elias.

“We’ve never been allowed to speak about politics in sports but all of a sudden it’s allowed. I hope people look at oppression everywhere around the world. Palestinian have been going through that for the past 74 yrs.”

"Nobody should ever accept any killings in the world, any oppression. We've never been allowed to speak about politics in sports, but all of a sudden now it's allowed.

"So [now] that we're allowed, I hope that people also look at the oppression everywhere in the world.

"I mean, the Palestinians have been going through that for the past 74 years and – well, I guess because it doesn't fit the narrative of the media of the West.