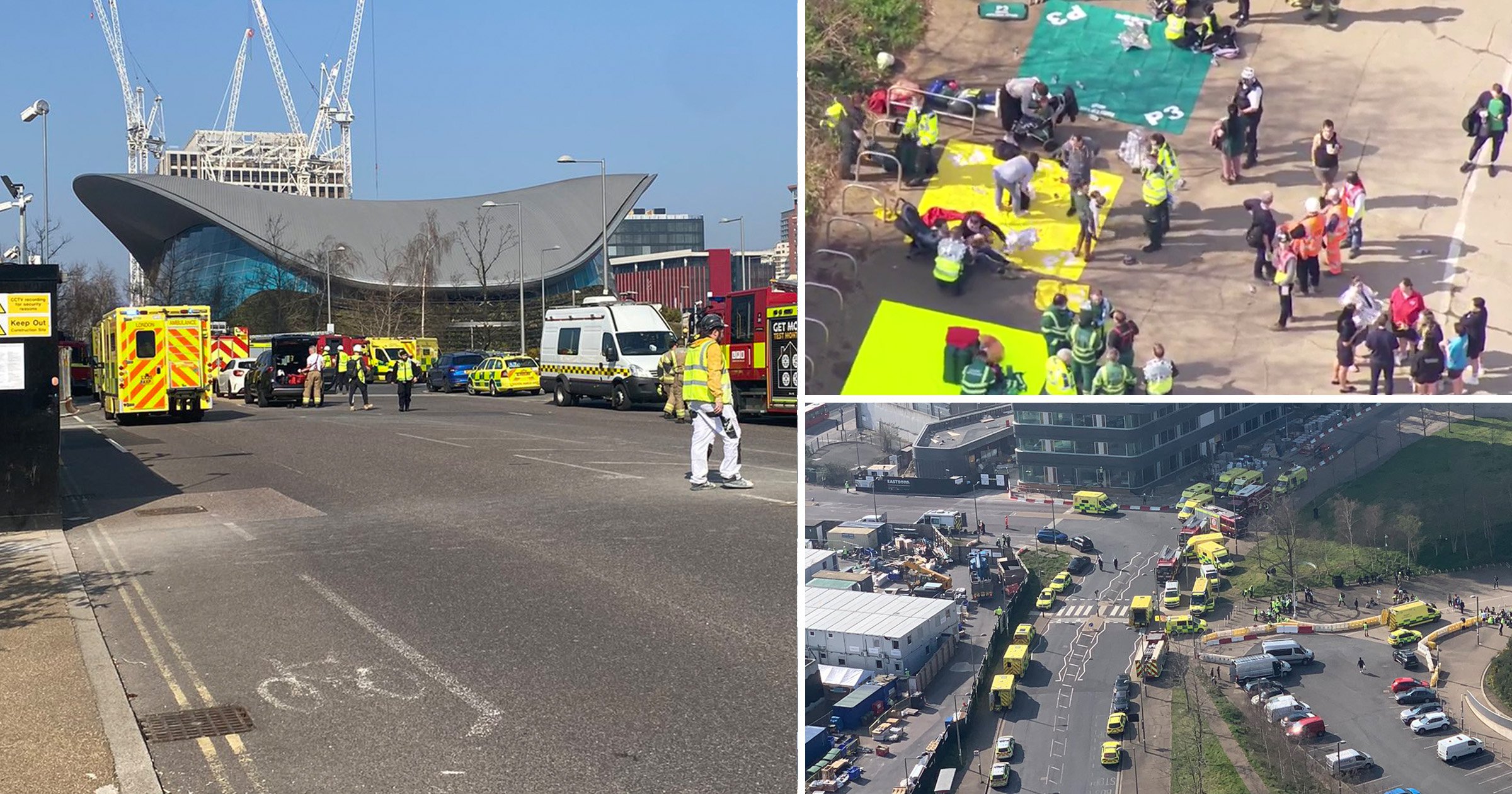 The London Aquatics Centre has been evacuated after a ‘high quantity of chlorine gas’ was released at the Olympics swimming pool.

Around 200 people were rushed to safety as paramedics treated a number of patients with breathing difficulties.

The London Ambulance Service declared it a ‘major incident’ after sending at least a dozen ambulances to the Olympic Park in Stratford.

Pictures taken from surrounding high-rise buildings show a crew of firefighters preparing to enter the building.

The fire brigade confirmed the gas leak was due to a ‘chemical reaction’ and they urged local residents to close their doors and windows while the pool is ventilated.

Met Police officers were alerted shortly before 10am and cordoned off the entire area.

He said: ‘I remain in close contact with our emergency services who are dealing with a gas-related incident at the London Aquatics Centre this morning.

‘A number of people are being treated by London Ambulance Service. Please avoid the area which has been cordoned off and evacuated.’

A police spokesperson added: ‘Officers were alerted by London Fire Brigade at 9.53am to a leak of noxious fumes at the Aquatics Centre, Queen Elizabeth Park, E20.

‘Officers and London Ambulance Service have also attended the scene. A number of people have been evacuated from the premises.’

Get in touch with our news team by emailing us at webnews@metro.co.uk.

For more stories like this, check our news page.