DEERFIELD BEACH, Fla. – Randy Costa got his wish but now hopes he gets to throw down with Adrian Yanez in front of a sold-out crowd.

Costa (6-1 MMA, 2-1 UFC) meets Yanez (13-3 MMA, 2-0 UFC) at a UFC Fight Night event on July 24, which doesn’t currently have a location or venue. The UFC held an event in front of a full-capacity audience this past weekend at UFC 261 for the first time since March 2020, and Costa is eager to relive that buzz.

Though the UFC’s July 24 card doesn’t yet have a location or venue, it seems likely it would be at the UFC Apex in Las Vegas if  things continue as they have been.for the past year or so. However, the next event which is certain to be in front of a live audience is UFC 262 on May 15 in Houston, and Costa would love for his fight to somehow get shifted to that card.

“Houston would be cool,” Costa told MMA Junkie. “I know he’s from Houston. We’re campaigning for Houston. I’ve never been to Texas. It would be cool. A good ole’ fashion hoedown in Houston, Texas would be fun.”

We don’t often see prospect vs. prospect matchups in the UFC, but it’s one for which both Costa and Yanez have been campaigning. It’s undoubtedly a fan-friendly matchup that pits two knockout artists, and that’s exactly why Costa was amped for the matchup.

“I think we’re kind of both in the same spot in our careers,” Costa said. “We’re both coming off two big knockouts. Obviously age is on our sides. We’re both very exciting fighters. I think he’s very good. I don’t think he’s a slouch at all. I don’t want to fight him because I dislike him or because he sucks, I want to fight him for the opposite. One, because he’s like a real actual martial artist. He’s a nice guy. He’s a positive role model for the sport or advocate for the sport, and then he’s obviously a savage kickboxer, a savage MMA fighter. That makes for a very exciting fight, and if we can get in front of fans, we’ll steal the show for sure.”

He continued, “It’s going to be bananas. I’m going to go out there and throw my limbs around without any regard for safety, and I imagine he’s going to do the same, and it’s going to be a fun fight.”

To see the full interview with Costa, check out the video above. 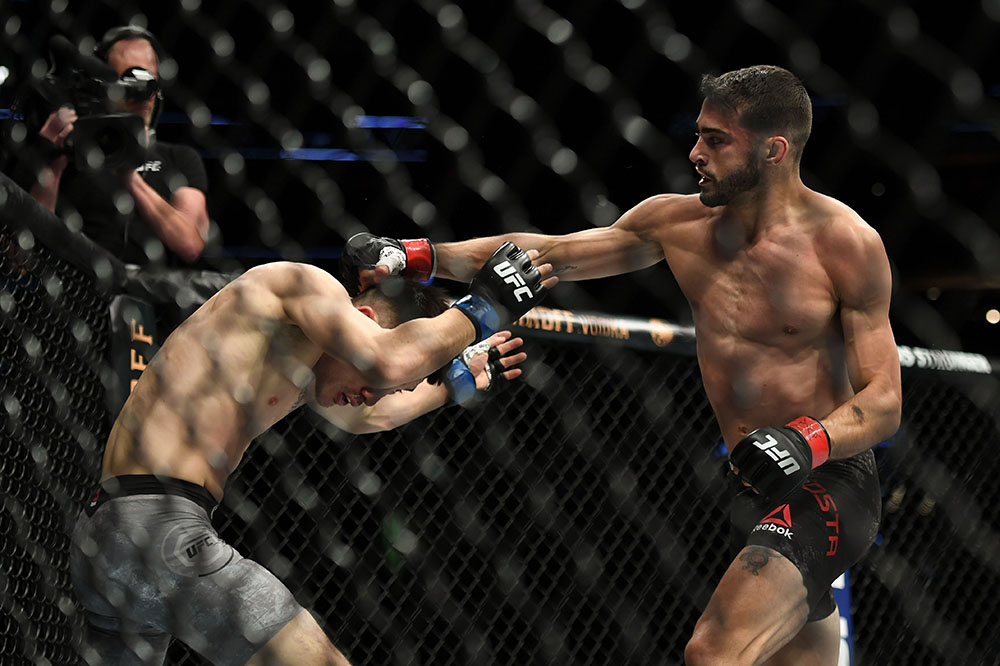 Video: Ryan Benoit struggles to stand on scale, misses weight by three pounds for UFC Vegas 26, bout cancelled
Yesterday 18:07mmafighting.com
The Challenge: All-Stars recap: Power rankings after ep. 6
Yesterday 19:10For The Win (usatoday.com)
On the Doorstep: 5 fighters who could make UFC or Bellator with May wins
Yesterday 19:00USA TODAY (sports)