NEW York Mets All-Star pitcher Jacob deGrom has been married to his wife Stacey Harris since 2014.

Jacob with his wife Stacey and their two kids, Jaxon and Aniston walking the MLB red carpet show on Tuesday, July 9, 2019[/caption]

Who is Jacob deGrom’s wife and how did they meet?

They both attended a bull riding event in Florida when Stacey caught Jacobs’s eye.

Jacob referred to Stacey as “a very determined girl” in an interview for the New York Post. 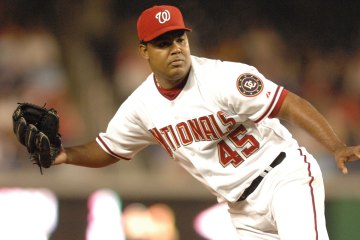 Stacey decided to no longer work after Jacob began to play for the New York Mets in 2010.

Stacey became a full-time stay-at-home mom after the birth of their two children.

She and the children attend New York Mets games to cheer on the award-winning pitcher.

When did Jacob and Stacey get married?

Jacob asked Stacey to marry him on Christmas Day 2013.

After marrying and honeymooning in Hawaii, the couple moved back to their native state of Florida and bought a dog named Pixie.

The couple has now been married for several years and has two children together, a son Jaxon and a daughter Aniston.

Who is Jacob deGrom?

Jacob deGrom is a four-time all-star MLB player for the New York Mets.

After graduating high school, Jacob tried out for the MLB draft but did not get selected.

He went on to play college baseball at Stenson University, where he played shortstop until becoming a pitcher his junior year.

Jacob decided to try again for the MLB draft in 2010 and was selected by the New York Mets to play in the minor leagues.

Read More on The US Sun 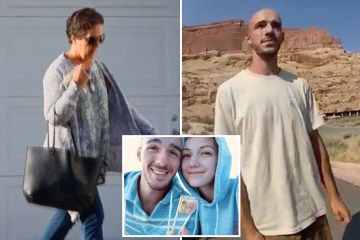 He was named National League’s Rookie of the Year during his debut year with the Mets.

Jacob was also awarded the NL ERA leader in 2018 and the NL Strikeout Leader in 2019.

Do you have a story for The US Sun team?