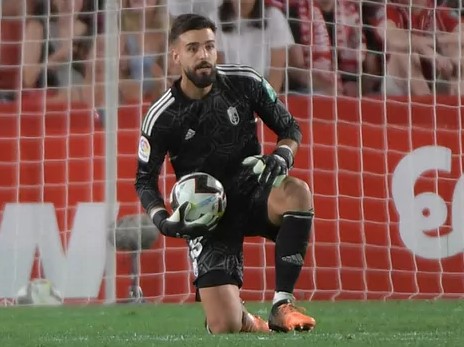 As the most recent international selections named by Fernando Santos would suggest, Portugal is currently blessed with a marvellous pool of talented players. Indeed, the national team boss even said that when preparing his list, he initially started out with a shortlist containing some 55 names, which must have given him quite the welcome headache when choosing.

Outfield talents are typically those grabbing the headlines most frequently, yet Portugal also boasts a superb array of exceptional goalkeepers. At the moment, the one man all others are competing to replace is Porto’s brilliant young number one Diogo Costa, who appears to be the primary choice for the 2022 World Cup, trusted above and beyond anyone else having displaced 104-capped Rui Patrício.

Speaking of trust, this is an important asset to consider when gambling on progress at the World Cup, which is why SBO only recommend trusted football betting sites. Reviews cover every angle, just as we might expect of a great goalie, including where to find the best odds and offers in the football world.

But while Costa is currently the top man in Portuguese goalkeeping circles, there are plenty of others knocking on the door of opportunity, whenever Santos believes they are ready to be tested. Incredibly, modest Spanish club Granada has proven to be the springboard for two possibilities, while another has recently joined their cause.

When he first broke into the Nacional first team squad, Rui Silva was already representing his country at junior levels, capped in the U19, U20, and the U21 sides. However, it wasn’t until moving to Granada in 2017 that senior international consideration became realistic, albeit requiring plenty of patience initially with the Spanish club.

He didn’t feature in a single LaLiga game as Granada was relegated, then in the second tier, experienced Javi Varas was brought in as first choice. Nevertheless, opportunity finally called when Diego Martínez arrived ahead of the 2018-19 season. Rui Silva became first choice, Granada won promotion, and their Portuguese keeper earned a host of admirers.

Granada stunned everyone upon their return to LaLiga, finishing the 2019-20 campaign by securing a Europa League spot, as Rui Silva continued to earn praise. He was instrumental in the club’s historic debut continental campaign of 2020-21, as Granada reached the quarter-finals, and still finished in the top half of LaLiga.

Rui Silva debuted for Portugal in a friendly against Israel on 20 May 2021, and was part of the UEFA Euro 2020 squad, pushed back a year because of the global pandemic. Unfortunately for Granada, they hadn’t managed to agree a new contract with the Portuguese goalie, who switched to Real Betis on a free transfer that summer. He made 32 appearances with Betis last season, but has yet to play again for Portugal.

Not without some irony at Sporting CP, having pushed his way into first team squad, Luís Maximiano found himself replaced by a Spaniard, as Antonio Adán held the starting spot between the posts. Granada then came calling, offering Sporting a €4.5 million fee, and the talented young Portuguese shot-stopper a guaranteed first-team role.

Sadly for Maximiano and his new team, it was a period of great upheaval at the club. Granada had lost inspirational Diego Martínez as manager, replaced by former Spain head coach Robert Moreno and an entirely different brand of football. His tactics and ideas failed spectacularly, and by the time he was fired and Aitor Karanka was hired, relegation already beckoned.

Still, during just one unfortunate season at Granada, there was no doubting that Maximiano shone brightly, making the most saves in La Liga. This inevitably attracted plenty of attention around Europe, before Italian side Lazio came calling with a bid worth more than €10 million. As yet, Maximiano hasn’t represented the senior Portugal side, although he has played for every age group at junior levels, including the U21 side.

Once again following the departure of a Portuguese goalkeeper, Granada has put their faith in a fellow compatriot from their neighbouring country, signing 26-year-old André Ferreira for what could be a bargain €750,000 fee. He left Paços Ferreira with glowing references, after just one full season at the Primeira Liga club.

Although there was more than a little surprise in Portugal that Ferreira would chose to leave a top flight club in his own country, the now second tier Granada offered a significantly larger salary. Their confidence certainly doesn’t appear to have been misplaced, regardless of what has been a bumpy start so far.

Ferreira is already being hailed as an excellent goalkeeper by Granada fans, enjoying the latest in a growing legacy of Portuguese shot-stoppers defending their goal. Whether this move acts as a springboard for Ferreira to greater things, remains to be seen, although early indications would suggest that his time in Spain will undoubtedly help towards greater aspirations.