PAUL POGBA says he has suffered from depression in his career.

And the France midfielder, 29, revealed his 2018 World Cup winning medal was stolen when his home was recently burgled.

In an interview in his homeland, Manchester United star Pogba said: “I’ve had depression in my career, but we don’t talk about it.

“Sometimes you don’t know you are, you just want to isolate yourself, be alone, these are unmistakable signs.”

The robbery happened in Manchester on March 15 – the same night United exited the Champions League at the last-16 stage to Atletico Madrid.

Pogba told Le Figaro: “I am OK, my family too. 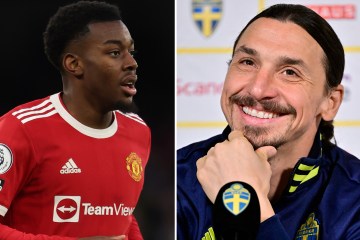 “I had quite a surprising week, with the Champions League match where I learned that I am not going to play and, when I went home, I discovered that my home was robbed following the entry of three people who stole my safe.

“There was my mother’s jewellery in there, my World Cup medal…

“What scared me the most, is that my two children were at home with the nanny during the incident.

“She heard everything, called my wife and security, then locked herself with the boys (aged 1 and 2) in a room.

“For several days after, she was in shock.

“The most important thing is that my children are doing fine.”

Pogba is currently back in his homeland on international duty.

Pogba, 29, was burgled while he was playing against Atletico[/caption]
Загрузка...