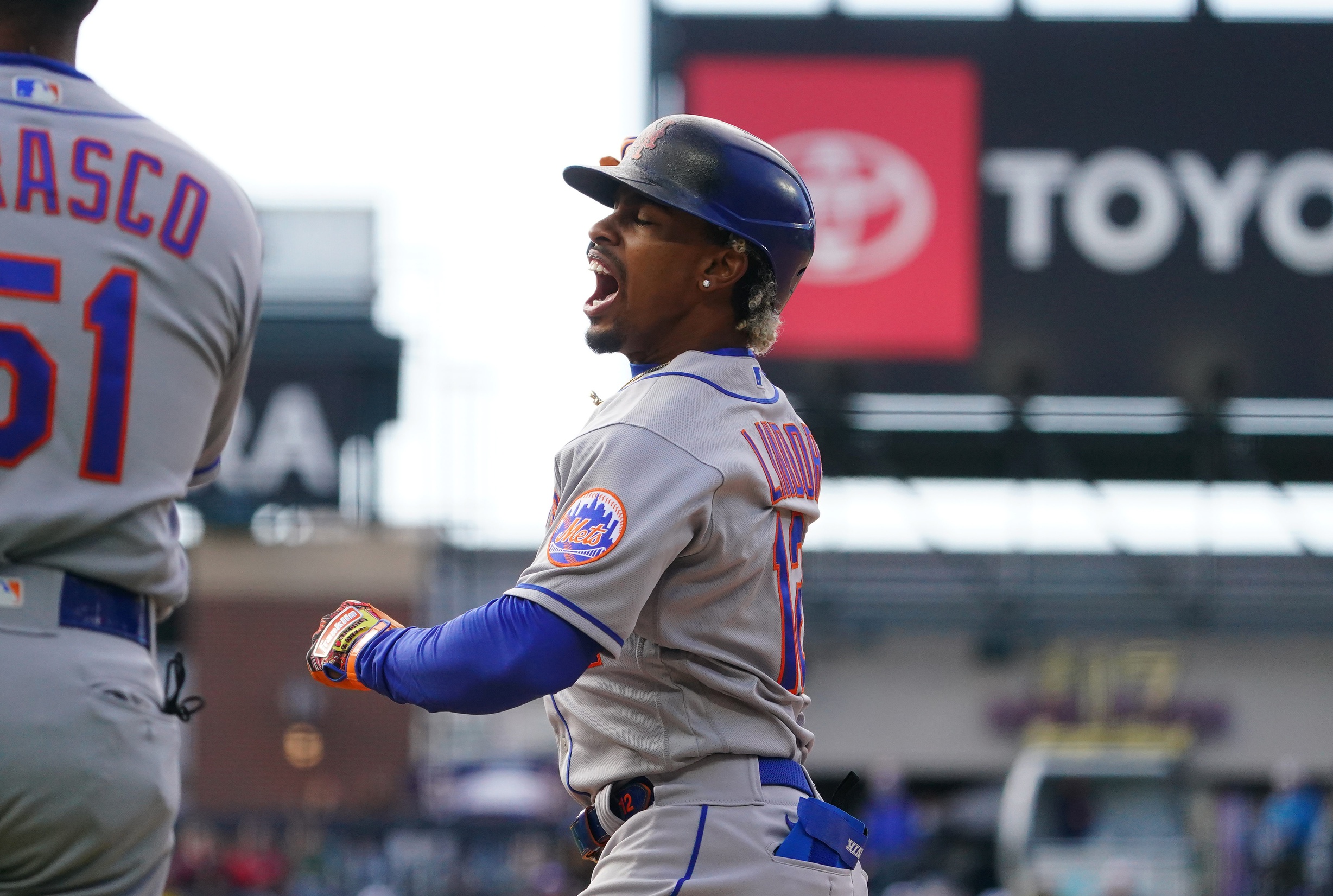 The Mets and Rockies split the doubleheader on Saturday, setting up a rubber game before the Mets go to another off-day. Honestly, it’s a miracle anyone on the team is finding rhythm right now with the way their schedule was going.

The first game was all Mets, even though the Rockies had the lead for a period of time. Jacob deGrom started the game and looked a little off, then he went ahead and struck out nine batters in a row, becoming the eighth pitcher in baseball history to do that and was one away from tying the all-time record set by Tom Seaver. In true Mets fashion, the Mets made an error that would lead to three unearned runs against deGrom that inning, putting the Mets from leading to trailing.

But then the impossible happened, the Mets rallied and got a few runs to actually get deGrom the win. Edwin Diaz came in to close the game and struck out the side to record his first save of the year. All smiles in Metsville.

The second game looked off from the moment it started, but it also had to happen. Because of all the weather events with the Mets, there were tons of pitchers who just haven’t seen any meaningful amount of time on the mound. Joey Lucchesi was rusty in the first inning, allowing three runs, but looked better in later innings. Robert Gsellman came in and pitched a clean inning of relief. Jacob Barnes really struggled. You can’t win them all and hopefully getting work in will make games easier for them later this week.

Marcus Stroman makes the start for the Mets today. He has started two games this year and won both of them, allowing one run over 12.0 innings from seven hits, two walks and six strikeouts. His last game was one of his best as a Met, allowing no runs from four hits and no walks while striking out three. He’s also been consistent in pitches, making 85 and 86 in both starts this year. Stroman faced the Rockies twice in 2019, both times in Colorado. The first time he was a member of the Blue Jays and he allowed four runs, three earned from seven hits and no walks in seven innings. His second start came as a member of the Mets in September and was his best Mets start in 2019, allowing no runs from four hits and a walk in seven innings in Colorado while striking out seven. The Rockies have the following numbers against him:

The Mets bats will look to find consistency against Antonio Senzatela. Senzatela is making his fourth start of the year and has pitched 14.0 innings allowing 12 runs, 11 earned, from 18 hits and five walks. He has a 7.07 ERA, 6.23 FIP, 1.643 WHIP and 68 ERA+. Last year was his best in his career. Over 12 starts and 73.1 innings he had a 3.44 ERA, 4.57 FIP, 1.214 WHIP and a 152 ERA+. He faced the Mets twice in 2019 and had one good start and one bad start. In Queens, he held the Mets to one run over six innings from four hits and two walks. In Denver, the Mets scored four runs from eight hits and four walks over six innings. The Mets have the following numbers against him: