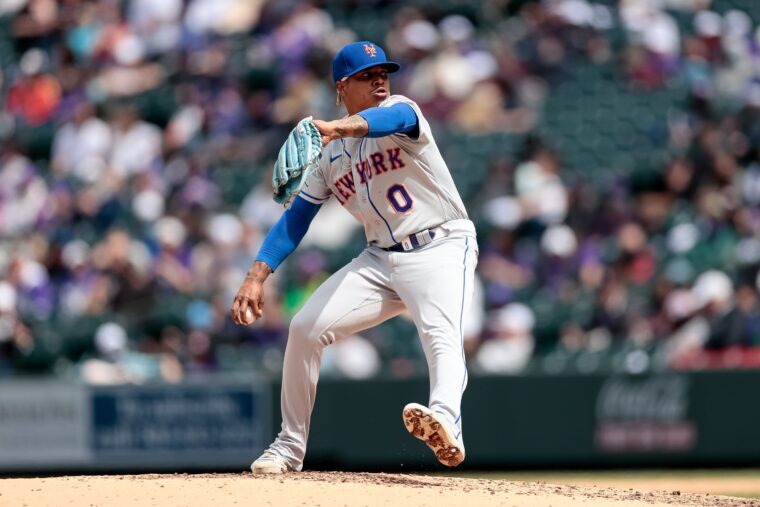 Marcus Stroman tossed eight fantastic innings and the offense did just enough, guiding the Mets to a series win in Colorado.

Stroman continued his hot start to the season, going eight innings allowing just one run while striking out five. This outing lowered Stroman’s ERA to 0.90. The right-hander has allowed just two earned runs so far in his three outings.

Marcus Stroman made his third start of the season for the Mets. Similar to his opposition, Antonio Senzatela, Stroman required just seven pitches in the bottom of the first. He allowed a lead off single to Raimel Tapia before inducing a 4-6-3 double play off the bat of Ryan McMahon. Stroman then got a pop up off the dangerous bat of Trevor Story to end the inning.

The Long Island native   cruised through the second inning, throwing just 11 pitches to retire the Rockies 1-2-3. Including a strikeout of Garrett Hampson, his first of his outing.

Stroman needed just 10 pitches to get through an unusual third inning. After striking out Josh Fuentes and walking Dom Nunez, Senzatela laid down a bunt that Stroman fielded and threw to Lindor. He dropped the ball on the transfer meaning the Mets were unable to turn the double play. That didn’t hurt the Mets as two pitches later, Tapia grounded out to Lindor to end the inning.

The Mets defense shined in the fourth inning behind Stroman. McNeil made a dazzling play running to his right to retire McMahon for the first out of the inning. Brandon Nimmo made an beautiful running catch in deep right center to retire Story. Pete Alonso fielded a hard-hit groundball off the bat of Charlie Blackmon to end the inning.

With one out in the fifth inning, Hampson hit a seemingly normal pop up to right field. Conforto shaded his eyes with his right hand, battling the sun before he found the ball and made a nice diving play, helping Stroman on his way to his fourth 1-2-3 inning in five innings of work.

Stroman cruised through the sixth inning, inducing a popup, a lineout and a groundout on just 11 pitches.

To begin the seventh inning, Stroman and Alonso combined for a nice 3-1 groundout retiring McMahon. The Rockies collected their second hit of the day thanks to a Trevor Story double, the first runner to reach second base for the Rockies. Charlie Blackmon would drive in Story with an RBI single to right center, cutting the Mets lead in half. Stroman bounced back, striking out C.J. Cron and Josh Fuentes to end the inning.

Stroman remained in the game to pitch the eighth inning. He made an awesome behind back stab and made a seven hopper throw to Alonso to record the first out of the inning. Stroman struck out Dom Nunez and induced a lineout off the bat of Yonathan Daza to cap off his fantastic outing.

Edwin Diaz came in to pitch the ninth inning for the Mets. Tapia lined out softly to Lindor for the first out of the inning. McMahon hit a deep fly ball that Nimmo caught on the warning track for the second out of the inning. Trevor Story dunked a single into center field to put a runner on base with two outs. On the first pitch to Blackmon, Trevor Story was caught stealing thanks to a perfect throw from James McCann thus ending the ballgame.

The Mets were facing veteran Antonio Senzatela entering his fifth season as a member of the Rockies rotation. It took him just seven pitches to retire the Mets 1-2-3 in the first inning, all on groundballs.

To begin the second inning, Pete Alonso pushed a lead off single down the first baseline. Michael Conforto followed this with a hard-hit double to right center (104 mph exit velocity) to put runners on second and third with no outs. Jeff McNeil swung at the first pitch, collecting an RBI groundout to give the Mets a 1-0 lead. No further runs would score as J.D. Davis grounded out and James McCann struck out to end the inning.

The Mets extended their lead in the fourth inning. With two outs in the inning, Conforto laced a single to right field for his second hit of the day. Jeff McNeil reached on an error by first baseman C.J. Cron. The Mets capitalized on this mistake, J.D. Davis ripped a single up the middle for his first RBI of the year, giving the Mets a 2-0 lead. McCann would ground out to end the inning.

The Mets would hit Senzatela very hard in the sixth inning but would only come away with one hit and no runs scored. Senzatela would be pulled after the sixth after throwing 78 pitches.

Facing Mychal Givens in the eighth inning, Brandon Nimmo crushed a lead off single off Givens’ glove. Nimmo stole second base and eventually reached third base on a wild pitch. The Mets would not capitalise as Lindor popped up to the third baseman, Smith and Alonso hit the ball hard for their outs. Before his pop up, Lindor looked to hurt his thumb on a foul ball.

The Mets have an off day on Monday before travelling to Chicago to face the Cubs. Taijuan Walker will get the ball for the Mets while the Cubs pitcher is yet to be announced.