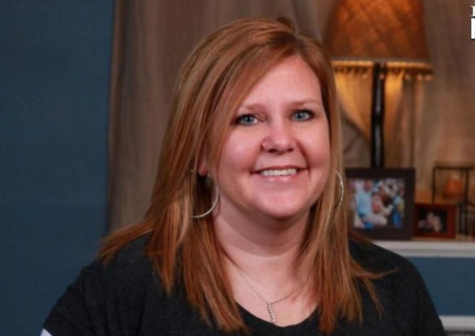 I assume you’ve all probably heard about the Mets’ signing of Taijuan Walker, but there was plenty more action around the league on Friday. Let’s hop into the action!

The Mets signed right-handed pitcher Taijuan Walker to a two-year deal, according to Andy Martino of SNY. Walker will receive $10 million in 2021 and $7 million in 2022, with a player option for 2023.

Two-time N.L. Cy Young Award Winner Jacob deGrom said he hadn’t thought much about his opt-out after 2022, but that the idea of staying a Met for life “is really cool”, per Anthony DiComo of MLB.com.

The Mets have reportedly checked in on free agent reliever Shane Greene, according to Pat Ragazzo of Metsmerized. Greene was an all-star back in 2019.

Luis Rojas made remarks on the Mets pitching depth in a press conference Friday afternoon, saying that things were looking really good. Rojas noted that Taijuan Walker can bring outstanding things to the Mets, and that relief prospect Ryley Gilliam and Sam McWilliams looked good, according to Michael Mayer of Metsmerized. Rojas also noted that Jeff McNeil is expected to see time at multiple positions this upcoming season, according to Tim Healey of Newsday.

Late Mets staffer Shannon Forde was selected for induction into the New York State Hall of Fame on Friday afternoon, according to Anthony DiComo of MLB.com.

Dominic Smith was a member of a panel for the screening of the Negro Leagues documentary “The Other Boys of Summer.” Smith remarked that last year’s protests surrounding racial injustice helped empower him to speak out on the issue, according to an article in Forbes.

The Mets are optimistic that relief pitcher Seth Lugo will not be out for very long, per Andy Martino of SNY.

The Yankees and long-time veteran Brett Gardner agreed on a one-year, $4 million deal to bring the outfielder back to the Bronx, including a player and club option for 2022, according to Mark Feinsand of MLB.com.

Rick Porcello and the Detroit Tigers have discussed a potential reunion, although the sides are still “a ways apart”, according to Jason Beck of MLB.com.

Former player Johnny Damon was arrested Friday afternoon on DUI charges with a 0.30 BAC. His wife was charged with resisting an arrest at the scene.

Former Met Steven Matz noted in a press conference that while he appreciated his time in New York, he is looking forward to pitching away from his home, according to Laura Albanese of Newsday.

According to Tim Healey of Newsday, Major League Baseball had 13 positive tests out of 4,336 taken so far at Spring Training, for a positivity rate of 0.3%.

The Pirates and former Met Todd Frazier agreed to a deal Friday afternoon, making him a non-roster invite for the club, according to Rob Biertempfel of The Athletic. Frazier will make $1.5 million if he makes the team.

The Tigers and free-agent pitcher Julio Teheran agreed to a deal to bring the right-hander to Detroit, according to John Heyman of MLB Network.

Michael Mayer wrote about the Mets’ seven players who were ranked in the top 100 players on MLB Network. Mayer also wrote about Jacob deGrom’s press conference and desire to be a lifelong Met.

James Schapiro wrote about his opinion on the Mets offseason, and how it hasn’t been “Wilpon-ian” at all.

On This Date in Mets History