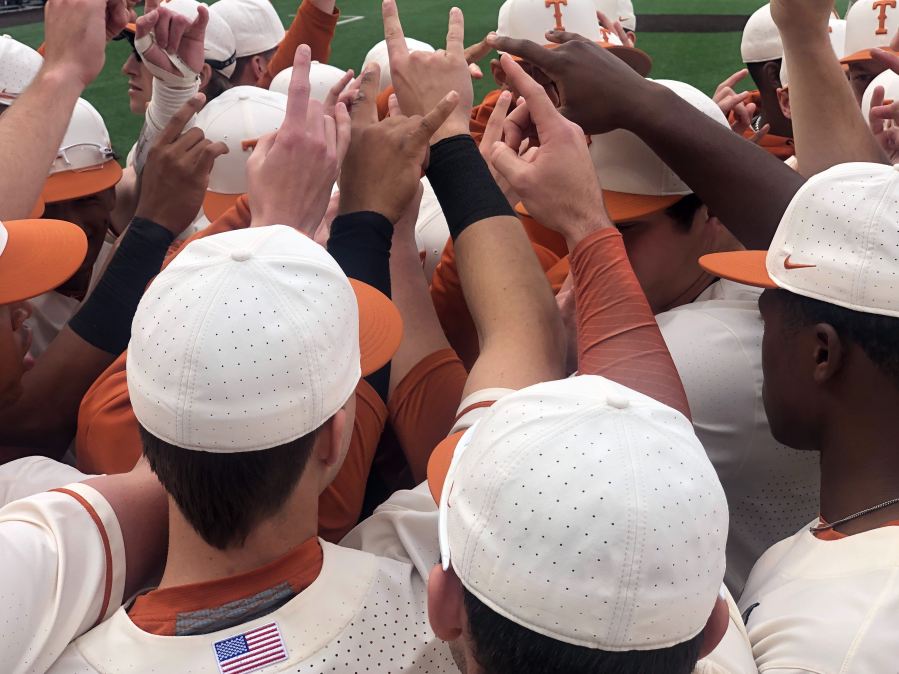 AUSTIN (KXAN) —During an incredibly trying week for everyone, let alone college athletes, the No. 9 Longhorns baseball team began their season in the State Farm College Baseball Showdown at Globe Life Park. The game did not go the Longhorns way, losing 8-3 to No. 7 Mississippi State.

Starting pitcher Ty Madden had some great moments but struggled in his four innings of work. Madden had five strikeouts and gave up 3 earned runs in his time on the mound.

“He probably tried to do too much. I know he’s always going to be ready to go and be prepared. But if he had established his slider it would have made a difference," head coach David Pierce said. "We didn’t want to keep pushing that after the fourth and push his pitch count up. Later in the year, maybe he pitches through that and we utilize the bullpen a little different as well. We are still working through how to utilize some of these guys and we’ll be a work in progress in the pen.”

The Bulldogs had a 5-0 lead at one point, but Texas cut into that thanks to a solo home run from Ivan Melendez. The home run was Melendez's first as a Longhorn after transferring to the Forty Acres from Odessa College.

“I like where he is and he is definitely one of the best hitters on our team and could be one of the better hitters in the country when its all said and done,” Pierce pointed out.

Of course, Texas doesn't want to make any excuses, but this was not a week where baseball was at the top of anyone's mind and Pierce acknowledged that it's been a struggle.

"“I’m not going to make any excuses, I think everybody has battled some elements, some weather and dealing with things back at home in their community," the head coach added. "We had good days of practice last Friday and Saturday and then we didn’t work out from Sunday to Wednesday, which definitely makes a difference with pitchers being sharp and timing. We had a very short workout on Thursday and traveled midday yesterday so we could get past the ice and snow and went to the ballpark for a workout. It was a quick turnaround but that’s not excuse, we just didn’t play well.”

Texas gets another chance tomorrow night at 7pm against Arkansas.