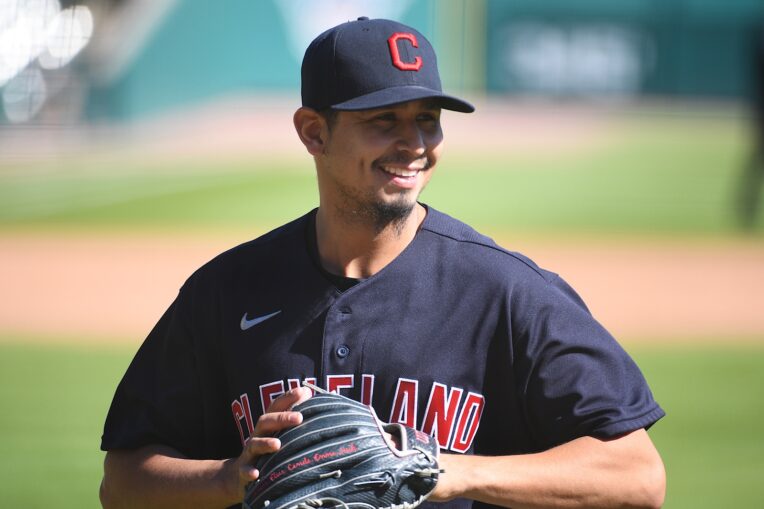 The New York Mets made headlines on Thursday as they acquired one of the most talented young stars in baseball today in Francisco Lindor.

The blockbuster deal gives the Mets a new face of the franchise, and the potential of a stalwart at shortstop for years to come — contingent on him signing a long term extension, of course.

However, the Mets also acquired veteran right-handed pitcher Carlos Carrasco in the deal. It’s easy to get overshadowed by the magnitude of Lindor, but Carrasco is far more than just a throw in.

Carrasco, 34 in March, began his professional career with the Philadelphia Phillies after signing with them as an undrafted free agent in 2003. He remained in their system until 2009, when he was dealt to Cleveland in the trade that netted Philadelphia ace Cliff Lee.

The Venezuela native debuted that year with the Indians, and had called Cleveland home for over a decade, until Thursday’s trade came to fruition.

Carrasco said after the trade that he is extremely excited to be a Met. Here’s a message the Mets Twitter account released as well.

Hey #Mets fans, @Cookie_Carrasco has a personal message for you. #LGM pic.twitter.com/YeuzTL7do1

Not only does Carrasco come with a favorable price tag (he’s in the third year of a four-year, $48 million contract and has a club option for 2023), he gives the Mets a strong No. 2 or No. 3 starter going forward.

What Carrasco also brings to the table is elite fastball and curveball spin (ranked by Statcast in the 87th and 94th percentile in 2020, respectively) and a high whiff rate, that Statcast had in the 82nd percentile.

Carrasco did however run into some health issues in 2019, as he was diagnosed with leukemia. It didn’t stop the artist known as “Cookie,” as he returned later that year to pitch and had a healthy 2020 season. This led to the righty taking home back-to-back American League Comeback Player of the Year Awards.

“I went through a lot,” Carrasco said after his first win upon returning. “But for me, I never put anything really bad in my mind. It’s always something good. And that’s what I did from Day 1 until now.”

This speaks to Carrasco’s overall character: he’s easy to root for.

In 2019, Carrasco won the Roberto Clemente Award, which “best exemplifies the game of baseball, sportsmanship, community involvement and the individual’s contribution to his team.”

Carrasco has dedicated much time, effort and money to organizations in his home country of Venezuela, as well as other countries including Africa and the United States.

“Just take my name off of this if I start doing stuff for awards,” he said about winning the award. “This is [meant to be] a great example of what people can do.”

MLB commissioner Rob Manfred added that the award is just testament to the excellent person Carrasco is.

“The Roberto Clemente Award is the most important individual player award due to the genuine impact that Major League Players have on those who are most in need,” Manfred said in a statement at the time. “Carlos, through his global philanthropic efforts, is an excellent example of someone who selflessly acts on behalf of the less fortunate and embodies the spirit of our game’s most celebrated humanitarian.”

From a fan’s perspective, it’s always easy to root for a player who lets his talents shine on the field, but when they are easy to root for off the field as well, it makes it an even more enjoyable experience.

The Mets are getting a dual threat: a good player, and an even better person.