Valtteri Bottas was at a loss to explain the "really weird" pace deficit of his Mercedes in the Azerbaijan Grand Prix which the Finn finished a lowly P12.

While teammate Lewis Hamilton raced among the front-runners all afternoon in Baku before a costly mistake took him out of the running for a win, Bottas was barely a contender for a top-ten finish in the 51-lap event.

Mired in the midfield, Bottas was not only unable to move up the order, the Mercedes driver lost several positions on the safety car restart after Lance Stroll's crash on lap 29 as he struggled with his tyre temperatures.

"It was a quite similar feeling to yesterday’s and also Friday," Bottas said after the race. "Mainly the main issue was lack of pace, and just not being quick enough.

"Today, quite early on in the race I could see that I just couldn’t quite match the cars ahead, especially when the Aston Martin was ahead of me, I just couldn’t keep up. Still, I’m confused and it’s really weird." 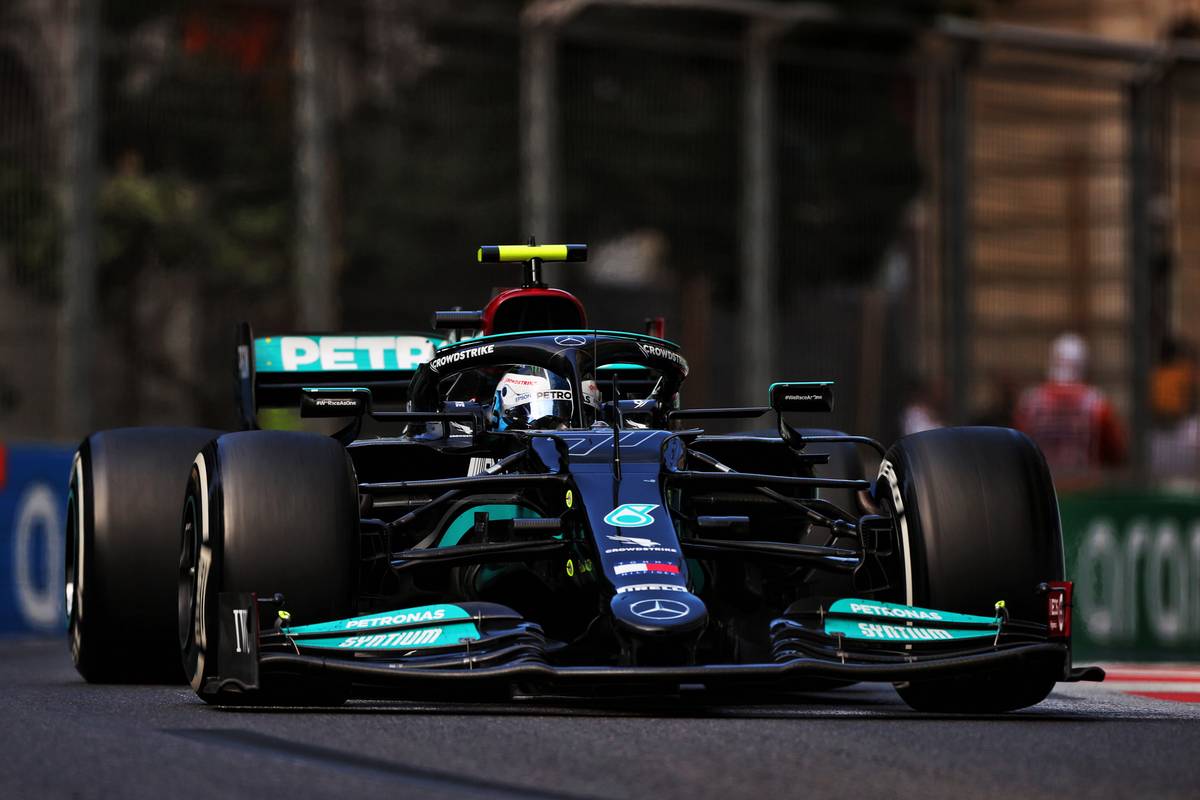 Bottas and Hamilton ran different rear wing configurations in Baku as Mercedes sought different options to improve the overall pace of its W12. But the Finn doubted the variation had been a factor.

"I think it’s something we need to review but we know it’s not going to be much, it’s going to be, maximum, one-tenth, so I don’t think that’s the key thing, because we started the weekend with the same wing and I’ve been behind Lewis all the time by quite a big margin," he added.

Bottas was left baffled by the consistency of his under-performance during the entire race weekend.

"I can’t remember having this kind of weekend before," he said. "Yes, there were a few weekends when I’ve had bad sessions but always, at some point, I had the pace.

"But this weekend it’s been all the time like this, and during the whole weekend I still haven’t understood what is wrong. I know myself where’s the limit and I cannot go faster than this, and then you’re still six, seven, eight tenths behind.

"It’s not normal, so it’s something we need to understand before going to France."