Lewis Hamilton says he never expected the FIA to include a formal apology in its Abu Dhabi Grand Prix report, but the Briton viewed as "a positive step" its admission of human error.

The FIA's report details the timeline of the events that occurred, and the procedures overseen by former race director Michael Masi and, more importantly, the factors that led to the latter's ill-fated decisions that tainted the final round of the 2022 F1 world championship.

The report acknowledges that Masi did not follow the proper safety car procedure ahead of the race's restart, although it was asserted that he acted in "good faith" despite the "human error". 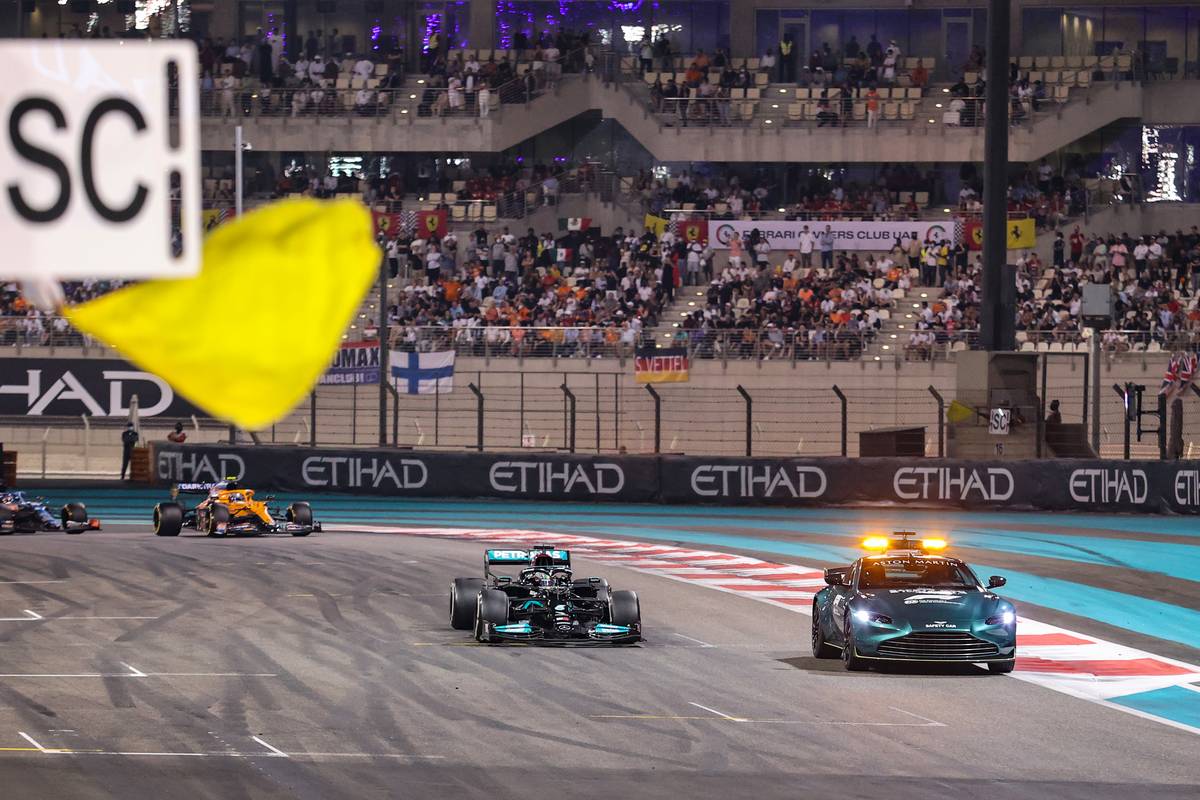 As the principal victim of the race's botched procedures, who lost the world title to arch-rival Max Verstappen, Hamilton has obviously taken a keen interest in the report which he planned to read.

"I’ll read it maybe after the weekend or something like that,” Hamilton said in Bahrain.

"Look, I wasn’t expecting an apology, and it’s not really something I’m really focused on. We know that’s the way it is, and that wasn’t going to probably happen.

"The fact is that at least there is that transparency at least, admitting it’s a human error, I think that’s a positive step. We can’t go back, unfortunately, and change the past.

"So I just work at focusing on doing what I can do now, and trying to shape the future, working with this team, trying to get this car into a window. We’ve got a bit of work to do."

Ahead of the report's release, Hamilton had talks with FIA president Mohammed Ben Sulayem, and agreed to make a charitable donation of €50,000 rather than a fine to cover his breach of F1's sporting rules when he failed to attend the FIA's prize-giving gala last December.

Mercedes F1 boss Toto Wolff agreed with Hamilton that the inclusion in the report of an admission of human error was important to underscore, and an element that should help everyone "close the chapter" on Abu Dhabi.

"Whether the report is complete or not or weak or hard, I think to release it is a good step forward in terms of governance, and you can read it either way," Wolff said.

"I think for us, there is the sentence or the words that say human error, and human error and the acknowledgement of it is very important, and now we close the chapter.

"I know it’s come out today, but I’ve not been thinking about Abu Dhabi any more since our car has proven to not be competitive on the track for this year."