Light NW wind at 0900 and chest to shoulder high set waves to go with it at Dee Why beach. As with yesterday, it was fairly shutty-downy and busy, but there were definitely a few makeable ones in the mix for the 20 or so people working the main peak. Over at the point it was a repeat of yesterday as well, with smaller on average waves and much longer waits between sets. Next tide of the day is 1.53m high at 1205. Swell at sea was 1.6m at 10 seconds and coming from the SE.
The Bureau says it’ll be NE around midday.
Here’s hoping for tomorrow morning, when we could have cloudy skies but some residual south swell and reasonable winds for the early. There’s an 80% chance of showers and then it looks as though we’re in for another stretch of La Nina rainy weather for at least a week. Hope it doesn’t make the water woofy again as it’s only just getting reasonable looking again (Beachwatch says most spots are unlikely to be polluted this morning). 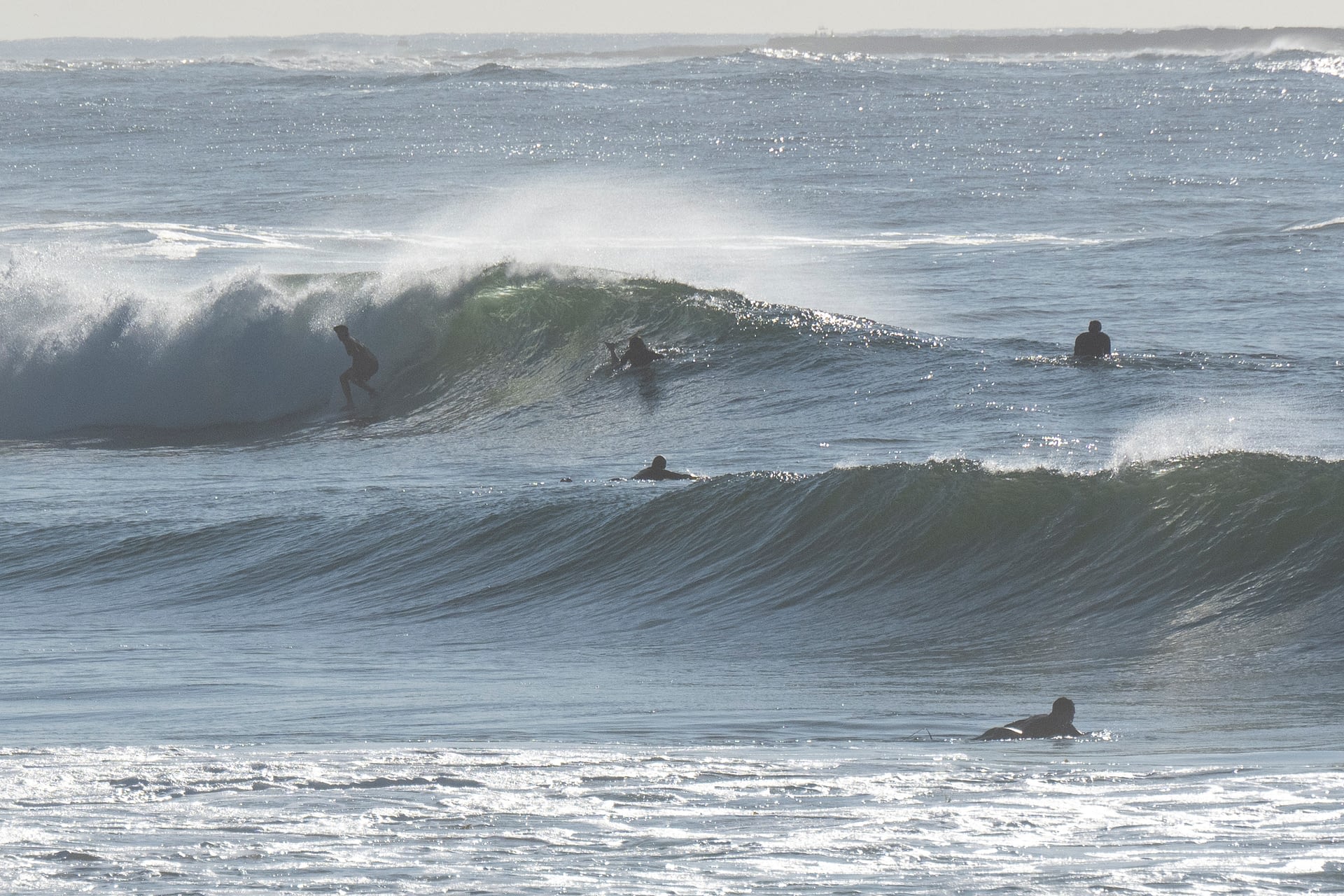 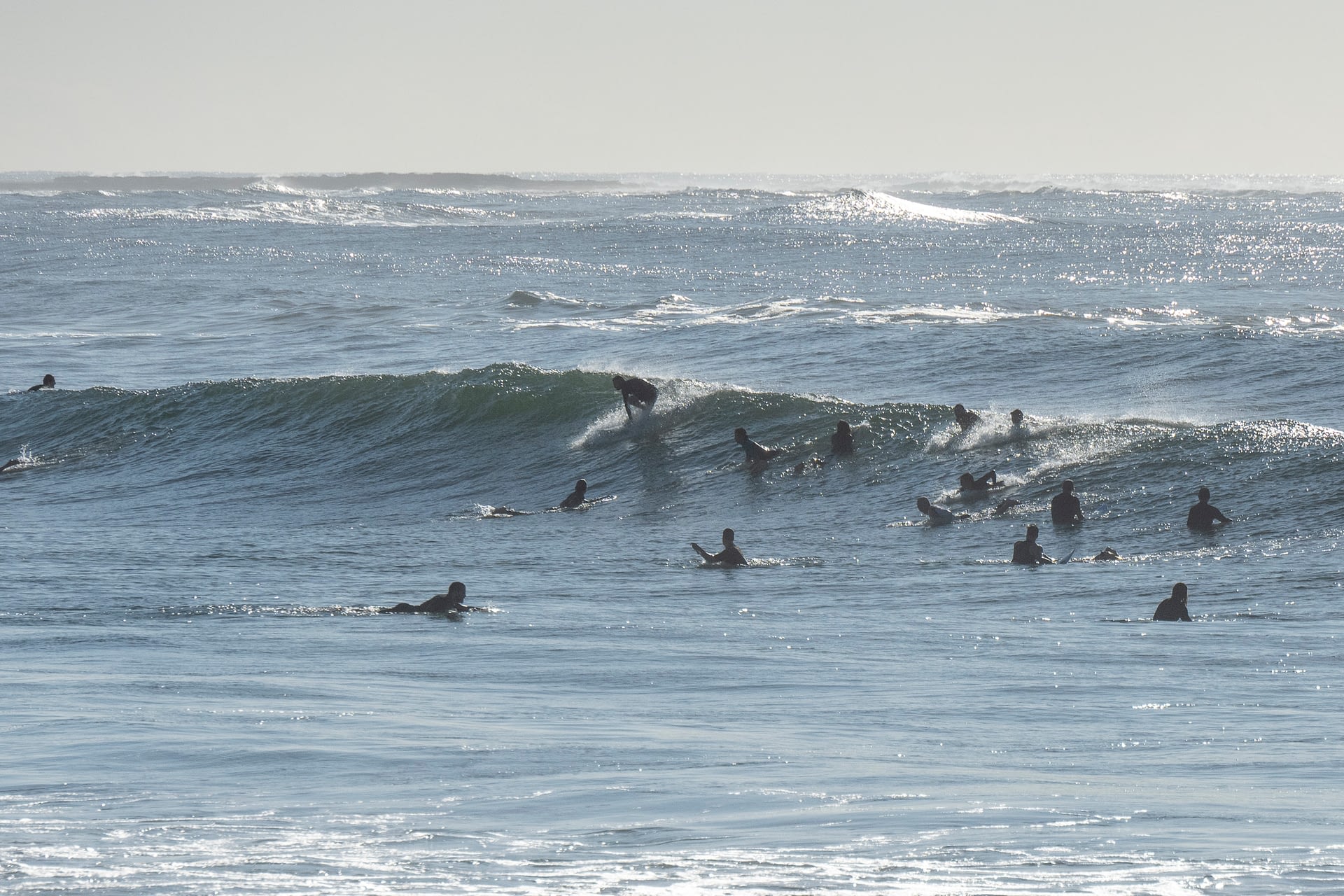 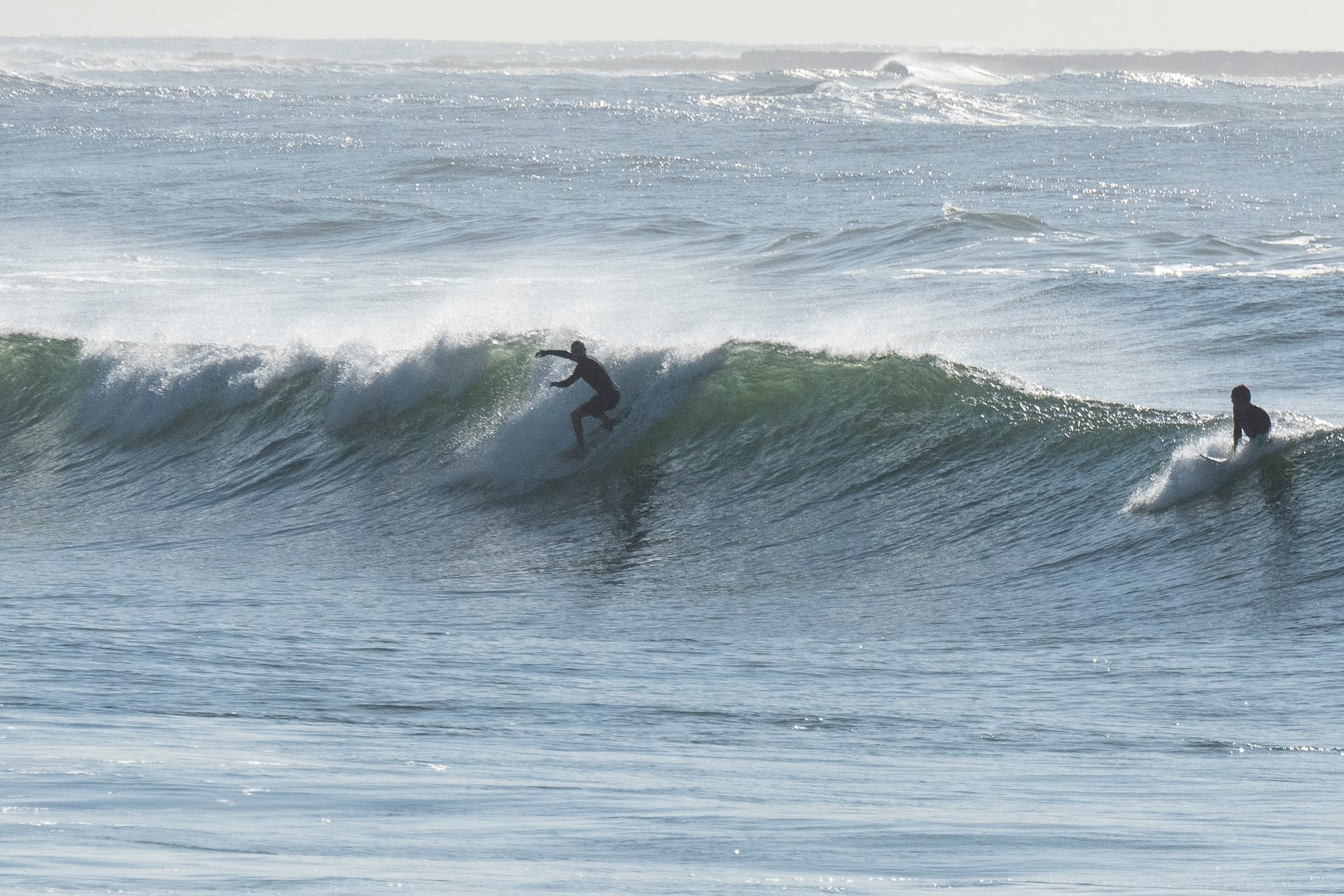 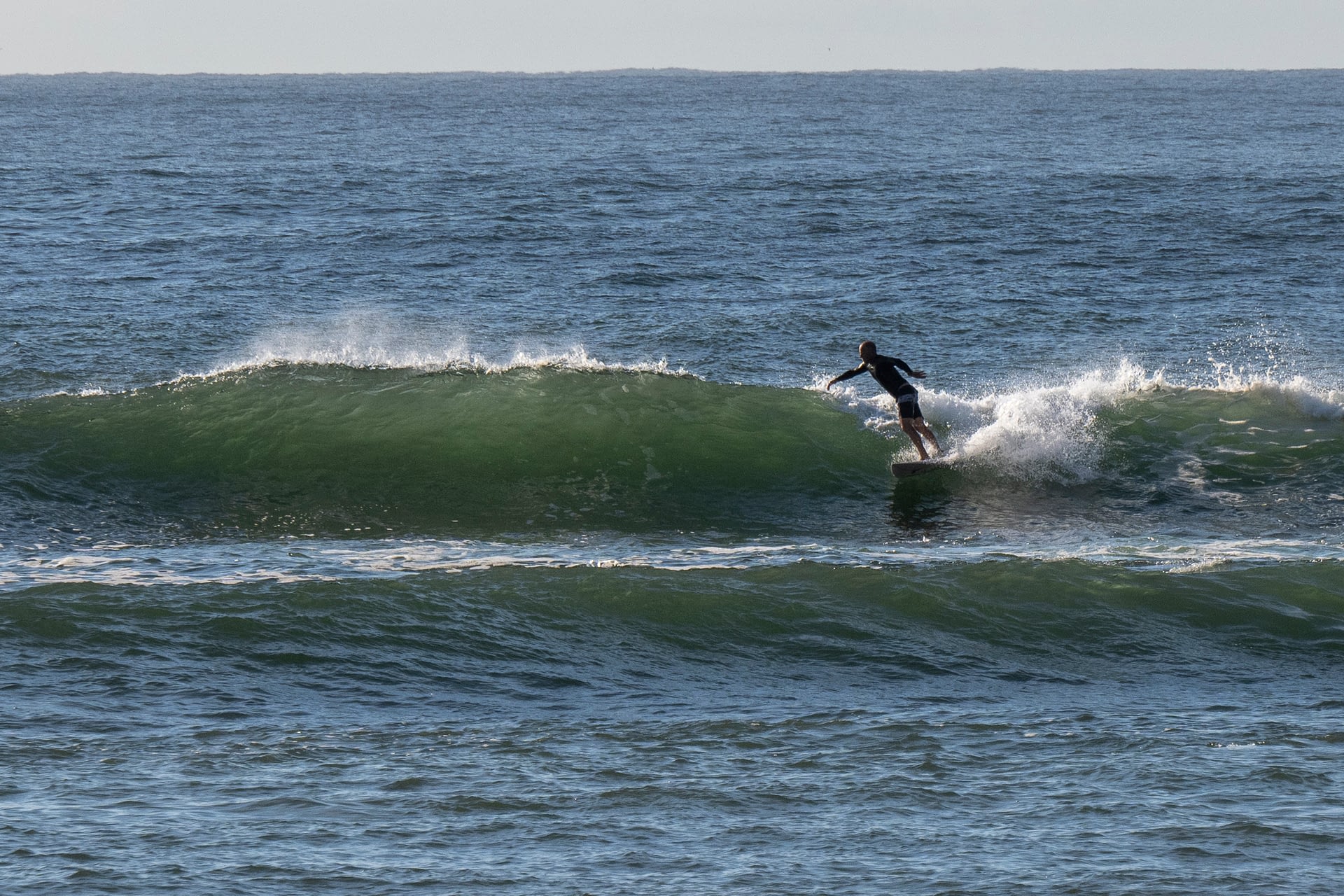 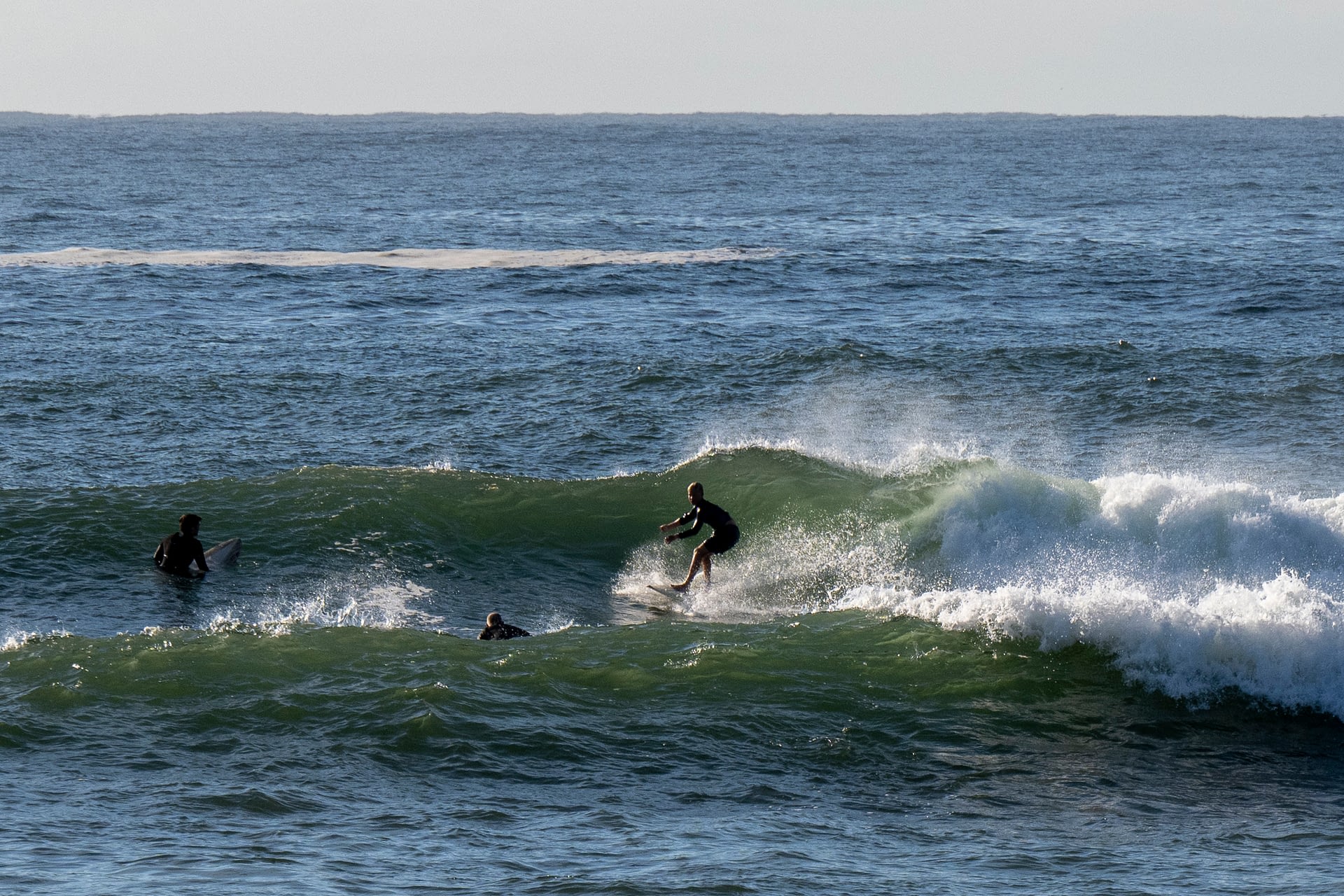 A ridge along the New South Wales coast will move east into the Tasman Sea over the coming days, ahead of a southerly change expected Wednesday. Generally easterly flow, with a slow moving trough near the coast, dominates thereafter.

Forecast for Tuesday until midnight

Winds
Variable about 10 knots becoming north to northeasterly 15 to 20 knots in the middle of the day.
Seas
Below 1 metre, increasing to 1 to 1.5 metres during the afternoon.
Swell
Southeasterly 1.5 to 2 metres.
Weather
Mostly sunny.

Winds
Northerly 15 to 20 knots shifting southerly 20 to 25 knots in the middle of the day.
Seas
1 to 1.5 metres, increasing to 1.5 to 2 metres around midday.
Swell
Southeasterly 1 to 1.5 metres, tending southerly around 1 metre by early evening.
Weather
Partly cloudy. 60% chance of showers. The chance of a thunderstorm inshore in the morning, possibly severe.