It looks as though if you weren’t in the water before 0730, you missed the hour or so of light offshores. The southerly’s with us now, and  by the time I took the pictures at Dee Why around 0900, it had deteriorated quite a bit. Conditions were better along the mid to southern Manly stretch where the wind was more sideshore. Size was in the chest high range give or take.

Dial those expectations way down.

We’re heading into an extended run of showery weather and mainly onshore winds. Tomorrow is not looking hopeful at all, but there might possibly be some little bumps for Friday morning and then an influx of SE enery into the 1.5+ m range from Saturday through Sunday. Might even be kinda fun on Sunday morning…

Stay well, take the mask for inside spaces because the latest Omicron varient is sending cases up pretty quickly from the look of it. 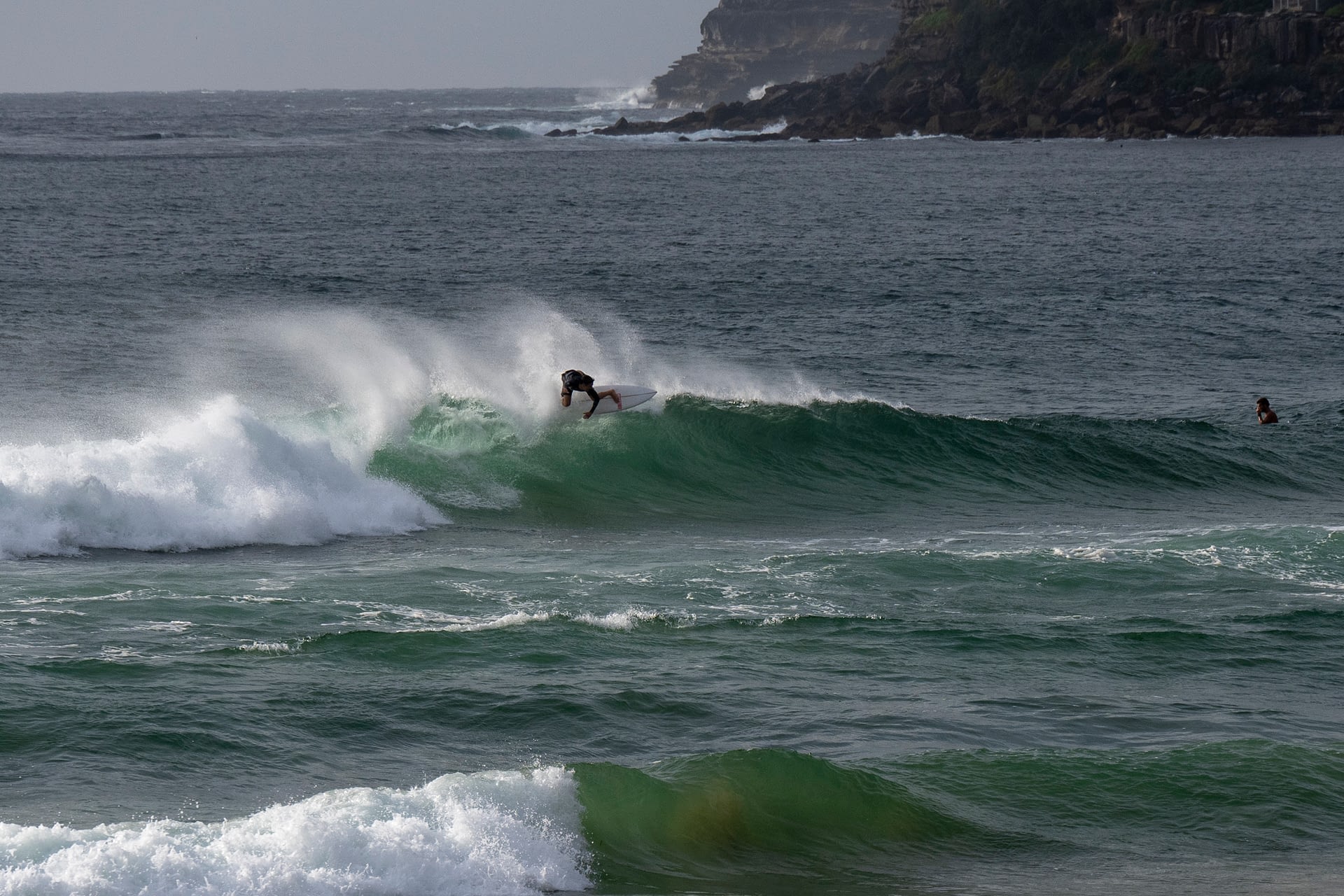 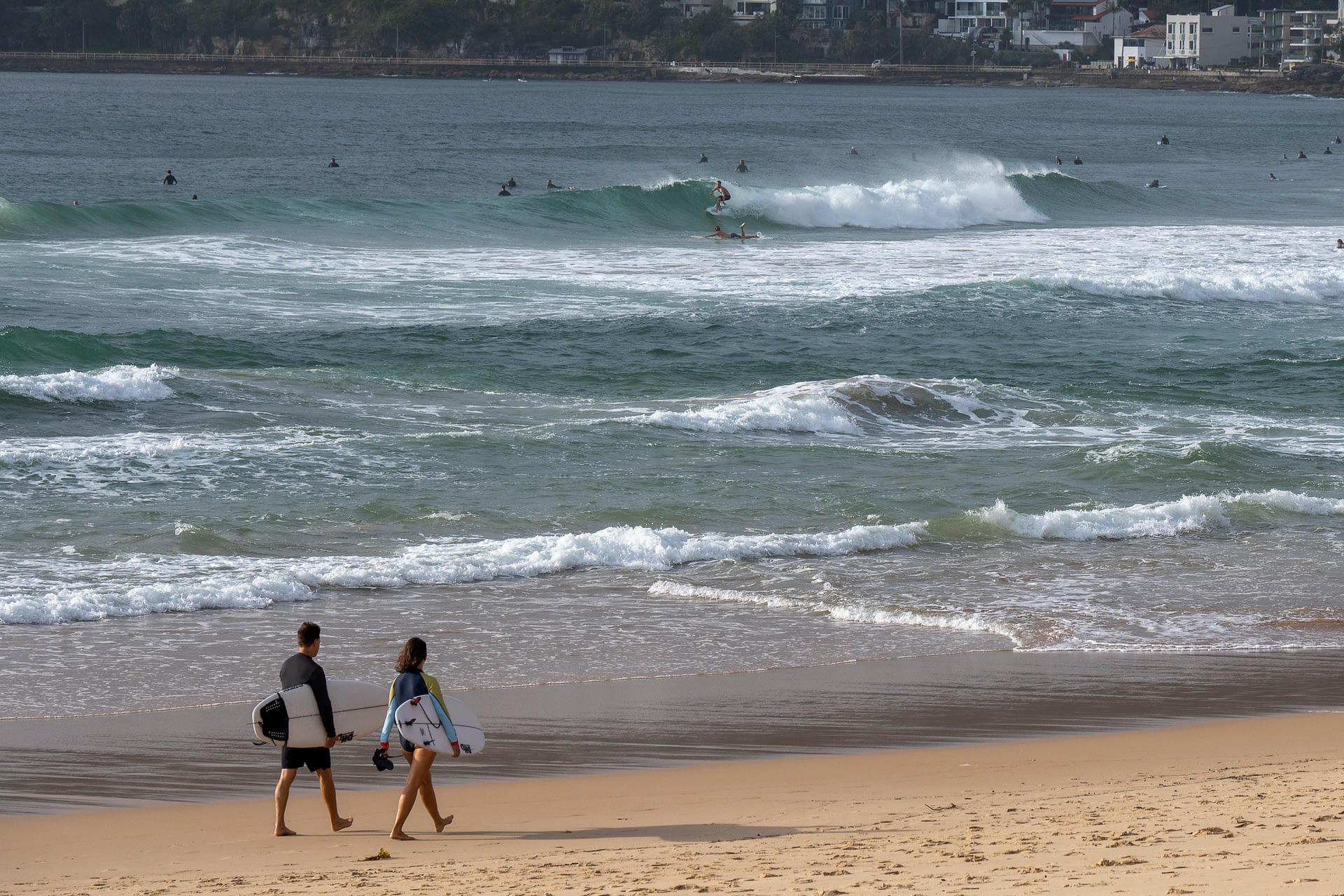 A ridge of high pressure extends along the New South Wales coast while a trough is moving north along the south coast bringing a fresh to strong southerly change. The trough is expected to weaken as it moves north during today. After this, the trough is forecast to linger near the northern coast for the remainder of the week with east to southeasterly winds predominating.

Forecast for Wednesday until midnight

Winds
North to northwesterly 10 to 15 knots shifting south to southeasterly 15 to 25 knots during the morning. Winds reaching up to 30 knots offshore in the early afternoon.
Seas
1 to 1.5 metres, increasing to 1.5 to 2 metres around midday.
1st Swell
Southerly below 1 metre, increasing to 1 to 1.5 metres by early evening.
2nd Swell
Southeasterly 1 to 1.5 metres, tending easterly around 1 metre by early evening.
Weather
Partly cloudy. 60% chance of showers. The chance of a thunderstorm in the morning and early afternoon.

Choppy and tiny for Monday morning
Yesterday 20:44Real Surf
Clean conditions but only small waves
04 Feb 2023 21:32Real Surf
Long waits for the sets with much flatness between
03 Feb 2023 20:37Real Surf