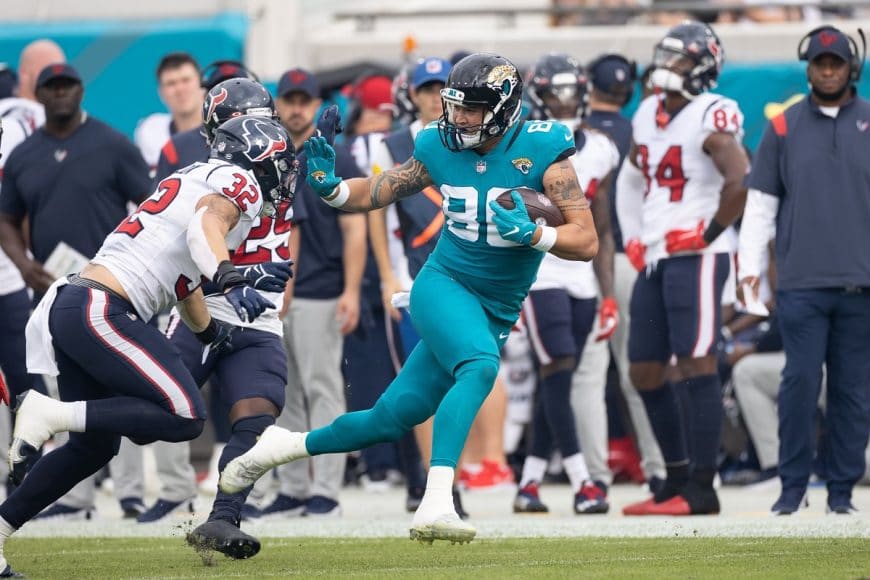 James O’Shaughnessy is that classic underdog story. He went to college at a small school in Illinois State. He was rarely a significant factor in their passing game as a tight end but still managed to stand out enough to get drafted in the 5th round by the Kansas City Chiefs. He survives two years but fails to make a notable impact, gets traded to New England in 2017, and cuts before the season begins.

Then he signs with the Jacksonville Jaguars, helps them go to the AFC championship that same year, where they lost to, yep, the Patriots. From there, he endures one of the most brutal team collapses in recent sports history as the Jaguars disintegrated into a national punch line. All of this while O’Shaughnessy had a minor career breakout. Becoming a free agent this year, he’s 30-years old with uncertain prospects.

Then something unexpected happens.

The Chicago Bears call him expressing interest. What happened next was as predictable as the Mississippi flows into the Gulf of Mexico. O’Shaughnessy explained his reaction to Patrick Z. McGavin of the Naperville Sun. Needless to say, there was zero hesitation.

“I’ve been fortunate enough to play in this league for some time. To have the opportunity to come home for the team I grew up watching is the definition of a dream.

“It’s a sentence you write in a children’s book.”

“I had another visit prior to my meeting with the Bears. Having my hometown team show interest, as soon as I heard that, my agent jumped on the opportunity to see if we might make something happen.”

Contrary to popular myth, many players never realize their dream of playing for the team they grew up watching. They’re either out of the league before it can manifest, or the opportunity isn’t available. The timing had to be perfect for James O’Shaughnessy, and it was. Not only did the Bears have several tight end spots come open, but they also employed a GM in Ryan Poles that helped draft him to Kansas City back in 2016.

Sometimes the fates smile upon you. O’Shaughnessy has a strong chance to make the roster with his blocking experience and understated ability to catch passes. It would further an already great story if he managed to help them win some games this year.