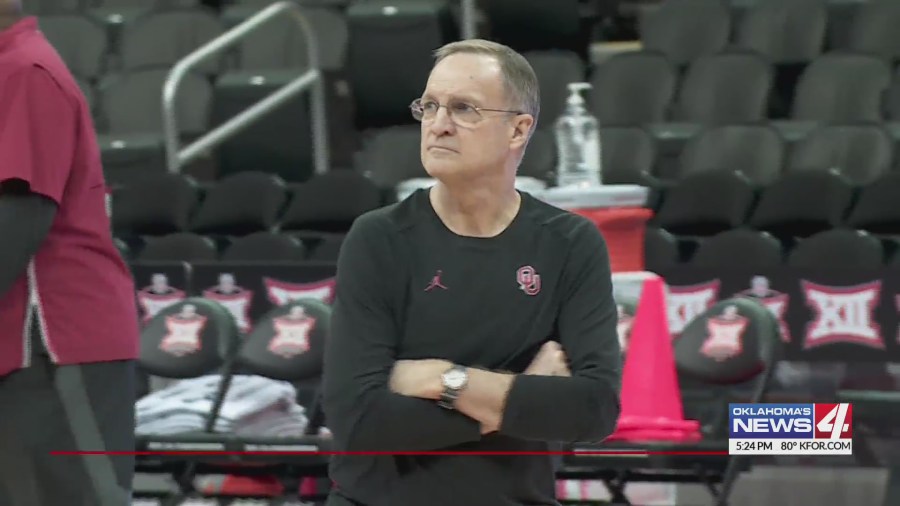 Oklahoma entered their game with Iowa State looking to break a surprising trend. Picking up their first W there since 2011.

Oklahoma got off to a great start going on a 10-2 run, six of those points coming from the stripe. The Sooners did it in array of ways. De'Vion Harmon hit a tough and one layup, Alondes Williams threw down an alley-oop, along with Viktor Iwukor. Before OU knew it, their lead had grown to 21 points.

Austin Reaves hit a big three to help give OU a 41-25 lead at the half. Whatever Steve Prohm said at halftime though worked for the Cyclones. They went on a 13-0 run to open the second half.

That run culminated with a Jalen Coleman-Lands three which actually gave Iowa State their first lead of the game 46-45. Coleman-Lands finished with 13 points.

But Oklahoma didn't want to become Iowa State's first conference win of the season. Umoja Gibson sparked a 16-4 OU run by hitting a transition three. He had ten points for the Sooners.

Harmon added a couple of key buckets during that run to help OU. He had 10 points.

The game was put on ice when Austin Reaves drilled a game clinching three pointer. He had a game high 20 points. The Sooners shot 40 percent from the field as they took down Iowa State 66-56.

The win snaps OU's nine game skid in Ames. They move to 14-5 (9-4). The Sooners gave up 16 three pointers in the first meeting to just four in the second.

Next up for Oklahoma, the Sooners look to snap another long losing streak at the road at Kansas State on Tuesday the 23rd.