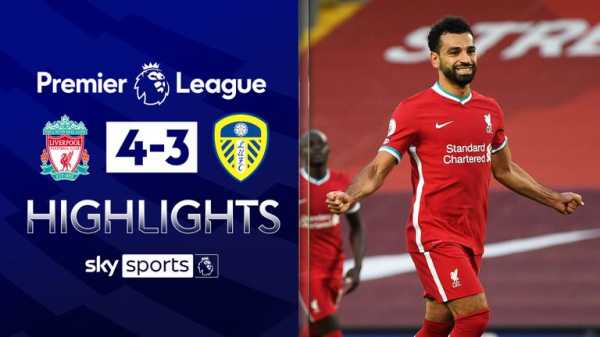 2:59 FREE TO WATCH: Highlights from Liverpool’s win over Leeds in the Premier League

Liverpool started the season with three points, but three soft goals conceded at Anfield against Leeds. Having conceded 16 goals in their last nine games, is there cause for concern?

Sky Sports’ Gerard Brand on the Pitch to Post podcast:

“It was entertaining, but I think Jurgen Klopp would have preferred a disciplined 1-0 win if I’m honest. The goals they conceded were deeply concerning.

“Let me put it simply: you don’t win titles with a leaky defence. Never have, never will. Liverpool have conceded 27 in their last 16 games, or more recently 16 in their last nine games, which is 1.77 goals conceded per game.

“To put that into context for you: the last seven Premier League champions have conceded on average 0.83 goals per game, which is less than half what Liverpool are conceding recently.

“Go through every Premier League champion in the 38-game era, only three teams have conceded over 40 goals in a season. Three in 25 years! You don’t win titles without a watertight defence. You simply don’t.”

But Salah as sharp as ever 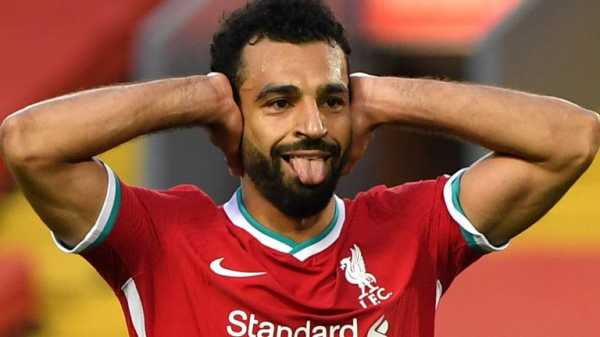 “The impressive thing was just how sharp Mo Salah was on Saturday. Gary Neville said how Mo Salah is starting to challenge the highest echelons of the top, top players in the world, up with Lionel Messi and Cristiano Ronaldo.

“What really impressed everyone was the unselfishness we saw from Salah. At times we’ve seen him guilty of maybe taking the shot on himself, but there’s a more mature aspect of his game now. That ability to pick the right pass when needed, or taking the option of going for goal.

“I think that first goal shows he’s fully fit, and sharp as anything. It really makes you excited for the rest of season, and what numbers he can rack up again.

“I know people have said in the past that his work rate isn’t the greatest, but I think Klopp has brought that out of him, and the way he’s involved in so many aspects of Liverpool’s play.

No fight from sulky Spurs 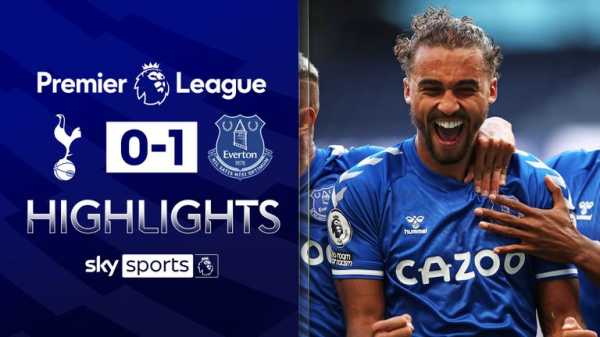 2:55 FREE TO WATCH: Highlights from Everton’s win over Tottenham in the Premier League

Jose Mourinho’s Spurs started the season in limp fashion, losing 1-0 at home to an impressive Everton side. Mourinho blamed a lazy press, and insists his side are not at the desired fitness. Are his excuses acceptable?

Sky Sports’ Gerard Brand on the Pitch to Post podcast:

“I wonder if the documentary has just highlighted everything about Spurs in a way they didn’t want, and put them on a pedestal of interest. When you’re rebuilding like that, is it not better to go under the radar?

“What stunned me was Spurs’ lack of fight. Their duel success rate was down at 37 per cent. That is low for a side who had even possession. In fact, it’s Spurs’ lowest since December 2018, and their lowest at home since March 2013.

“You can excuse a lack of match sharpness, that final ball maybe, but how do you excuse lack of effort and fight, particularly from a Mourinho side? They made nine tackles all game. Nine.

“I partially accept Mourinho’s excuse about general fitness, and how the summer has gone for them, but excuses have a shelf-life and can’t be recycled. It’s day one and he’s used a big one there.”

Back to the old Chelsea, which means expectation 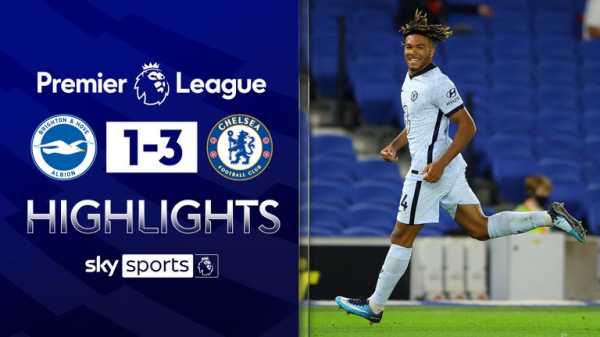 2:58 FREE TO WATCH: Highlights from Chelsea’s win over Brighton in the Premier League

Chelsea also got the new season under way with a 3-1 victory at Brighton, with two new signings featuring in Timo Werner and Kai Havertz. Was it a signal of intent?

Sky Sports’ Adam Bate on the Pitch to Post podcast:

“I think it was a case of job done at Brighton, I wouldn’t go much further than that and say it was any kind of statement regarding the title.

“I think £200m changes it a lot, and I think it changes the job for Lampard. There was so much focus last season on providing stability, coping without the new influx of transfers, and losing Eden Hazard.

“He did bring in young players, but there does seem to have been that shift just through one window, with the amount of money that has been spent.

“It’s back to the old Chelsea, and that means the old rules for a Chelsea manager, which means high expectations and winning trophies.

“I think third would be a good result for Chelsea. Because I think the gap is so big, and also the defensive issue needs addressing, and hasn’t been addressed yet. I think Thiago Silva has been a top defender for 10 years, but I think there’s a lot of variance in terms of what we can expect from him. He’s 35, has had eight years in France, is he going to solve it alone?

“Is Edouard Mendy the guy who is going to transform the team in goal? So there are questions to be answered defensively before we can say with any confidence that Chelsea are going to be challenging Liverpool and Man City.”

Catch the Pitch to Post Podcast before and after each round of Premier League games for bold predictions and expert analysis.