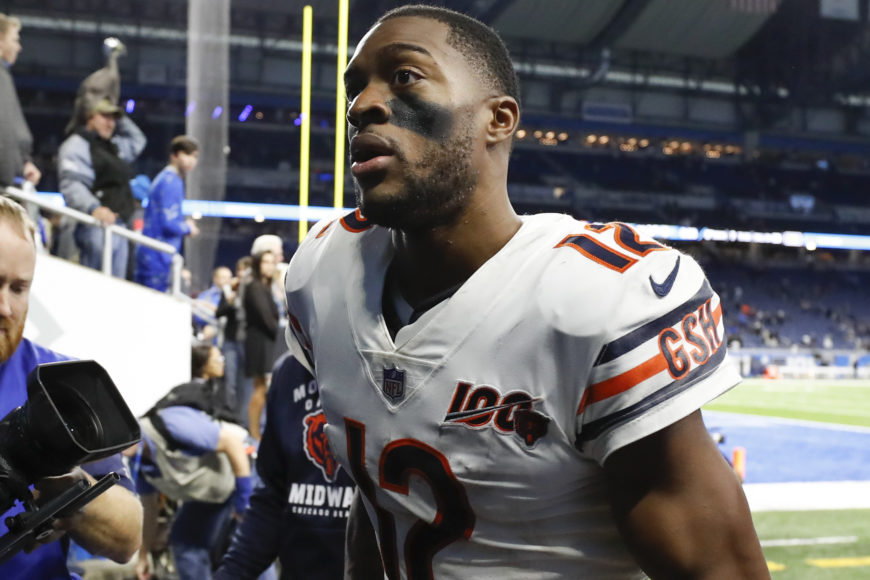 Allen Robinson is front and center in the news lately. That became inevitable after a wild Tuesday when a series of bombshells struck the Chicago Bears fandom in quick succession. It started with Robinson removing all Bears-related mentions on his social media platforms. Then buzz came out that he was feeling “disrespected” in contract negotiations. Last but certainly not least? The Chicago Tribune indicated that the receiver inquired about a possible trade.

Needless to say, Bears fans did not receive this news well. They view Robinson as far and away the best player on the offense. Considering how shaky that unit still is? Losing him would be nothing short of cataclysmic. GM Ryan Pace couldn’t possibly be that foolish. Could he?

Greg Gabriel doesn’t think so. The former Bears scout of several years took to Twitter recently with a revelation. He’d spoken personally to Robinson’s agent Brandon Parker. Does the receiver really want out? The basic answer is no. It is more frustration with how slow the contract talks are moving. He wants to get paid.

Parker indicates that the two sides haven’t stopped communicating. Give it time.

I got a DM from @B_Parker21 who is ARobs agent …. he said “everyone is treating this as a snapshot when it’s a motion picture”. In other words it’s a negotiation and it takes time. Be patient

Allen Robinson isn’t acting like a guy who wants out

From the moment this contract stuff really started to become a conversation, Robinson made one thing clear. He wants to stay in Chicago. He loves it here and noted that becoming the franchise’s all-time leading receiver is one of his career goals. Since then he’s offered no indication those feelings have changed. If he really wanted out, he would likely be voicing those thoughts to anybody who will listen.

These latest maneuvers reveal less a player who wants out and more one who wants attention. The best way to put pressure on the Bears to speed things up is by putting them in the national spotlight. It certainly worked for Alvin Kamara with the Saints. Odds are Robinson will get his money.

10 pro sports owners who have donated the most to political campaigns in 2019-20
11:49USA TODAY (sports)
Tax trouble: Neymar chased for €34.5m outstanding in Spain
11:11Inside world football
LeBron James and the Lakers are going to make this look so darn easy
10:00For The Win (usatoday.com)