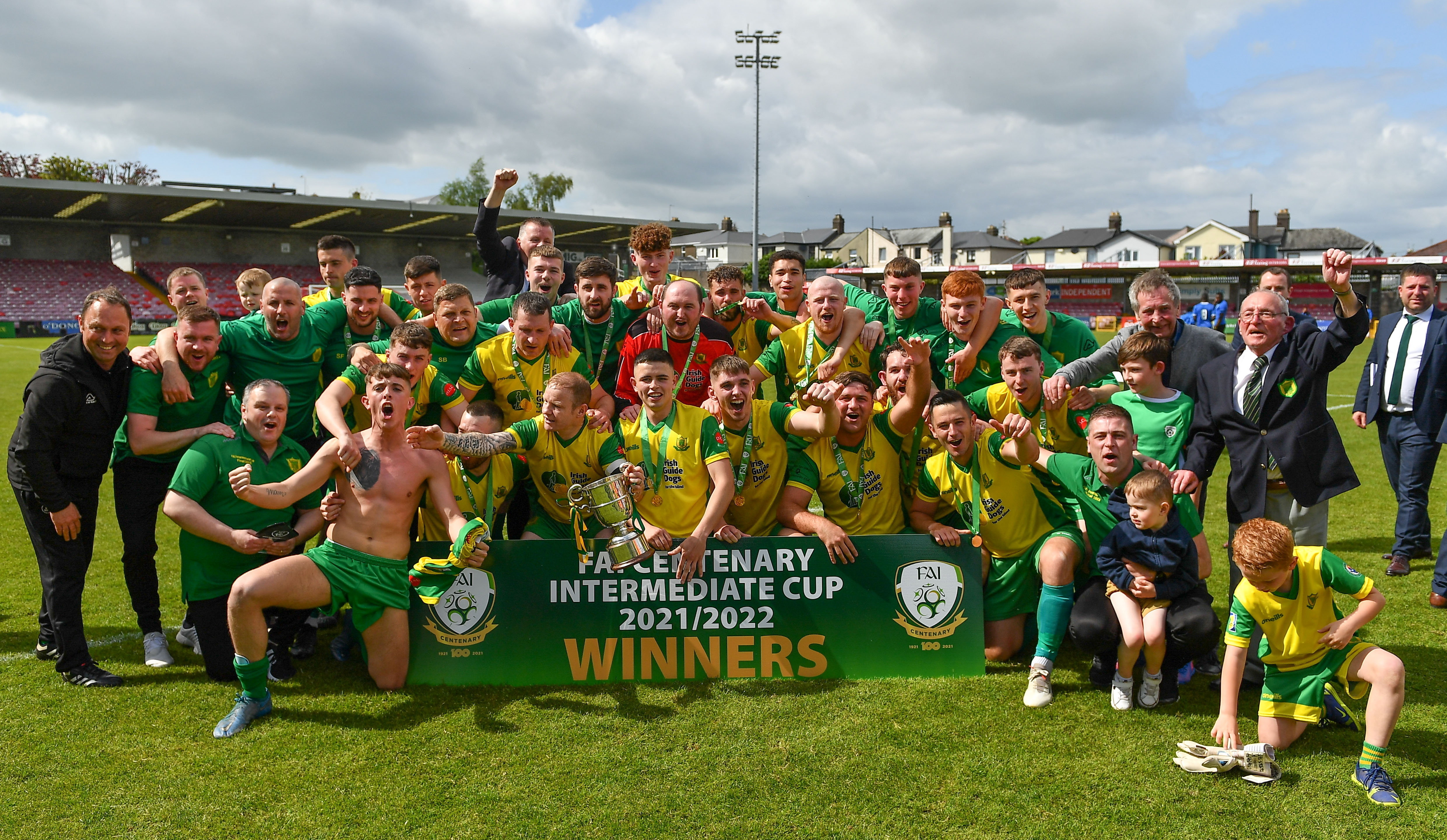 Rockmount settled well in the opening stages, with Luke Casey shooting over from long range and Niall Hanley going close with an effort inside the penalty area.

Rockmount were overall edging the exchanges in the opening half, with Luke Casey not that far away following a fine run and strike from long range.

Eoin Murphy threatened with a free kick from a dangerous position on the half hour mark. Bluebell showed they still possessed an attacking danger of their own, when from a corner kick Sodiq Oguntola headed over.

At the end of a competitive opening forty five minutes there was nothing to separate the teams and everything very much to play for. Rockmount were awarded a penalty kick in the early stages of the second half.

Casey went on a determined and charging run towards the penalty area, where he was taken down by Bluebell goalkeeper Erne Lemantovic. Eoin Murphy was the man that stepped up to take the Rockmount spot kick and he duly delivered, with a confidently taken strike to the bottom corner to put his team in control.

Rockmount were full of confidence at this stage and they almost got a second, when a powerful Luke Casey effort was saved by Lemantovic. Things got even better from a Rockmount point of view in the 65th minute when they were to double their lead.

From a well worked shot free kick routine, Danny Aherne put a lovely ball into the penalty area. On hand was Cian Murphy to powerfully head into the back of the net.

Despite the best Bluebell efforts to find a lifeline back into the contest, Rockmount managed the game well and saw the final out to a successful conclusion.

"It's fantastic. It is absolutely euphoric. The lads were brilliant, they kept their concentration on the day and we got the two goals in the second-half which we deserved," said Rockmount manager Eddie Kenny.

"It'll be a great night for the players and the people at the club. So much effort has gone into the season and whilst we've still got a job to do, we want to win the league and go unbeaten, but we'll celebrate this moment.

"I've always said that I think we've got the best two players in the league in Eoin (Murphy) & Luke (Casey) and they really showed their quality today and helped us get over the line."

Choose Site:
Domestic
Domestic Category:
Competitions
Introduction:
Rockmount have won the FAI Centenary Intermediate Cup for the fourth time after a 2-0 victory over Bluebell United in this decider at Turners Cross
Загрузка...