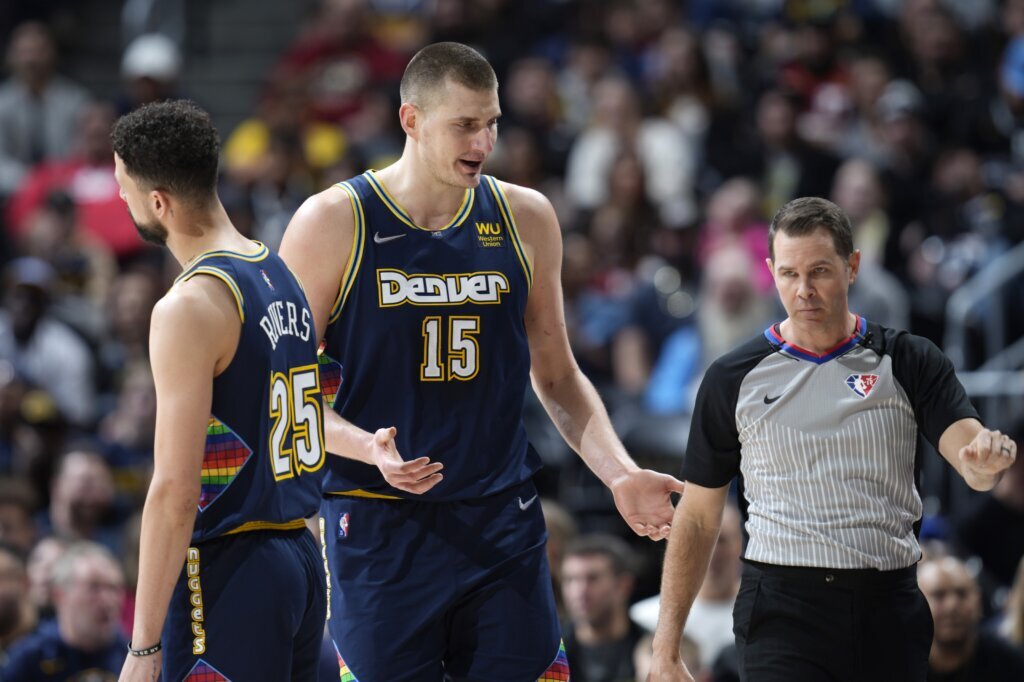 DENVER (AP) — Nikola Jokic bounced back from a rare poor shooting performance, scoring 30 points to lead the Denver Nuggets to a 127-115 win over the Los Angeles Clippers on Tuesday night.

Denver had lost four of six, including a 124-104 home loss to the Celtics on Sunday night in which Jokic missed 15 shots.

Against the Clippers, he was 9 of 15 from the floor — he also had two baskets that were waived off — and sank 12 of 13 free throws. He also pulled down a game-best 14 rebounds.

The Clippers dropped their fourth straight game. They have lost seven of nine overall.

Jokic’s tip-in appeared to give the Nuggets a 74-61 halftime lead but a review showed he touched it just a tick after the buzzer went off.

Jokic had a tip-in while being fouled with about six minutes left in the game, but the basket was waived off and the Nuggets got the ball out of bounds, then Will Barton missed a 3.

The Clippers chipped away, cutting a 14-point deficit at one point to 111-109. Morris and Jeff Green responded with back-to-back 3-pointers, and the Nuggets closed on a 16-6 run.

Hyland had four clutch 3-pointers, two in the waning minutes of the second quarter that helped Denver take an 11-point lead into the break. He had another that sent the Nuggets into the fourth with a 99-88 advantage and one that made it 107-95 after the Clippers had pulled within six points.

Clippers: The Clippers bench and Nuggets big man DeMarcus Cousins were assessed a double-technical foul at 7:39 of the second quarter. Roughly two minutes later, Clippers F Robert Covington was whistled for a technical while Aaron Gordon was shooting free throws after getting fouled on a 3-point try. Jokic stepped in and sank the technical foul shot before Gordon sank his third, giving the Nuggets a 55-48 lead.

Nuggets: The Nuggets shot 62% from the field in the first half and made 14 of 15 free throws. … Coach Michael Malone said F Zeke Nnaji may not play again this season. Nnaji has been dealing with bilateral knee soreness. “I don’t know when, or if, he’ll be back,” Malone said. “I really can’t say because I really did not anticipate he’d be out this long.”