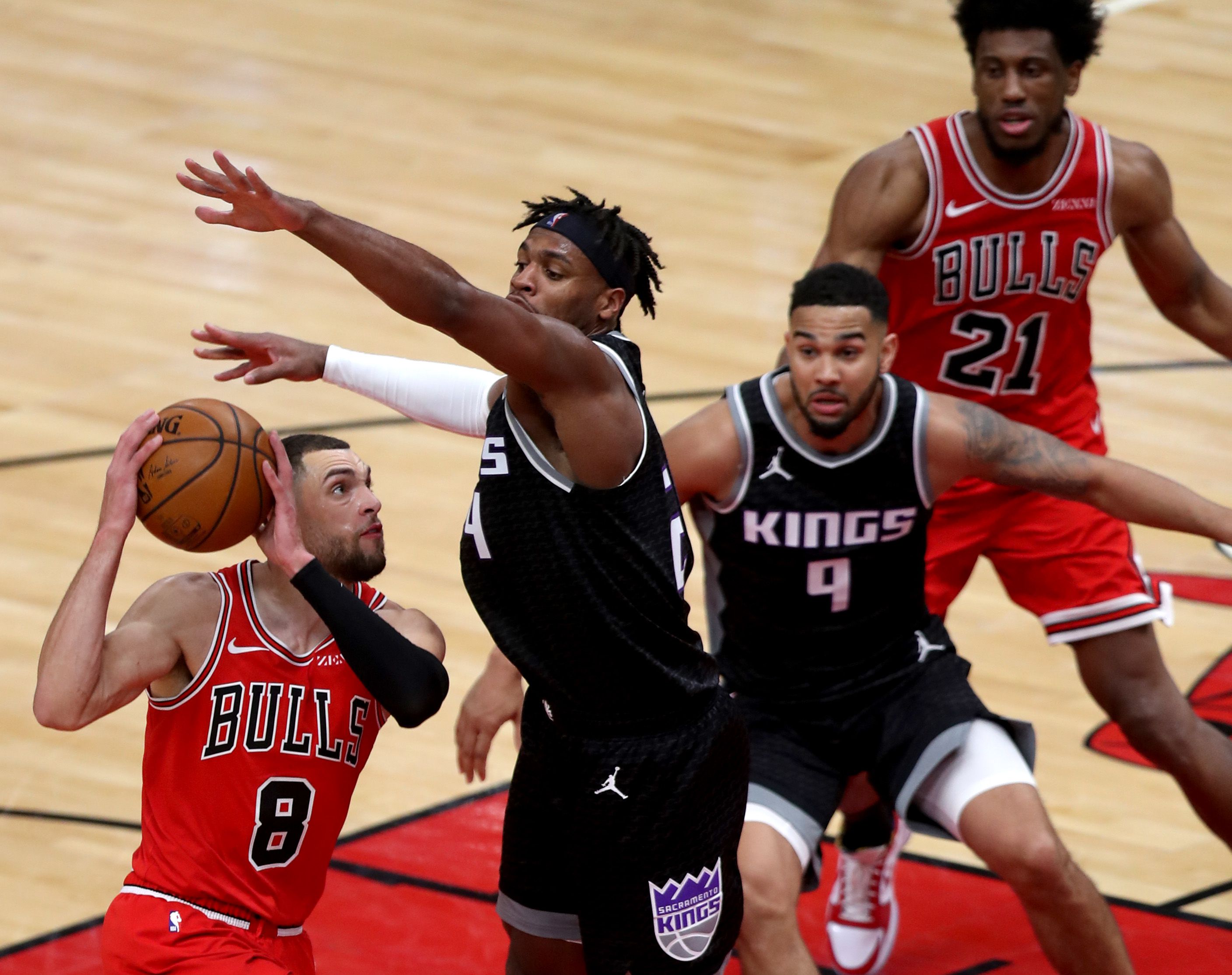 Zach LaVine scored a game-high 38 points on an efficient 15-for-20 shooting in the Chicago Bulls' 122-114 victory against the Sacramento Kings on Saturday night at the United Center. It was his fourth consecutive game with at least 30 points, a mark LaVine has reached in seven of nine February games.