Fikayo Tomori and Ismael Bennacer could not hide their frustration as they took to their official Instagram accounts reacting to Atletico Madrid‘s controversial win over Milan.

The Rossoneri suffered a 2-1 defeat at San Siro last night with a late spot-kick converted by Luis Suarez. 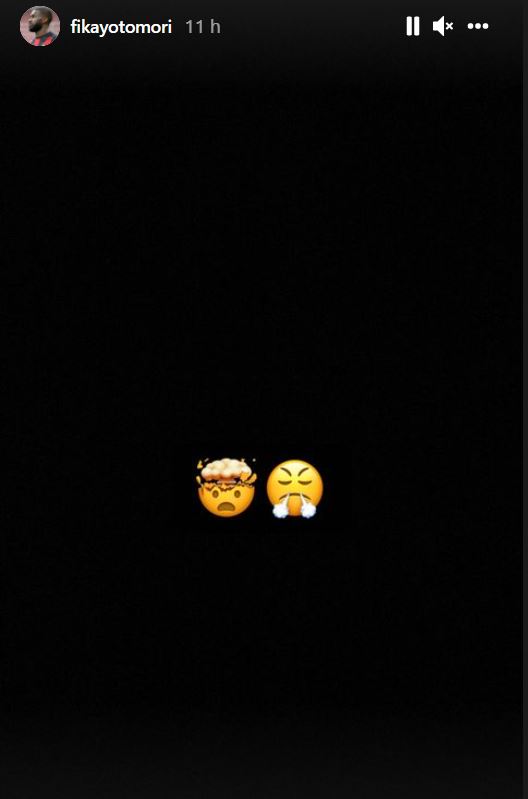 The penalty kick was caused by a Pierre Kalulu handball, but VAR didn’t see Thomas Lemar had handled the ball before the Milan defender so VAR should have revoked it.

It was Milan’s second defeat from two Champions League games so far this season.

Only three Milan players took to their social media accounts to react after the defeat. Among those former Chelsea defender Fikayo Tomori who posted an Instagram story with two emojis that describe quite well his and his teammates’ feelings after the final whistle.

Bennacer also took to his official social media accounts, posting a picture from the game and just writing: ‘Frustration…’

Rafael Leao, who had scored his first Champions League goal in the first half, shared a message in Italian: ‘I am sorry for the result, but I’m proud of my teammates. Thanks to all the fans for the support, Forza Milan always!’