MICHY BATSHUAYI had a case of Deja vu after having the ball smacked in his face yet again.

A video on Instagram shows the 27-year-old in training with team-mates including Christian Benteke with them casually pinging the ball about.

In the blink of an eye, the ball flies into the face of the striker with little time to dodge the incoming missile.

A video of the incident was posted on Instagram alongside the caption: “When love hits you hard… again.”

Batshuayi appeared to find the funny side, replying: “Rings a bell.”

The forgotten Chelsea man was referring to a hilarious moment during the 2018 World Cup in a clash against England.

After Adnan Januzaj opened the scoring, Batshuayi celebrated by picking the ball out of the net and booting it against the post.

The ball ricocheted off the woodwork and brilliantly bounced straight back into his noggin.

Batshuayi took it like a champ and wrote on social media: “Ahahha I knew I would be f***ed the minute I come to my mentions. Why am I so stupid bro s*** hurts.”

CASINO SIGN UP OFFER: GET £10 FREE BONUS WITH NO DEPOSIT REQUIRED 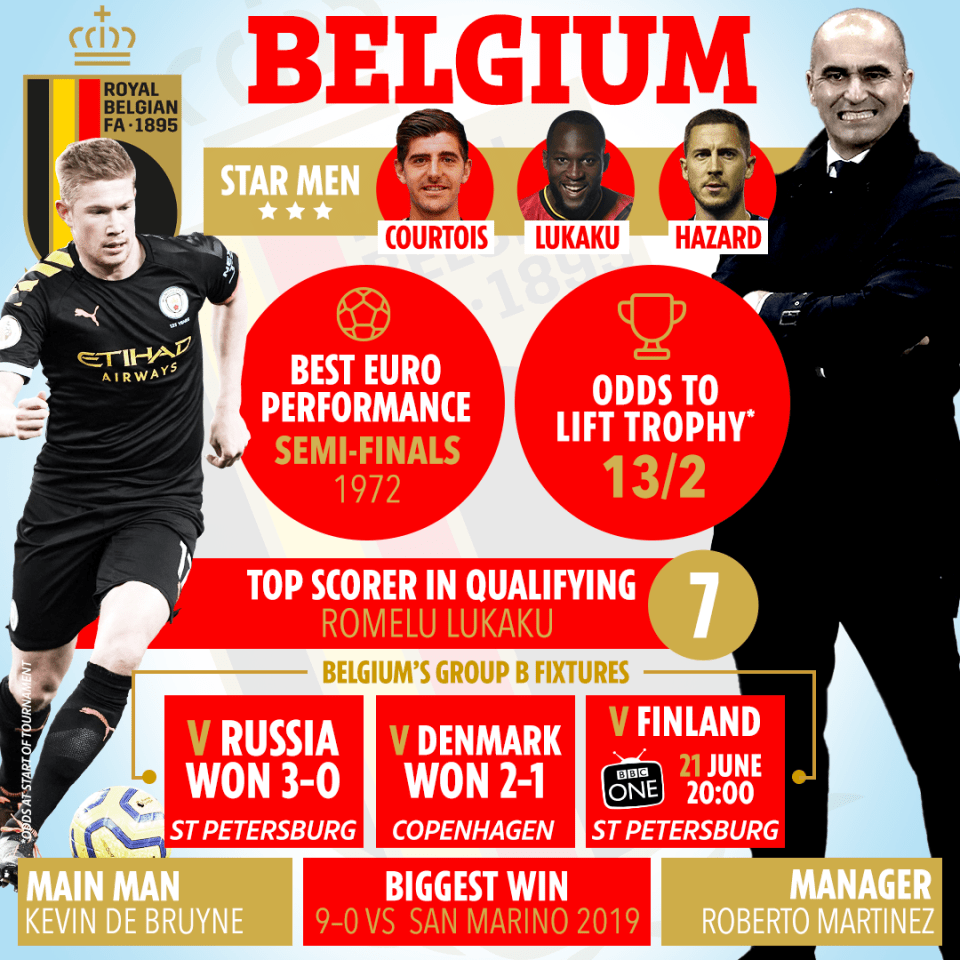 Why is Antonio Rudiger wearing a mask during France v Germany Euro 2020 clash?

Another added: “A similar blow in the World Cup.”

Belgium have already booked their spot in the Round of 16 after following up an opening 3-0 win against Russia with a 2-1 victory over Denmark.