THIBAUT COURTOIS has slammed his Real Madrid teammates after their embarrassing defeat to Barcelona last week.

The Whites were completely dominated by Xavi’s side throughout the game on Sunday.

Barcelona’s Ferran Torres and Ronald Araujo both got on the scoresheet, whilst Pierre-Emerick Aubameyang netted a brace to make the score 4-0.

After the game, Real Madrid goalkeeper Courtois shared his brutally honest opinion on the performance.

When speaking to Spanish television channel Movistar, he said: “Today we gave an unacceptable image for this club. 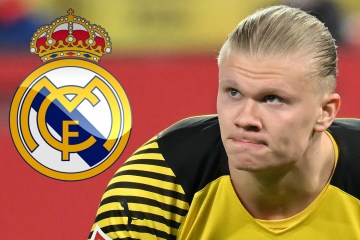 “There are players missing, but you didn’t notice that it was them that played Thursday (in Istanbul).

“They found a lot of space. We weren’t compact and weren’t able to keep the goals out.

“For the first goal, they anticipate better at the front post and we’re not switched on for the second either.

“After the break, we think we can come back, and after 10 seconds Ferran Torres is one on one with me.”

He added: “We will have to talk about the tactics internally.

“They haven’t worked at the start of the game or the second half, we have to discuss it internally, not here.

“We played with a false nine in the Copa and hardly had any shots and it was the same here.

“We started OK, we had a chance with Fede Valverde which Marc ter Stegen saved well, but from there we dropped off.

“We didn’t find the free man playing out and that makes it hard. Then in the second half, we cannot start like that.

“This badge demands that you fight and in the second half we did not. We could have lost by even more.”

Despite the result, Real Madrid still maintain a comfortable lead at the top of the league table, nine points clear of second-placed Sevilla.

They are also still in with a chance of winning the Champions League after coming from behind to defeat PSG 3-2 in the round-of-16. 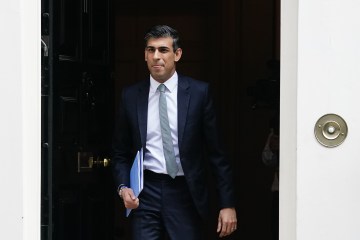 Rishi Sunak unveils Spring Statement - here's what it means for YOU

Ancelotti’s side will now face Chelsea in the quarter-finals.

Meanwhile, Barcelona have managed to climb back up the table after a very poor start to the season.