ARSENAL have a whopping £110MILLION worth of talent out on loan this season – the most of any Premier League team.

Mikel Arteta allowed 11 players to go out to other clubs and get minutes. 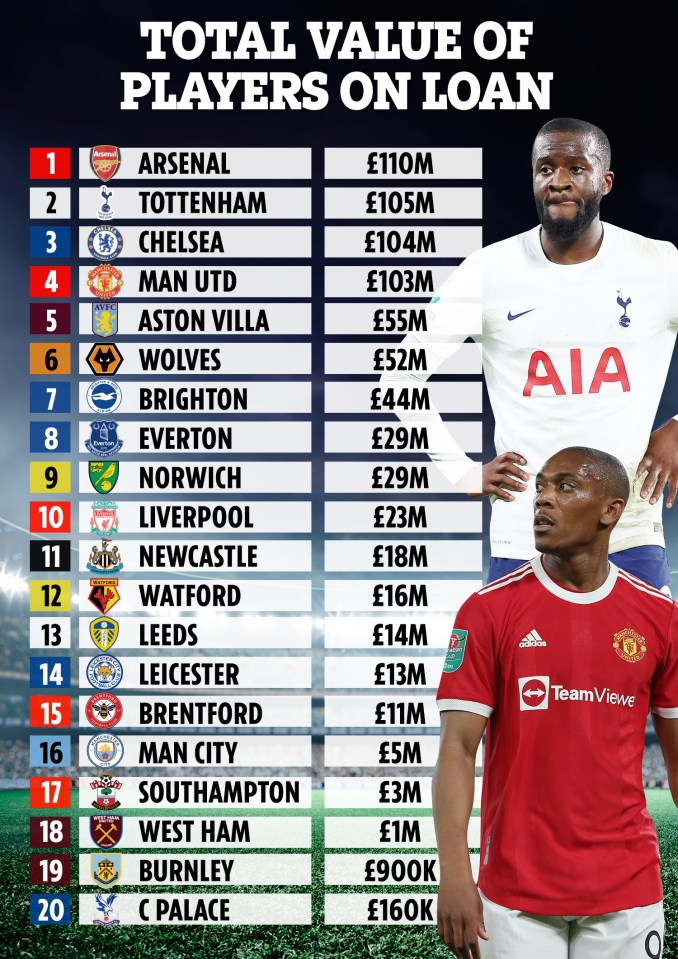 And according to BettingOdds.com, the total value of those players is £110m – with Saliba the most valuable at £21.6m.

The Gunners are closely followed by North London rivals Tottenham on £105m with Manchester United (£104) and Chelsea (£103m) right behind. 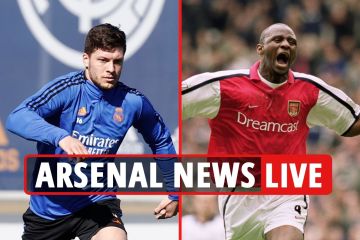 The Blues have the most accumulated salaries on loan at £30m in annual wages.

Spurs boast the biggest asset shipped out in the shape of Tanguy Ndombele.

The club’s record signing is worth around £34.2m but put his own money towards rejoining Lyon on loan in January.

Next on the individual list is Anthony Martial who traded United for Sevilla in the winter.

Trio Moise Kean (Everton to Juventus), Bryan Gil (Tottenham to Valencia) and Adama Traore (Wolves to Barcelona) all traded the Premier League for Europe and have market values of £25.2m.

There is a big gap from Chelsea’s £103m to fifth-placed Aston Villa whose players out on loan total £55m.

Liverpool are down in tenth on £23m, £6m less than Norwich while champions Manchester City have just £5m of talent away from the Etihad this term.

The Eagles have loaned out ten youngsters totalling just £150,000 in market value.

Tanguy Ndombele is the most valuable player out on loan from a Premier League club[/caption]
Загрузка...