SOUTH KOREA superstar Son Heung-min is set to wear a mask during his time at the winter World Cup – and it’s not to hide his identity.

The Tottenham Hotspur ace was almost ruled out of the huge Qatar tournament before confirming that he wouldn’t miss it ‘for the world’.

And now, Son has been pictured in training wearing a marvel-type mask.

Why is Son Heung-min wearing a mask?

Son Heung-min is wearing a protective mask following a fractured eye socket he sustained in a Champions League win a couple of weeks ago. 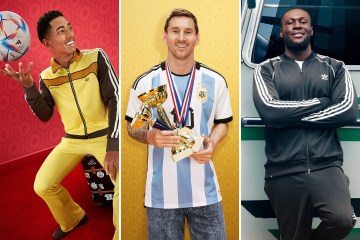 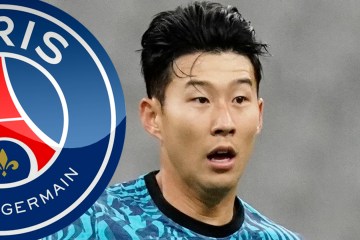 The Spurs star had a sickening collision with Marseille defender Chancel Mbemba’s shoulder.

And as a result, Son required immediate attention, before coming off the field early where he then needed to undergo surgery a few days later.

Thankfully for the South Korea captain, the surgery was a success and he was then called up to the Asian giants World Cup squad.

What has Son Heung-min said?

The Tottenham forward revealed how honoured he is to play for his country and that it will take a lot more than a fractured eye socket for him to miss the World Cup.

Son said: “Playing for your country at the World Cup is the dream of so many children growing up, just as it was one of mine too.

“I won’t [miss] this for the world. I can’t wai to represent our beautiful country. See you soon. Sonny.”

Everything you need to know about the World Cup

World Cup schedule: What are the kick-off times for ALL matches?

World Cup prize money – how much does the winner earn?

Who are the ITV pundits and commentators?

Who are the BBC pundits and commentators?

Meet England’s World Cup wags, who are staying on a £1bn cruise ship