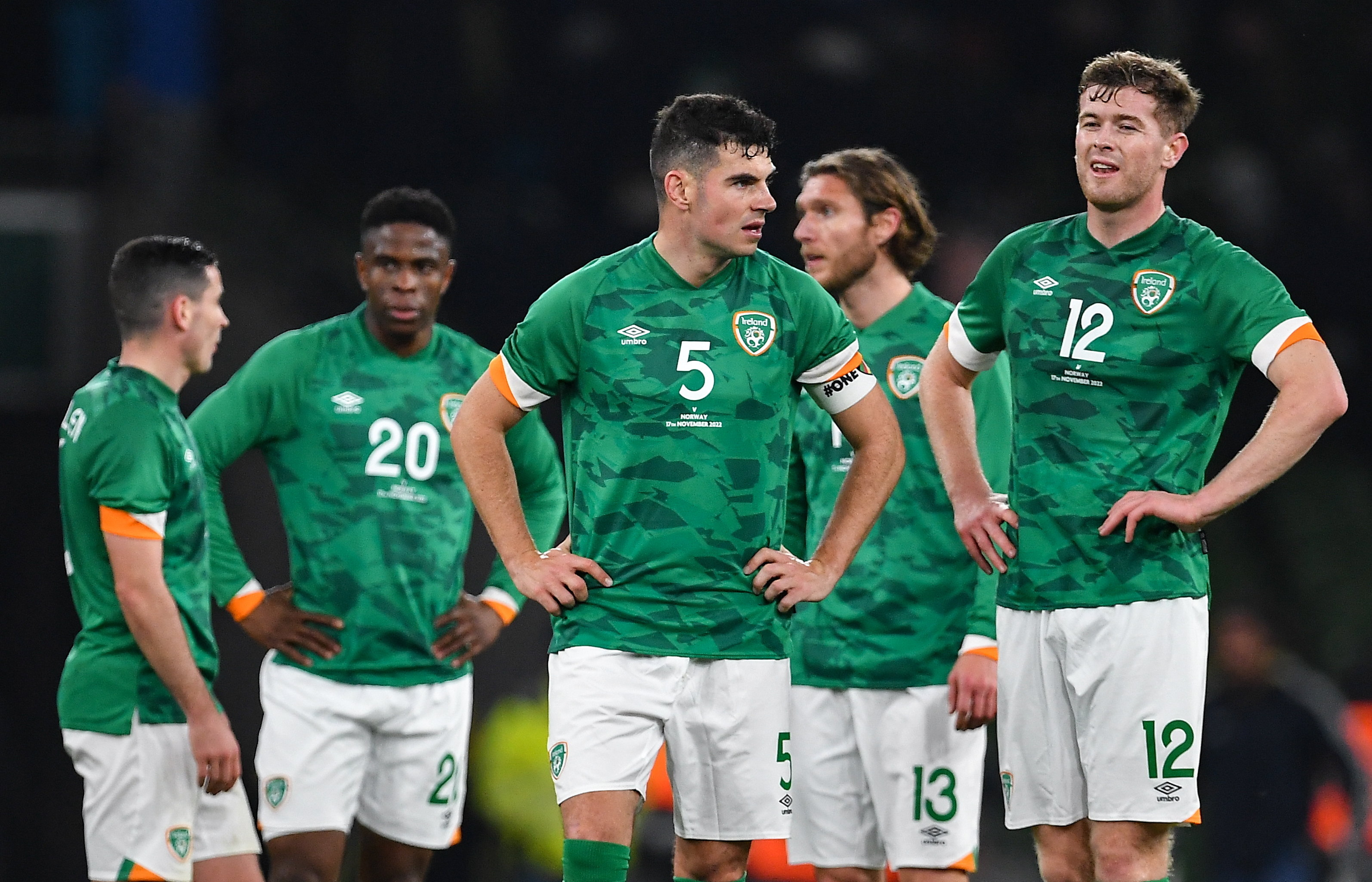 There was also a Senior debut for Evan Ferguson who came on late in the game.

Ireland’s Callum Robinson had the first sight on goal in the opening exchanges, but his effort went high and wide of Nyland’s near post.

Norway tried to test Gavin Bazunu mid-way through the first half as Patrick Berg’s effort from a corner just went over the bar. The visitors were to go closer moments later as Larsen’s shot from inside the Irish area narrowly went wide.

Norway was to continue to press with Pedersen making an excellent run into the Irish area from the right but his effort on goal was excellently blocked with a tackle from Nathan Collins. Collins was to be called into action once again this time to deny Elyounoussi a certain goal as the Norwegian forward's effort was deflected by the defender for a corner.

From that corner, Odegaard’s set piece delivery met Leo Østigård who rose highest at the near post to steer the ball past Bazunu to open the scoring.

Ireland started the brighter in the second half with Callum Robinson’s free-kick deflecting for the corner. Ireland was to have a series of opportunities in quick succession with the best of these falling to John Egan whose effort just went off the post.

Ireland was to go close moments later as Thornsby had to cut out Browne’s cross that would have seen the onrushing Robinson certain to score. Browne would go close himself as O’Dowda’s high ball into the area found the run of the Irish midfielder, but his shot was blocked down by Nyland.

Gavin Bazunu was called into action as a quick phase of play saw Solbakken find himself with an opportunity to score with Bazunu stopping his curling effort with an excellent stop. Callum O’Dowda was next to test Nyland as a cross to the back post was met by the Irish winger but the header was well saved by the Norway netminder.

Ireland was to equalise when O’Dowda’s cross into the area was cleared but only as far as Alan Browne who struck an excellent low to beat Nyland at his near post. There was to be a late goal in the game as Norway was to retake the lead with a free kick that was sent into the Irish area and was met by Omuijuanfo who controlled the initial ball and sent the ball past Bazunu with his second touch.

Ireland will finish their 2022 international season away to Malta on Sunday as Stephen Kenny’s side will begin preparations for qualification for Euro 2024 in Germany beginning next year.