A football-loving boyfriend has landed himself in hot water after tricking his girlfriend into agreeing to a weekend away watching Sheffield Wednesday.

Joe Taylor, 25, shared a text conversation he had with his partner Georgia Grayson.

In the chat posted on social media, he said he had booked a romantic trip to the south coast to “some place nice”.

She agreed to the trip and thanked him for the kind gesture.

What she didn’t know was that he had in fact booked to go and see the League One match between Sheffield Wednesday and Plymouth on September 10.

Joe shared a picture of the fixture after posting the messages to Georgia and added: “Hook, line, sinker”. 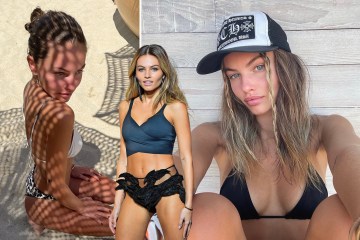 After she clocked onto the trick, Georgia then messaged Joe again and he shared that she had simply sent “you’re dumped”.

Joe then tweeted: “Now taking fresh applicants for a weekend trip to Plymouth, all inclusive please message me directly if interested

Speaking to the Yorkshire Evening Post, he said: “Her reaction was pretty much as shown on the messages, she said she was going to dump me.

“I am in the absolute doghouse.”

Most read in EFL

Hundreds of thousands of parents could have child benefit STOPPED now

Despite the hilarious exchange, he did also say the plans to go to the game were still on.

While another added: “Can’t wait for this belter of a line to come out while down the coast – ‘There’s a lot of Wednesday fans in Devon’.”

And a third said: “Hahahahaha you love to see it

Georgia messaged Joe that he was dumped shortly after she found out about the trick[/caption] Joe insists he still plans to attend Plymouth vs Sheffield Wednesday next month[/caption]
Загрузка...