MANCHESTER UNITED prospect Alejandro Garnacho is set to be given a new contract by the club, according to reports.

The 18-year-old’s representatives will meet with the Man Utd hierarchy to discuss a new deal, claims journalist Fabrizio Romano.

Garnacho was the standout player in United’s pre-season friendly versus Rayo Vallecano, with the match ending 1-1.

SunSport exclusively reported before that he has wowed new boss Erik ten Hag and after yet another stunning performance the Dutchman is reportedly keen to tie him down for the long-term.

Ten Hag confirmed this after yesterday’s draw saying: “He played pretty well – he is just a teenager but his performance was really good.”

The Argentine winger has just one year left on his current contract with Real Madrid interested, according to reports. 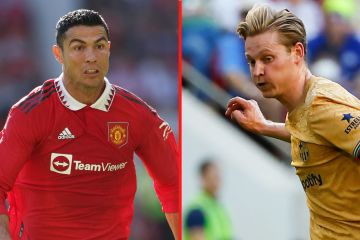 Garnacho could be rewarded with some more first-team opportunities in the approaching season having already made his Premier League debut last year.

Ralf Rangnick handed him brief cameos towards the end of the season against both Chelsea and Crystal Palace.

Garnacho could benefit if Ten Hag cannot secure the signing of Antony from Ajax who would block his way to first-team minutes.

Unfortunately, the highly rated attacker’s display was not the main talking point at Old Trafford as it was the return of Cristiano Ronaldo.

The wantaway star grabbed the headlines after featuring for 45 minutes before being subbed off and leaving the stadium before the end of the match.

The 37-year-old was seen shrugging while Ten Hag dished out some tactical information to his players.