Between the NFL and college football, sports gambling enthusiasts are glued to the lines that oddsmakers are putting up. This past weekend saw a lot of awesome NFL action, with college football making a return, as well. Several college conferences had already decided to push forward in spite of the COVID-19 threat and will soon be joined by others, like the Big Ten and the Pac-12. When that happens, sportsbooks are going to have to be ready to dig in and add a lot more options to an already full list. In the meantime, the limited college football and the NFL will have to do, and the Bodog sportsbook is seeing a lot of attention from football gamblers. However, every sport made an appearance on the top-ten list this past weekend. 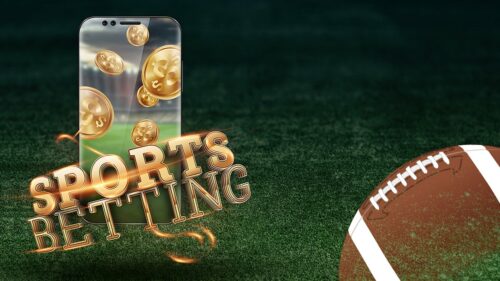 The NFL is still the champ on Bodog, capturing 40.34% of the wagers. College football saw a lot of action, as well, but only about half of what the NFL saw as it accounted for 21.82% of the bets. Next up, hoops took third place, with the NBA Playoffs providing 12.41% of Bodog’s activity as the LA Lakers and the Miami Heat advanced to appear in the NBA Finals best-of-seven title series. MLB and Ultimate Fighting Championship (UFC) then followed, taking 9.2% and 6.2%, respectively.

Soccer took two spots on the top-ten list, with the English Premier League capturing the fifth spot at 2.75%, and Germany’s Bundesliga taking tenth with 1.29%. Right in the middle of these two were the European Open and the French Open, both of which saw more action than did the NHL, which only attracted 1.73% of gamblers’ targets. The hockey league may need to figure out some different tactics if it wants to see more interest in the sports gambling realm. The Tampa Bay Lightning and the Dallas Stars were battling it out for the championship, yet this wasn’t enough to entice gamblers. The Stars were able to hang onto their hopes over the weekend by taking Game 5, but the Lightning proved too much yesterday and won for the second time in franchise history.

Out of the top ten individual events, NFL games secured six spots, with the NBA Playoffs taking three – the remaining spot went to UFC 253. 23.07% of the wagers were sent for the NFL game between the Green Bay Packers and the New Orleans Saints, almost twice the 12.24% given on the Heat/Celtics game from September 25. That game allowed the Celtics one more shot to stay in the running for a Finals appearance, but the Heat proved to be too hot in Game 6. When the Dallas Cowboys and the Seattle Seahawks took to the gridiron on Sunday, Bodog bettors gave the sportsbook 10.92% of their wagers. It’s likely most of that was sent for the Seahawks to win since they were favored at -223, and Seattle didn’t let those gamblers down.

A mix of NFL and NBA games broke up the rest of the list, with UFC 225 and the middleweight championship fight between Israel Adesanya and Paulo Costa getting 6.49% of the bets. Adesanya was expected to win and was getting -182 ahead of the match. Costa suffered his first defeat after the 20-0 Adesanya won via TKO in the second round, but the duel may not be over. Costa wants a rematch and, if Adesanya accepts, there could be a lot more action on the next fight.

The post Sports bets run the gambit of options on Bodog this past weekend appeared first on CalvinAyre.com.