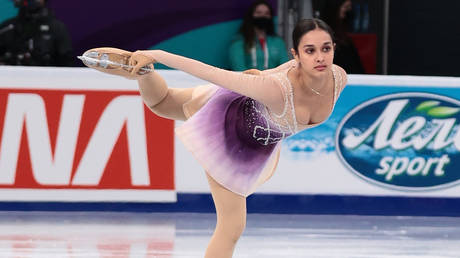 Parrii Srohi didn't impress the judges at the ISU Junior Grand Prix in Krasnoyarsk but the Indian figure-skater has no regrets about competing as she paid tribute to the Russian greats from whom she gained inspiration.

The 17-year-old Srohi failed to impress the judges with her showing at the event in the Siberian city, scoring just 27.56 points in total – including a tally of just 0.84 for the technical elements in her short program, which is reportedly the lowest ever recorded.

Her result saw her rooted to last place in the standings, some 17 points behind the figure-skater in second-last position.

However, the Indian who took up the sport just three years ago says that the defeat is just part of her continuing journey through the sport.

Srohi explained afterwards that the event was her first international tournament, and that coming to skate in Russia held particular significance for her as she valued the chance to work with Russian trainers.

Pointing to some of her inspirations, Srohi named some famous Russians on the ice from down the years, including Sochi 2014 sensation Yulia Lipnitskaya – whose performance at the Winter Olympics seven years ago Srohi described as "legendary."

Parri Srohi(IND)skating out of pure joy at her first JGP in Russia a week ago.
Parri grew up&trained almost entirely in India where there is dearth of ice& artificial ice rinks.Her coach since she started has been @NishchayLuthra of Luthra International Figure Skating Academy. pic.twitter.com/8Mn6TP6QQn