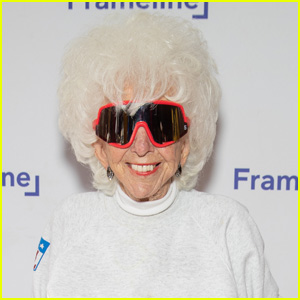 The 95-year-old baseball star, who was a member of the All American Girls Professional Baseball League that served as the inspiration for the 1992 film A League of Their Own, came out publicly during the 2022 Tribeca Film Festival premiere of Amazon’s new reboot.

Maybelle shared that she was grateful to see players no longer felt forced to hide their sexual orientation, remarking that there was a greater sense of acceptance in the sport.

“I think it’s a great opportunity for these young girl ball players to come [to] realize that they’re not alone, and you don’t have to hide,” she noted. “I hid for 75, 85 years and this is actually basically the first time I’ve ever come out.”

A video of her coming out was then posted to A League of Their Own’s Instagram account.

“For the majority of her life, sports legend 95-year-old AAGPBL player, Maybelle Blair felt like she had to hide her authentic self,” the caption reads. “Today she came out publicly for the first time. We couldn’t be happier for her, and continue to push for love, acceptance, and education on and off the field.”

See the full clip down below.

The A League of Their Own reboot is set to premiere on Prime Video August 12. Check out the latest trailer here.

A post shared by A League of Their Own (@leagueonprime)

Weightlifting
04 Jan 2022 20:00Lifehacker.com
What Is Powerlifting, and How Do You Get Into It?
Mountaineering
22 Mar 2022 16:00Paulin, Ari
VIDEO: Free Documentary About Iconic Gunks Route Developer
Rowing
17 Mar 2022 15:11The Independent Rowing News
Lake Las Vegas Collegiate Rowing Invitational Practice Gallery
Skeleton
01 Mar 2022 02:46TheSun.co.uk
What is the Skeleton Brunch trend on TikTok?