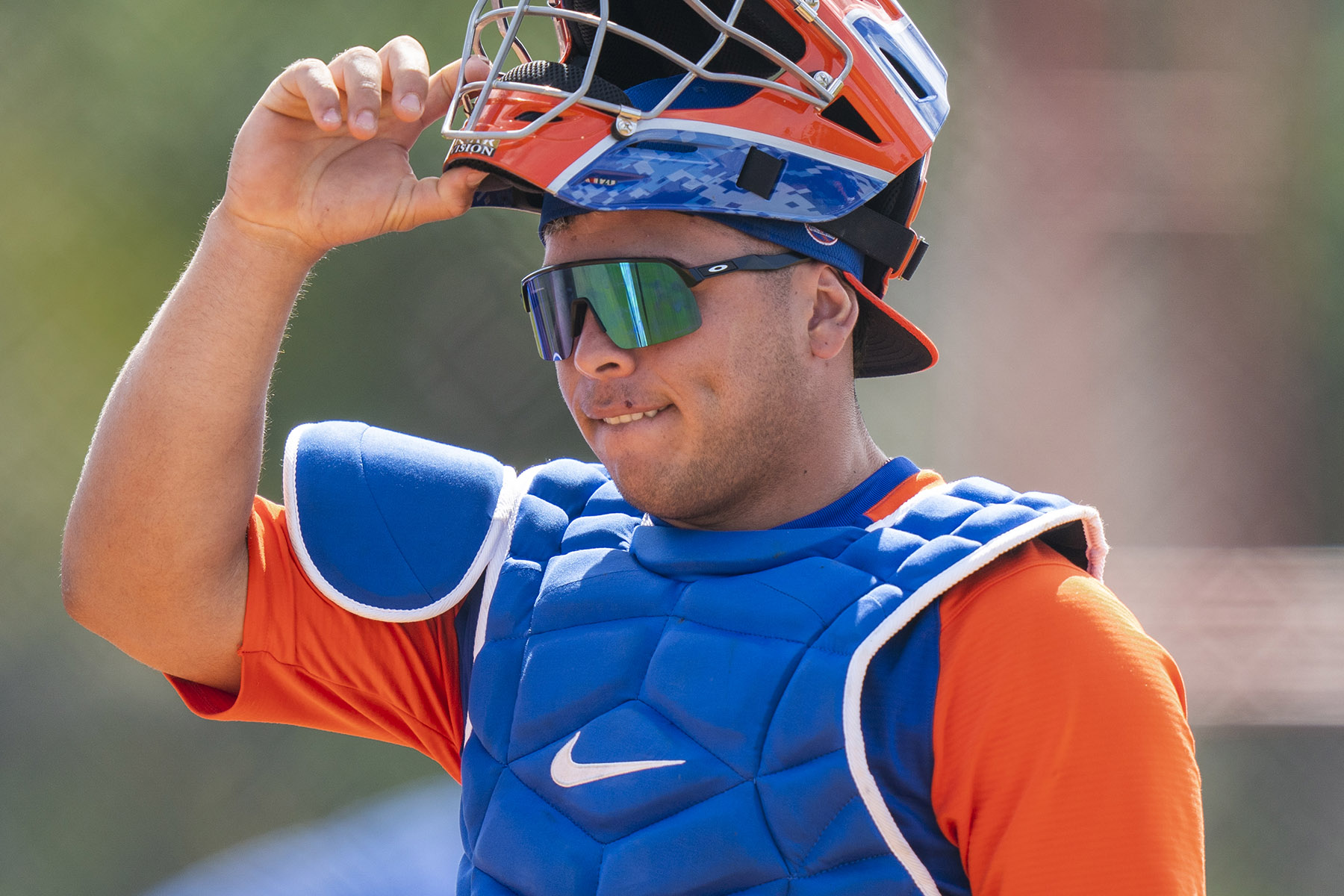 Syracuse scored 14 runs on 13 hits, six for extra bases, as they picked up the win over Norfolk.

Luke Ritter set the tone with a home run to lead off the game, his second of the year. After the Tides took a 3-1 lead, Mark Vientos tied the game with a two-run double in the third. Vientos is 9-for-31 with a 1.081 OPS in June.

Dominic Smith broke a 5-5 tie with a two-run double in the fifth inning that would prove to be the deciding blow. Smith went 1-for-6 in the contest and is now hitting .291/.361/.491 through 55 at-bats with Syracuse.

Cody Bohanek had a huge night, falling a home run shy of the cycle. The 26-year-old infielder came into the game slashing .168/.271/.242. Daniel Palka would also add his 16th home run of the season in the victory.

Connor Grey struggled in the start, allowing five runs in three innings. However, the Syracuse bullpen combined for six scoreless innings to back the strong offensive showing.

Eric Orze earned his first win of the year allowing just one hit while striking out six over three innings. Orze’s ERA improved to 5.14 despite a solid 1.07 WHIP in 28 innings. Rob Zastryzny, Bryce Montes de Oca, and R.J. Alvarez combined to pitch the final three innings to close out the win for the Mets.

Francisco Alvarez continues to be good at hitting baseballs. He drove in a pair on a third-inning double to jumpstart a three-hit night. Alvarez is slashing .333/.413/.778 with six home runs through 54 at-bats in June. He would, however, depart the game with an apparent injury in the 10th inning.

The top @Mets prospect plates a pair for @RumblePoniesBB. pic.twitter.com/c9j6fqvFIG

Ronny Mauricio would drive in Alvarez with a double of his own later in the third. Mauricio has swung the bat well of late as well, with a .800 OPS in June.

Carlos Cortes homered for the third time in four games, blasting a solo shot in the sixth inning. He’d add another two RBIs with a single in the 10th.

James McCann served as the DH in a rehab start, going 1-for-5 with a double and four strikeouts.

Alex Valverde was sharp, allowing just a solo home run while striking out eight in six innings. Valverde has struck out 25 in his last three starts (15.2 innings) while allowing six earned runs.

Unfortunately, the Binghamton bullpen couldn’t hang on to the lead as Bowie would score eight runs in the eighth, ninth, and tenth innings. Jordan Yamamoto worked out of a jam in the seventh inning but allowed a three-run home run to Cody Roberts in the eighth.

After the Rumble Ponies scored three in the top of the tenth inning, Josh Hejka allowed three-straight Baysox to reach base to start the bottom half. He’d manage to record two outs before a crucial Ronny Mauricio error was followed up by a pair of RBI singles to give Bowie the 9-8 victory.

The Cyclones scored twice in the ninth but their comeback bid fell short as they fell to the Blue Rocks.

Matt O’Neill drove in Brooklyn’s first run in the fifth inning with a double — the lone run allowed by Wilmington starter Tim Cate. Matt Rudick led off the eighth with a triple but would be thrown out at the plate attempting to score on a sacrifice fly to end the inning.

Oscar Rojas took the loss after allowing two runs (one earned) in just 2.2 innings. Nate Jones made his Brooklyn debut in relief of Rojas, holding the Blue Rocks scoreless in 3.1 innings. Jones, a fifth-round pick in 2019, had allowed 12 earned runs in 22.1 innings with St. Lucie.

Carlos Dominguez got the Mets on the board first with an RBI double in the second inning. He’d drive in another run on a groundout in the eighth.

Omar De Los Santos continued to turn heads on the basepaths with another three stolen bases. It was the third-straight multi-steal game for the 22-year-old outfielder with seven over that span. De Los Santos leads the Florida State League with 36 steals on the season.

Christian Scott was tagged with the loss, allowing three runs in 3.1 innings.

Joel Diaz recorded two outs in the sixth inning before allowing a single, a walk, and a three-run homer to Jasson Dominguez.

Saul Gonzalez was dominant out of the bullpen allowing just two walks while striking out seven, though he’d depart with an injury after 3.0 innings. Gonzalez, a 23rd-round pick in 2018, now has 16 strikeouts through 11 innings this season.

The Mets could only muster three hits as they were shut out by the Marlins in FCL play.

Simon Juan went 0-for-2 with a pair of walks and Willy Fanas was 0-for-4 as the Mets beat/lost to the Mets. Yohairo Cuevas drove in three, going 2-for-3 with a walk. Cuevas is 9-for-25 to start his second season in the DSL.