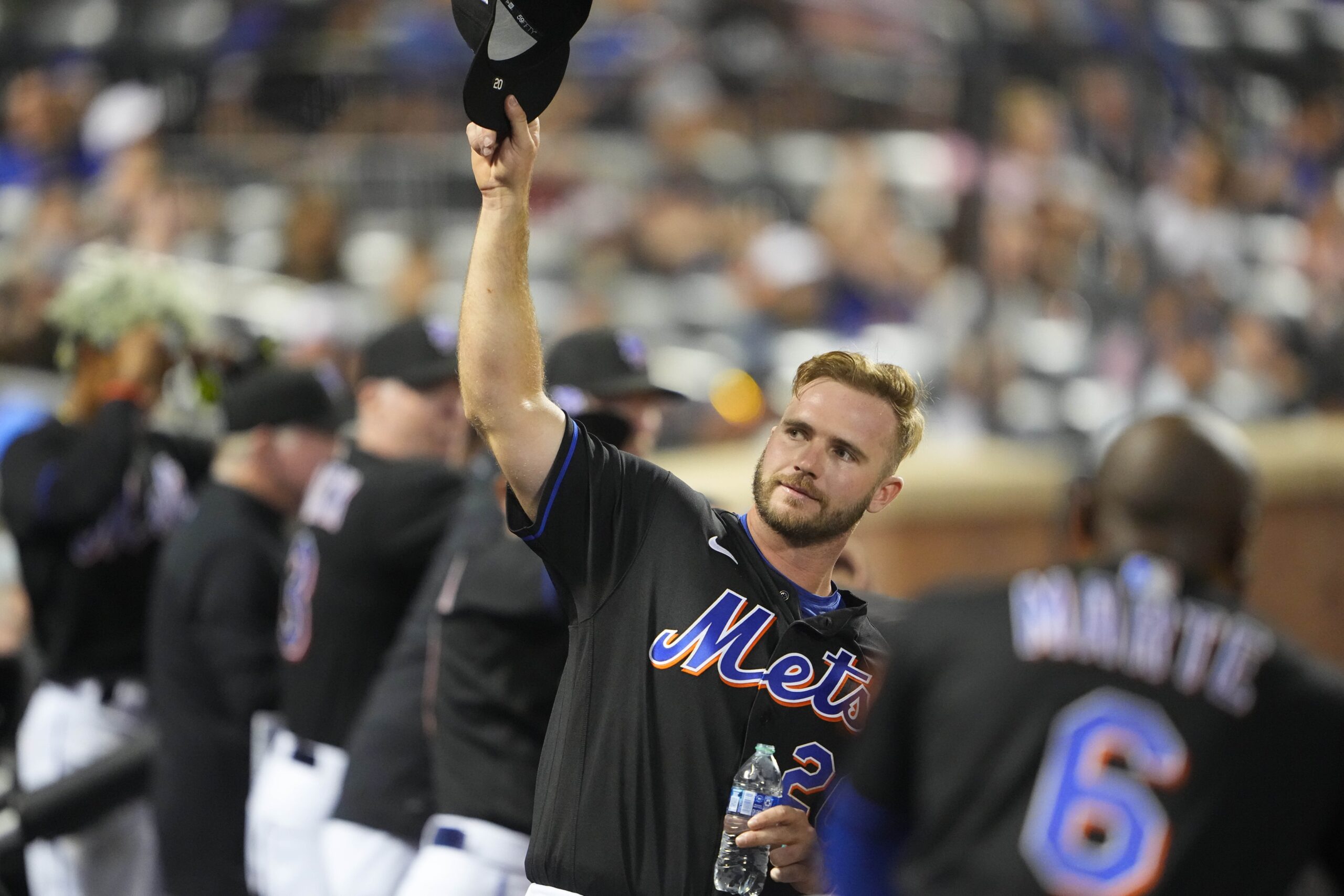 Pete Alonso‘s strong season continued on Friday night as he helped lead the Mets to a 10-4 win over the Marlins. The big first baseman went 2-for-4 with four RBIs, all of which came on one swing.

Alonso drew a walk in the fourth inning and hit a single in the fifth inning, though he was thrown out trying to take second after the ball briefly got away from Avisaíl García.

In the sixth inning though, Alonso punctuated a seven-run rally by hitting the first pitch he saw from Tommy Nance just over the orange line in left field for a grand slam. The slam was Alonso’s second of the season and brings him up to an NL-leading 19 homers and 63 RBIs, one more than José Ramírez for the MLB lead.

Alonso’s homer was also the 125th of his career in his 435th game, which makes him the second-fastest player ever to reach that mark. Only Ryan Howard reached 125 homers faster.

Alonso said he wasn’t aware of that stat.

It also tied him with Lucas Duda for eighth on the Mets’ all-time home run list. The grand slam was met with chants of “MVP” at Citi Field and a curtain call by the Mets faithful. It broke the game open to 10-1.

“That was a really fun moment,” Alonso said. “I’m glad other people think that. That’s really cool. That was really, really special.”

Alonso continues to excel this season with runners in scoring position, as he’s now 22-for-61 (.361) with 10 homers in those situations. He’s made the most of his bases-loaded opportunities as well, having hit two homers in just four at-bats. After a sluggish month of April, the Polar Bear has hit 15 homers and driven in 46 runs in 43 games. Overall, Alonso is now hitting .284/.365/.556 in 282 plate appearances this year.

“Oh my God. This guy’s unbelievable, man,” said Carlos Carrasco, who got the win on the mound in the Mets’ romping of Miami.