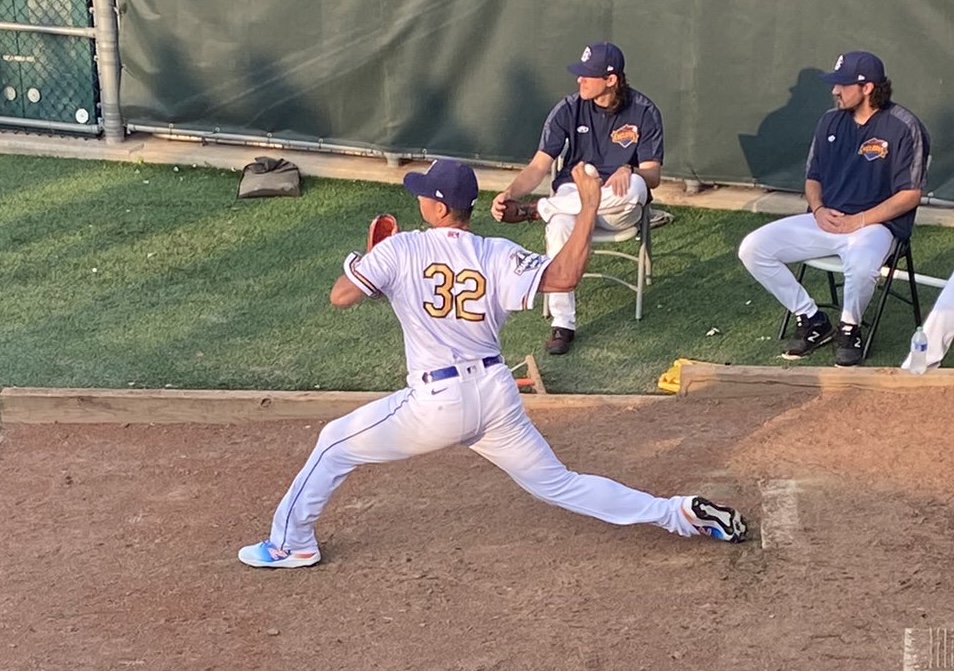 Carlos Carrasco is one step closer to joining the Mets for the first time this season after completing his first rehab assignment.

The 34-year-old threw two scoreless innings for High-A Brooklyn Thursday night. Carrasco completed a 1-2-3 first inning and allowed just a single–a bloop hit–in the second. He also struck out two batters from the Jersey Shore BlueClaws over the course of his 27 pitches–17 of which were strikes.

Carlos Carrasco needed just eleven pitches to get through a 1-2-3 top of the first here in Brooklyn.

Carrasco’s fastball topped out at 94 miles per hour, which is right around what he averaged with the pitch in 2020.

In a press conference after the appearance, Carrasco said his hamstring felt fine while pitching and he’s checked the boxes of every strength test he’s been put through the last couple weeks. He also noted that he liked the way top prospect Francisco Alvarez, who Carrasco was pitching to in Brooklyn, prepared for each batter Carrasco faced.

Luis Rojas suggested last week that Carrasco could join the Mets without being fully stretched out to six or seven innings, even hinting that he may only need one start on a rehab assignment before joining the team. They wouldn’t need a fifth start until Tuesday, which would line up perfectly with Carrasco’s rest. However, it also wouldn’t be a surprise to see the team wait another rehab outing or two before bringing Carrasco up to the major-league rotation.

Carrasco said his plan is to come to the ballpark in Brooklyn Friday to do his workout, then throw a bullpen on Saturday as he normally would two days after a start. He’s not sure what the next steps will be after that, but he expressed his excitement for pitching at Citi Field whenever that first chance is.