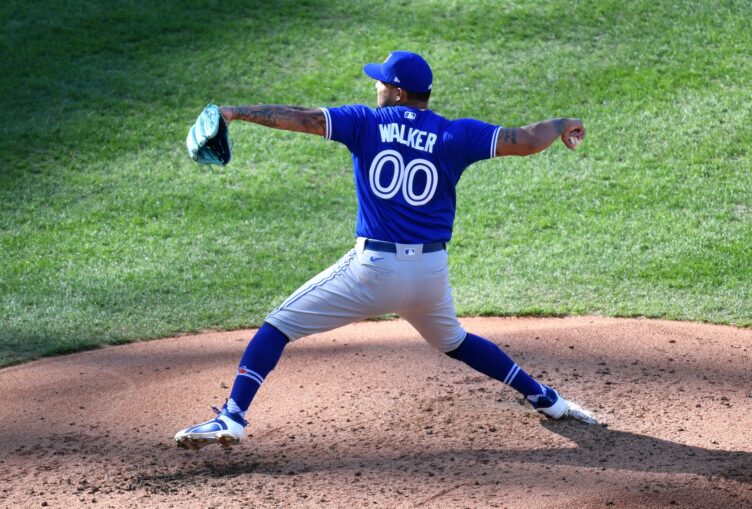 It’s funny, right? It feels so recent yet so long ago that the Mets could legitimately say they employed one of the most exciting rotations in baseball.

At this point, those aspirations are in the past and the team has essentially had to rebuild their starting staff. Jacob deGrom has really been the only outlier, the one guy who has stuck with them through it all and been a consistently elite presence on the mound.

I have vivid memories from the last few seasons of looking at the Mets’ rotation depth and nearly shrieking. The Mets had to rely on countless starts from the Walker Locketts and Chris Mazzas of the world, and there’s no denying that it hindered their team performance overall.

In late January, I wrote a piece of a similar nature to this, assessing the Mets’ rotation after they traded away Steven Matz. The gist of it was that the Mets had enough depth to squeak by, while noting that things could get ugly quickly if injury strikes the rotation (as it always seems to). I was somewhere in the middle between thinking “the Mets have no depth, they suck” and “the Mets have a boatload of depth, they’re amazing.”

With the Mets’ signing of Taijuan Walker on Friday, I’m inclined to lean the pendulum much more towards the positive side. While Walker isn’t a flashy signing by any means, he gives the team one extra solid arm if anyone in the rotation is to go down.

And the more I think about it, the more I actually feel pretty good about where the rotation is at. Just like that, you’ve got six capable starters, one of whom is the best pitcher in baseball. One of the main things I was worried about before was the lack of experience of Joey Lucchesi and David Peterson (as talented as they both are). While that obviously still can’t be ignored, I can breathe a little easier knowing that the Mets have options.

I still think that it’s important not to undervalue how huge a Noah Syndergaard return would be to this squad. DeGrom and Syndergaard at the top of the rotation could easily compete for baseball’s best starting pitcher duo. Then you have Marcus Stroman and Carlos Carrasco in the three and four slots, either of whom could pass as a number two or three guy.

In this scenario, Peterson would be the Mets’ fifth starter, which to me would almost be a dream. The stakes are lower from the fifth spot; you’re not relying on Peterson to be an All-Star, you’re simply hoping he can eat some solid innings. And that still leaves Walker and Lucchesi in the wings in case someone goes down or if Peterson struggles, not to mention the newly acquired Jordan Yamamoto who has showed nasty staff with the Marlins, Sean Reid-Foley, and Jerad Eickhoff.

Manager Luis Rojas has also hinted at a six-man rotation, which in this ideal scenario could come in handy.

Of course, I may be getting ahead of myself, with Syndergaard still finishing his recovery from Tommy John surgery. But I think the Mets have set themselves up surprisingly well for this season in terms of their starting rotation, despite the many doubts that I’ve had along the way. The truth is, building a viable major league rotation is not easy, and there are always going to be unexpected factors that get in the way such as health and underperformance.

But with the best pitcher in baseball, a solid starting five, and a few capable arms waiting in the wings, I think the Mets have built themselves up quite a nice little staff of starting pitchers.