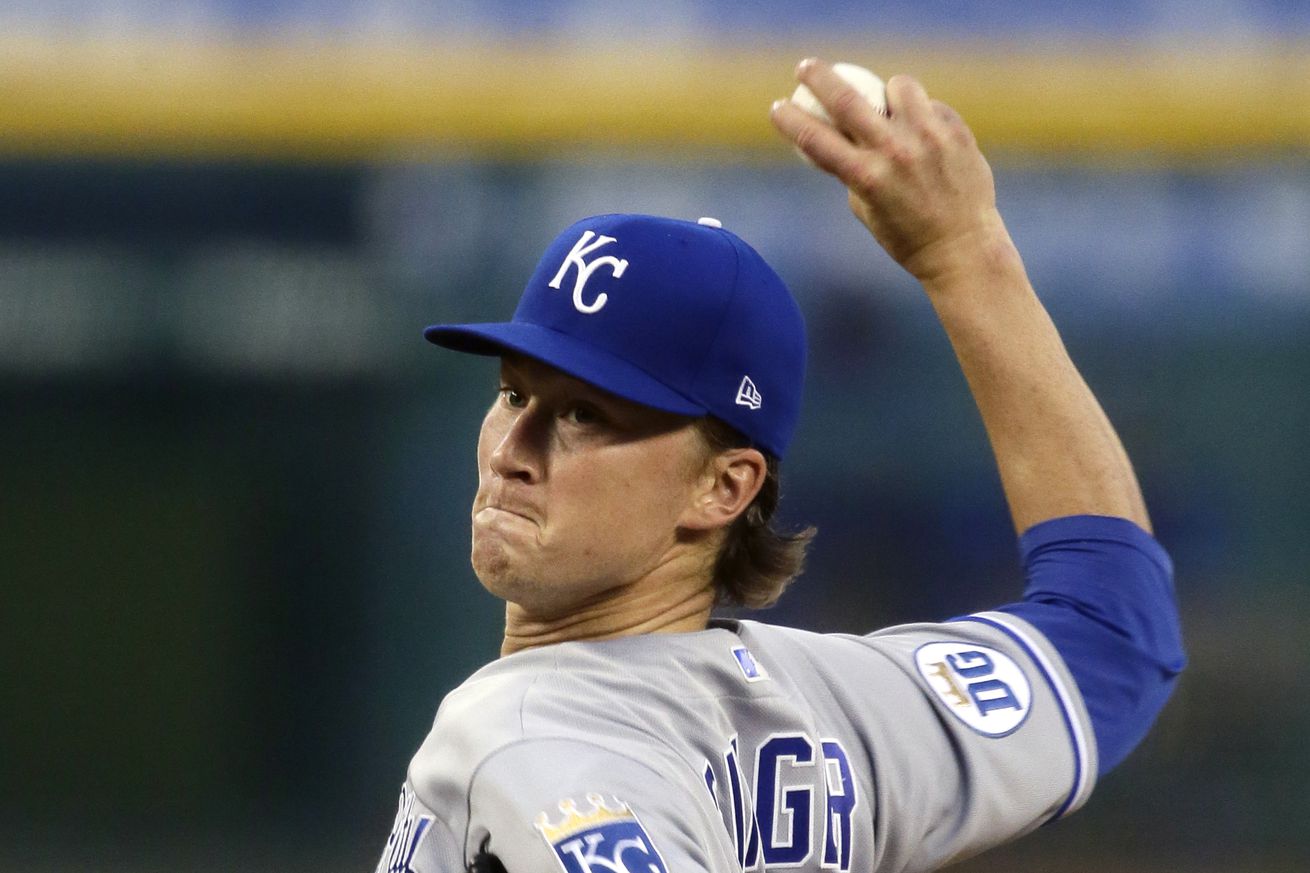 Brady Singer sure has put Royals fans on a crazy rollercoaster ride this season, hasn’t he? In his first start, he mostly controlled a potent Cleveland offense for five innings and everyone seemed to be all-in on him. Then, as little as two weeks ago people were ready to give up on him entirely. Now he’s thrown 14 straight scoreless innings across two starts and if you don’t believe in him again what are you even doing here?

This, of course, isn’t to say that Brady Singer will never allow another run. Of course, he will. He’ll probably even have starts where he looks like a bad pitcher again. But he’s shown us a lot in his ten big league starts. In his first start, he showed us how good his “stuff” was where stuff is defined as velocity and movement. As I outlined in an earlier Hok Talk, his stuff was so good that even though he seemed to exhibit very little control, he was able to get outs fairly often.

Then the league caught on to the fact that he wasn’t able to put his pitches where he wanted and they started waiting for him to walk them or give them something meaty and he paid for it repeatedly. I noted when he faced the White Sox at the end of August that his command looked vastly improved even if the results hadn’t yet caught up. Over his last two starts, it seems the results have caught up.

To prove this theory I went to Baseball Savant and I charted every pitch he threw in his starts against Detroit; his second and latest starts. I have compiled the resulting output into the following table. This table is entirely results-agnostic; we already know he pitched better overall and it’s less important if a hitter walloped a pitch down the middle than it is that he shouldn’t have thrown it there.

A hit, for the purposes of this table, is when Singer gets it relatively close to where catcher Salvador Perez put his glove. A bad miss is when the pitch ends up on the wrong side of the plate, high when it was meant to be low, or just plain down the middle. A plain miss is when it was somewhere in between the other two, too far to call a hit but not dangerously or ridiculously off of the original mark. Middle pitches are, as you might guess, the ones that ended up right down the middle. Don’t add that percentage to the others as it was counted out of the bad miss category for the purpose of highlighting them.

The first thing you’ll probably note is that changeups are not anywhere to be found in the table. That’s because while he threw eight of them in the first game he didn’t throw a single one in his latest outing. If you’re curious, not a single changeup hit the mark in his first start and most of them missed very badly.

The most drastic difference in that chart, to me, is the number of middle-middle fastballs he threw. You just can’t leave that many fastballs over the middle and expect to get away with it, long-term, even though both the home runs hit off of him in that game were off of sliders. The next thing I noticed was that he seems to have far better control of his slider, in general, than he does his fastball. That’s pretty counter to the norm and I’m not even sure he’s aware of it as he throws far more fastballs when he’s behind in the count which is not doing him any favors.

The big picture here is that, in his first start against Detroit, he hit his target about 20% of the time. In his last start, he hit his target almost half the time. The game results speak for themselves but the deeper you look the more impressive the difference becomes. He went from eight hard-hit balls to only four. He also went from 29% called strikes and whiffs to 42% - increasing mostly on swinging strikes. which went from 14% to 35%. And, as we all already know, this resulted in a drastically better performance by the simpler numbers, too. Half the walks and hits, twice as many strikeouts, and infinitely fewer home runs.

This isn’t the end of Brady Singer’s story; he will not easily dispatch all opponents from now until his retirement in 15 years. The fact that he didn’t use his changeup at all against the Tigers the second time speaks to how good his primary pitches really are when he knows where they’re going, but he’s going to need to be able to throw it, eventually. It does, however, show that he’s more than just stuff and moxie; he’s able to make adjustments and learn to hit his spots more often. If he continues to improve he might very wel; validate the Royals’ decision to take him in the first round.