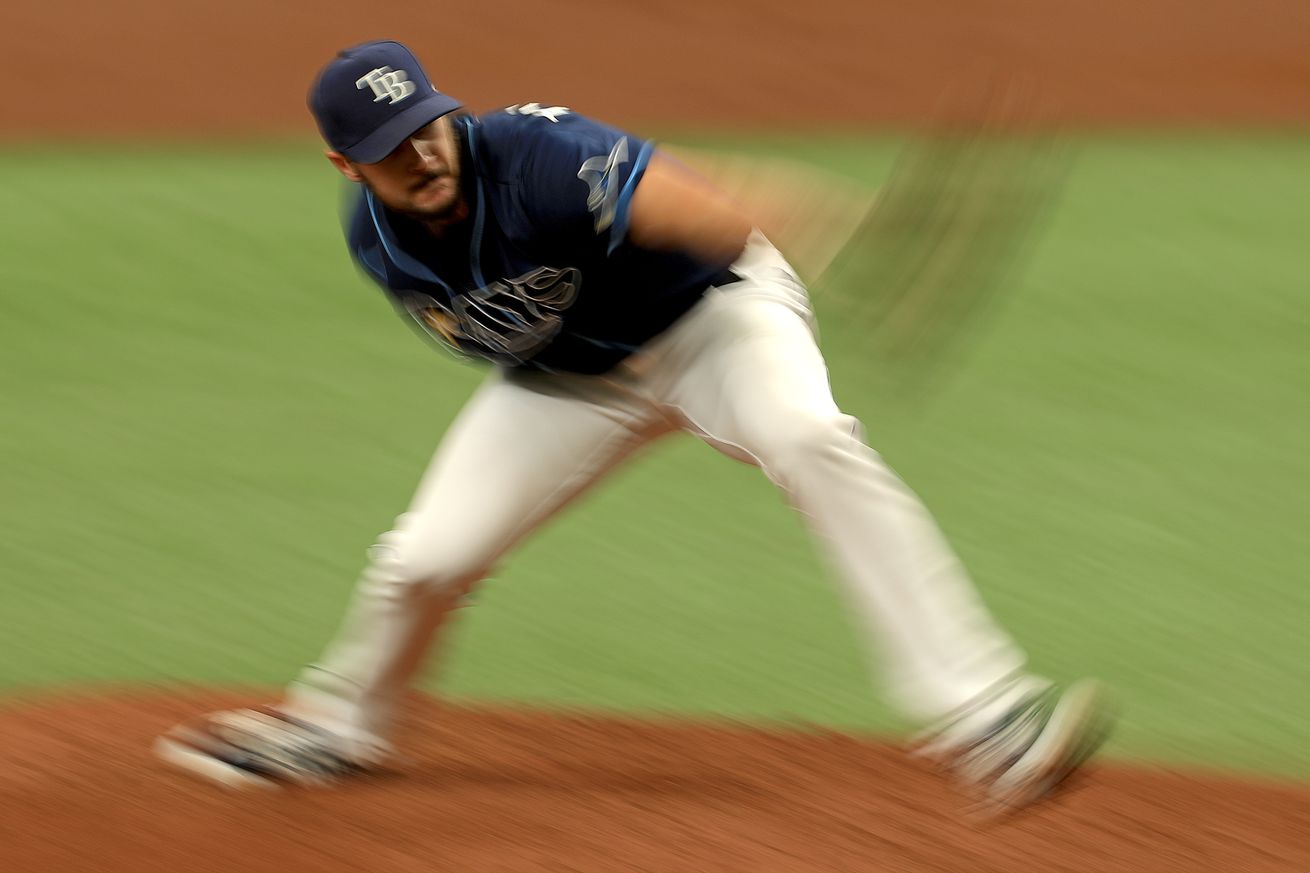 A little bit of bad luck was all it took in this loss.

‘Twas a very bullpenny kind of bullpen game today for the Rays, as they rotated through many of their relievers (likely hoping to not need many tomorrow during the doubleheader).

In total the Rays saw Peter Fairbanks for one inning, Ryan Thompson for 12 pitches and only one out, Josh Fleming took the longest stretch at 3 2⁄3 innings and giving up a walk and a hit, Oliver Drake followed for an inning of work — and unfortunately gave up the two runs to Washington to give them the lead. He was replaced by Aaron Loup for an inning, then Ryan Sherriff came on for innings. As the game headed into extras, the Rays went to Nick Anderson, and we’ll talk about how that went a bit later.

A quick note on the Fairbanks start...

The Nationals, meanwhile, got some heavy use of their bullpen as well, but it was a surprisingly efficient start by Austin Voth — who has a rough 7.17 ERA at the end of this game — that was the most difficult thing to overcome. As mentioned in the broadcast, Voth has been averaging about five runs a start, and the Rays only managed to get one off him. Not a great plan when the postseason is looming.

The Rays struck first in the first inning as Nate Lowe hit a deep double to score Arozarena. For the next several innings, the Rays were able to get men on base, and in scoring postion, a lot, but unfortunately they were unable to take advantage of those runners. Low scoring games have often proven to be the bane of the Rays existence, and while they normally fare well if they draw first blood, it was just one unlucky pitch from Drake that allowed Asdrubal Cabrera to hit a home run that also scored Juan Soto.

That’s the danger of low-scoring games, all it takes is one unlucky pitch, or one good hit to change the tides of a game. The Rays didn’t want to go down without a fight though.

Brandon Lowe’s performance is worth mentioning, as he had an awesome day all around. Two hits, a walk, and oh, the game-tying home run to be exact.

In spite of Lowe’s ninth inning heroics, the Rays luck wasn’t going to last long. In the top of the tenth they turned the game over to Nick Anderson and with Carter Kieboom starting as a runner on second. Anderson then gave up a two-run home run to Luis Garcia, putting the Nationals back in the lead.

Ultimately the Rays were unable to come back from the second Nationals home run and lost the game 4-2.

Cubs work out in preparation for their NL wild-card series against the Marlins
Yesterday 23:33Chicago Sports
Baseball Changed and I'm Not Sure I Want to Change With It
Yesterday 22:37Bill Barilko
Rays Playoff Preview: How to beat Matt Shoemaker
Yesterday 18:35DRays Bay