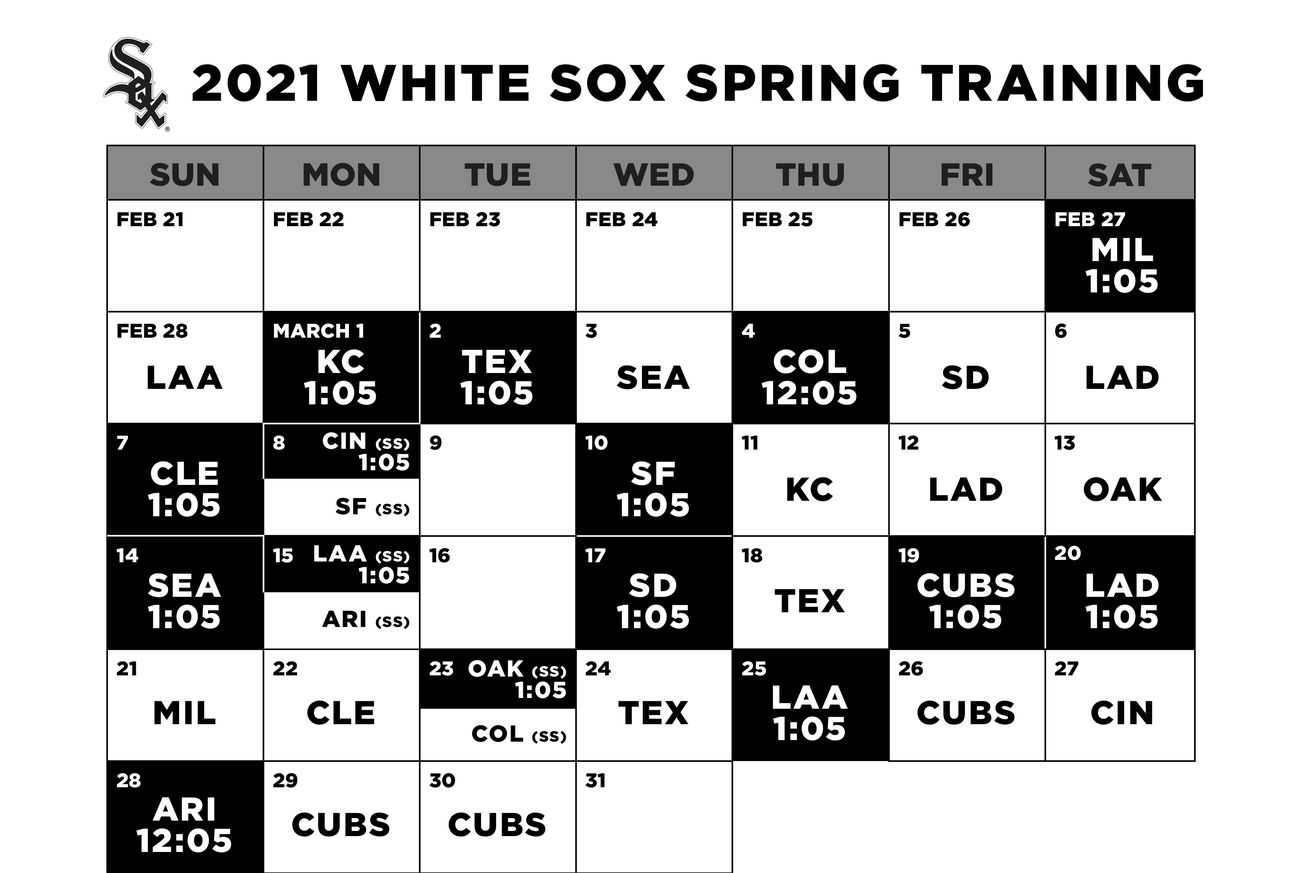 The Chicago White Sox are, in theory, having a regular 2021 baseball season. As such, it only makes sense to release a theoretical Cactus League schedule, which they did just this morning.

Next spring will feature some hard-core crosstown action, with one game at Camelback (March 19) against the ivy bumblers, and three (March 26, 29-30) in Mesa.

That combination of an uncommon two days off and two split-squads, in consecutive weeks, is interesting. As is a third split-squad day a week later.

For stuff of this nature, we like to more or less edit the release for style and just ship it out directly to you, so here it is:

CHICAGO — The Chicago White Sox begin the 2021 Cactus League season, the team’s 13th at Camelback Ranch-Glendale, on Saturday, February 27 vs. the Milwaukee Brewers.

The White Sox play 15 home games at CR-G, including against the Chicago Cubs on Friday, March 19. The Sox play the Cubs at Sloan Park in Mesa three times in the span of five days: Friday, March 26; Monday, March 29 and the Cactus League finale on Tuesday, March 30.

Chicago closes out its 2021 spring home schedule on Sunday, March 28 against the Diamondbacks in Glendale. Additional weekend home games include Sunday, March 7 vs. Cleveland, Sunday, March 14 vs. Seattle and Saturday, March 20 vs. the Dodgers.

All White Sox spring training information is available at whitesox.com/spring. The current schedule is subject to change.