A few waist high waves around this morning. Nothing terribly special, but before 0800 it was mostly sunny along the beaches and surface conditions were smooth thanks to a morning offshore breeze. Swell at sea was 1.3 metres at 9 seconds from the SSE. Tide was low at 0620 and will be back to high at 1240. Weather should be partly cloudy with the chance of a shower this morning and a high of 26. Wind will come up later this morning and be out of the SE. Water is 23C.

It looks as though tomorrow might possibly be a touch bigger and clean again for the early. In fact, if the more hopeful predictions are right, we could have this pattern through to Thursday.

That’d be nice for the last week of school hols

Stay safe everyone and may you escape Omicron! 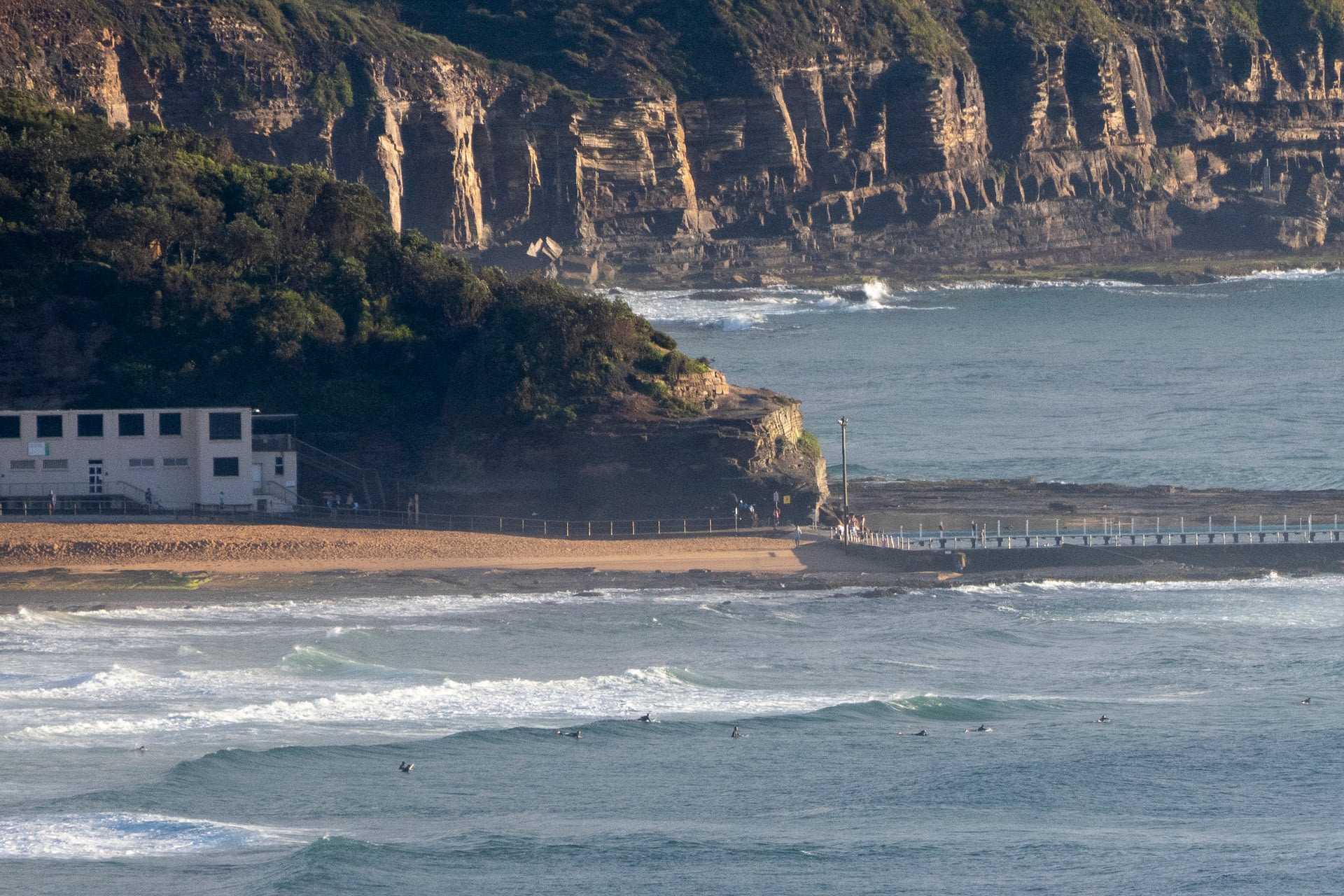 A high pressure system east of Tasmania extends a ridge along the New South Wales coast. The high will move slowly move east across the southern Tasman Sea over the coming days, maintaining moderate to fresh east to southeasterly winds along the coast. The winds will then tend northeasterly along the southern half of the coast on Monday as the ridge shifts away from the coast to the Tasman Sea.

Forecast for Sunday until midnight

Winds
East to northeasterly about 10 knots increasing to 10 to 15 knots during the afternoon.
Seas
Below 1 metre.
Swell
Easterly 1.5 metres.
Weather
Partly cloudy.