Well, not quite flat yet. There were still little knee to waist high sets showing up near Kiddies and a group of surfers up the beach from there suggests occasional waves to be had all the way to Longy.

The ECMWF swell model is predicting sub-1 m and 5-7 second periods through to Sunday. The GFS model is pretty much the same, although it shows a weak uptick into the 8-10 second range from the dead south, but it also shows swell heights at negligible 0.4-0.6 metres. So, probably not much in the way of wave riding opportunities through to next week…

Stay safe, wear your mask, maintain distance and book your vax asap, as that is the only way we’re getting out of the lockdowns. 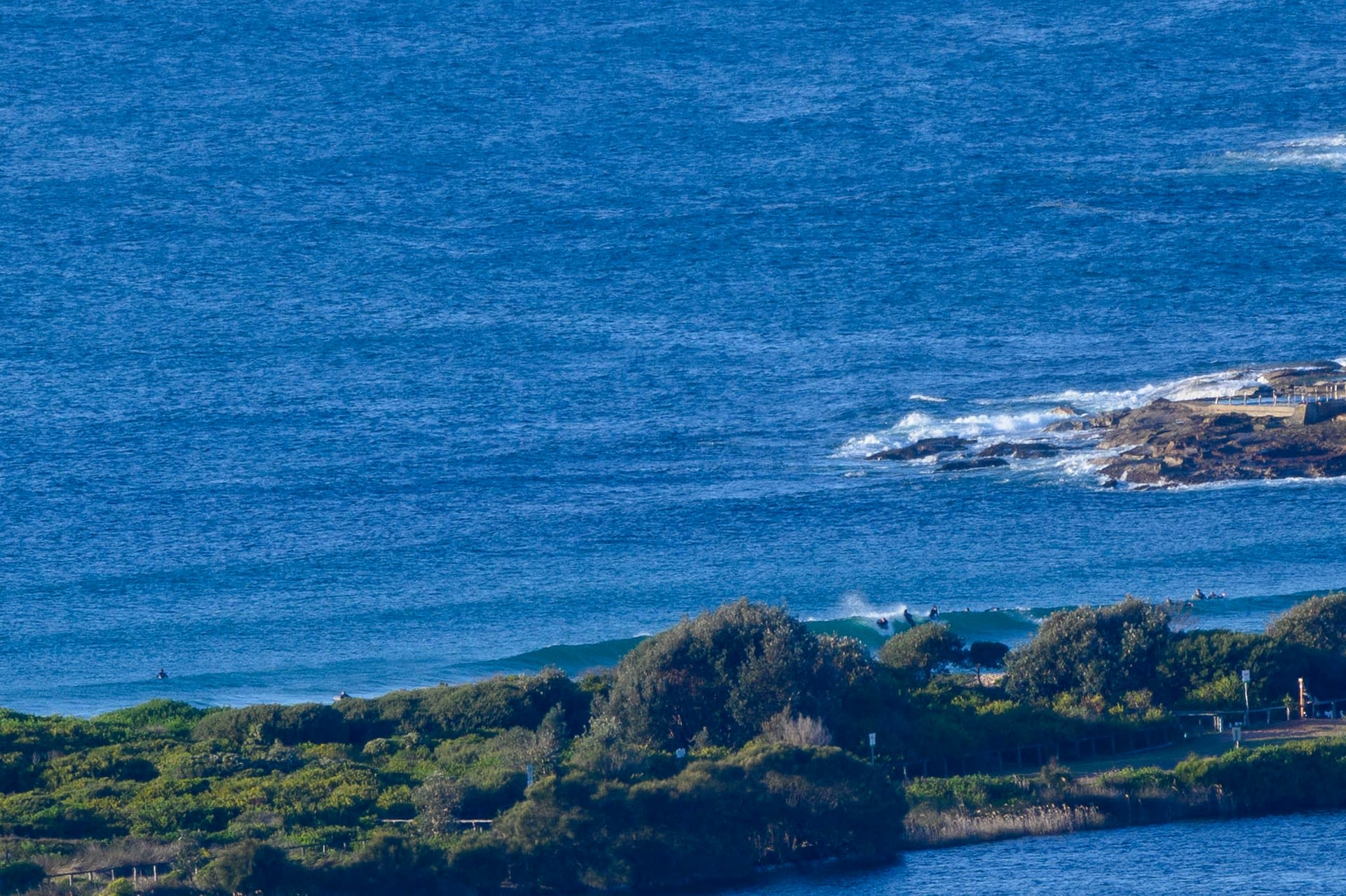 Northerly winds will increase today as a cold front approaches from the west. This front will enter the far southern waters late this evening and moves across much of the southern and central parts of the coast during the first half of Thursday, bringing a west to southwesterly wind change in the wake, before weakening and stalling over the northern waters by late Thursday.

Forecast for Wednesday until midnight

Winds
Variable about 10 knots becoming westerly 10 to 15 knots during the afternoon.
Seas
Below 1 metre.
Swell
Southerly 1 to 1.5 metres, decreasing to around 1 metre during the morning.
Weather
Mostly sunny.