An 80% chance of showers today, but as day broke along the beaches, the wet stuff was still out over the ocean and skies were mostly clear.

As the pictures show, there was a little line trickling in for those with the necessary equipment. I’d call it ankle to thigh plus and inconsistent.

Good morning for beginners to get out there to work on their basic skills.

Tomorrow is shaping to be more of the same, although we could start to see the early indications of our next pulse. Right now the front half of the week is looking reasonably hopeful for some fun size waist to chest high waves and offshores early. Midweek is shaping to be blasting southerly with thumping south swell at first then with E to NE mixing in (assuming the projected ECL blows up).

Have a great Saturday! 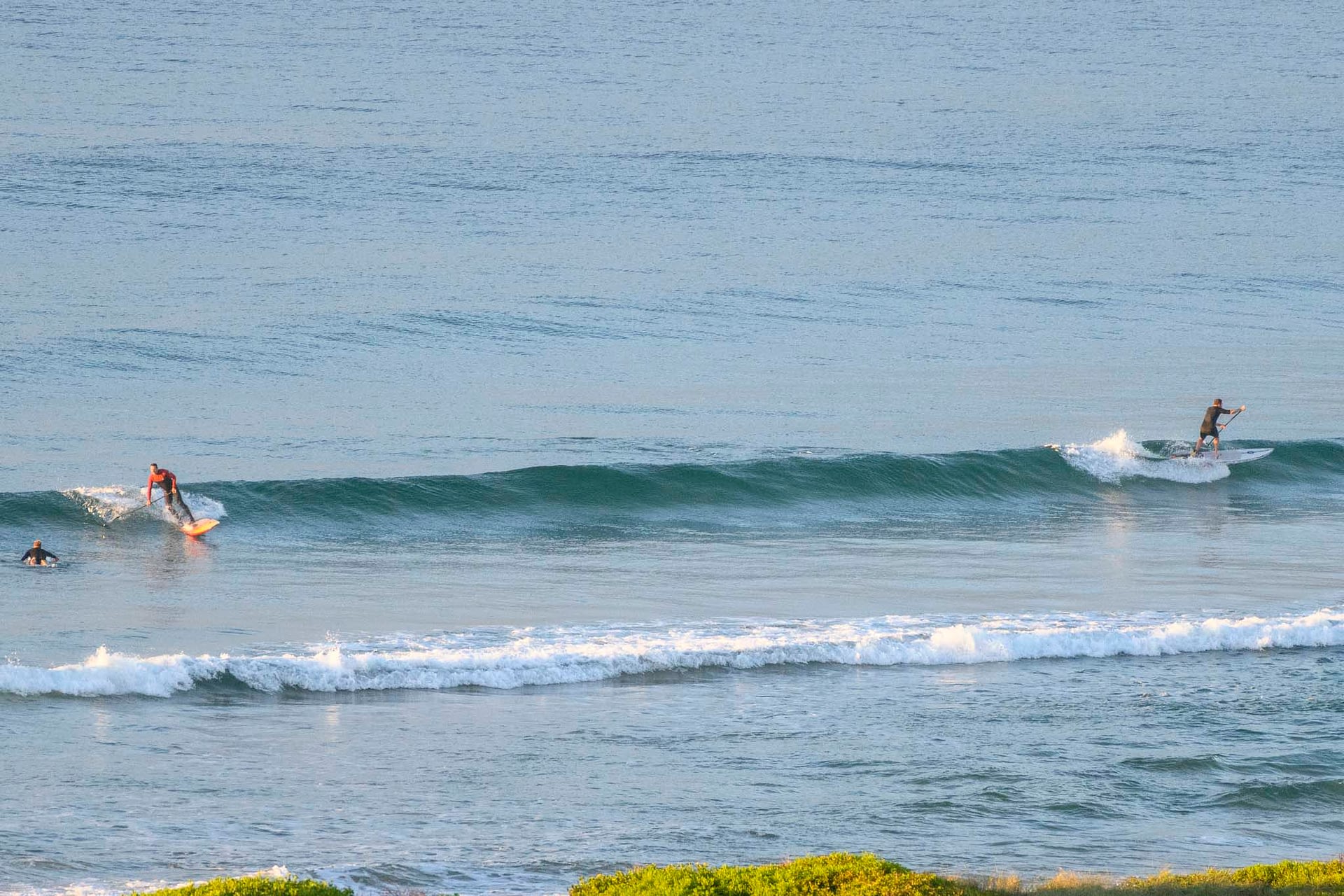 (above) SUPing tinies near The Pole 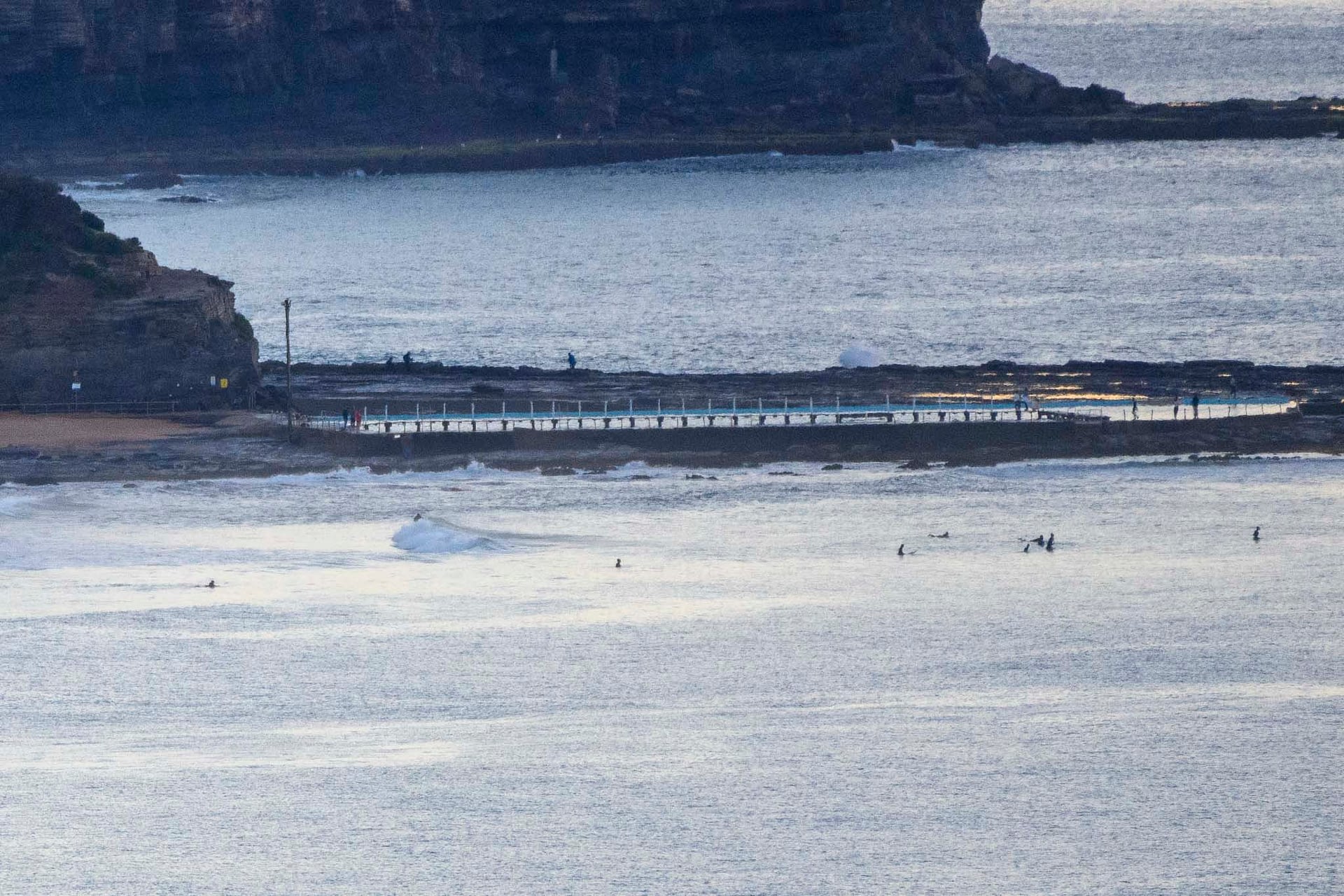 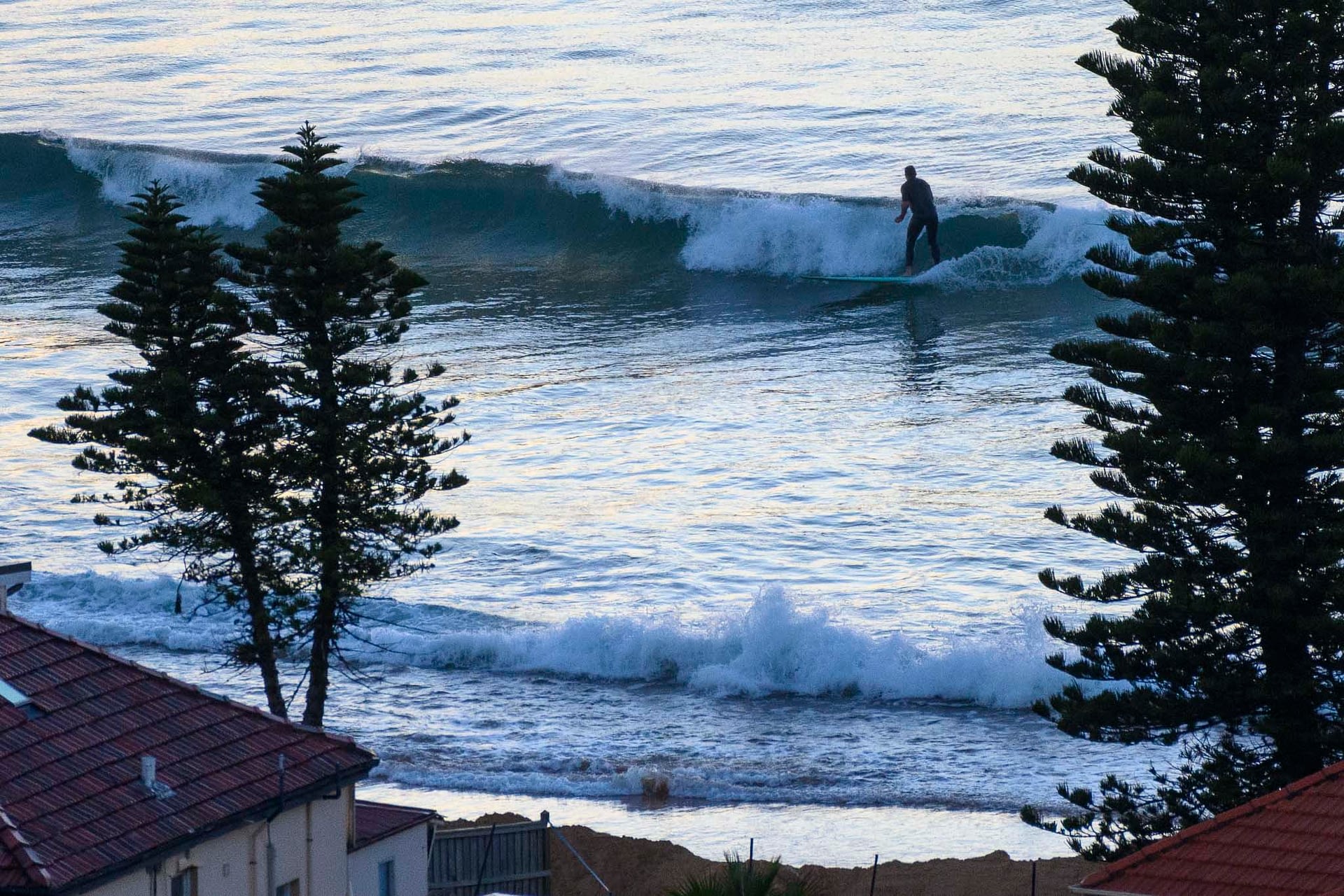 Weather Situation
A high pressure system will remain over the Tasman Sea over the next few days, directing northeast to southeasterly winds across the coast. Northerly winds may increase along the southern coast through the weekend as the high moves closer to New Zealand, ahead of a weak southerly change during the new week.

Forecast for Saturday until midnight
Winds
Northeasterly 10 to 15 knots.
Seas
Around 1 metre.
Swell
East to northeasterly below 1 metre.
Weather
Partly cloudy. 80% chance of showers. The chance of a thunderstorm.

Sunday 2 May
Winds
North to northeasterly 10 to 15 knots.
Seas
Around 1 metre.
Swell
Northeasterly below 1 metre.
Weather
Partly cloudy. 70% chance of showers. The chance of a thunderstorm.