UFC light heavyweight contender Jamahal Hill has rapidly climbed the ladder, but he isn’t surprised at his success.

With back-to-back first-round finishes of tough competition in his pocket, Hill (10-1 MMA, 4-1 UFC) is preparing to enter his second-straight main event bout. Standing across from him will be a former UFC title challenger in Thiago Santos (22-10 MMA, 14-9 UFC)  at an upcoming UFC Fight Night event on Aug. 6. It will be the seventh walk to the UFC cage for the Dana White’s Contender Series veteran, who always knew his skills would lead to accomplishing big things.

“That’s the difference, is I’ve been this good,” Hill told MMA Junkie Radio. “Don’t get me wrong, I’m evolving. My evolution comes from the understanding and knowledge of fighting, in the fight, what I can do, and things like that. But as far as these abilities, I’ve always had them.

“The main thing that I feel is my best asset in the fight is my IQ, my mind,” Hill said. “I have a very good awareness of what’s happening in the fight, where I am, where I stand, just situational awareness. Things like that.”

Jamahal Hill responds to Volkan Oezdemir's callout: 'My hands will change your life'

Being able to close a fight in the blink of an eye with vicious knockout power sure helps, but combined with a smart approach can produce incredible results. That knowledge is something that Hill believes keeps him separated from his peers, past or present.

“That is what I feel like separates me from every champion there’s ever been,” Hill said. “Not just recent and things like that, just all of them, period. Not only that, I have some good physical gifts myself. I’m not small. Regardless of somehow this narrative’s been built that I’m small just because I’m not big and bulky, I can throw as long as I need to, and you don’t want to feel these things – and they’re fast.

“There’s nobody in this division that’s faster than me. Period. Hands down. Pick someone, find ’em. I dare ’em to test it.”

Check out the full interview with Hill in the video above.

Santos vs. Hill: Who wins main event? - Powered By PickUp

Photos: Jamahal Hill through the years 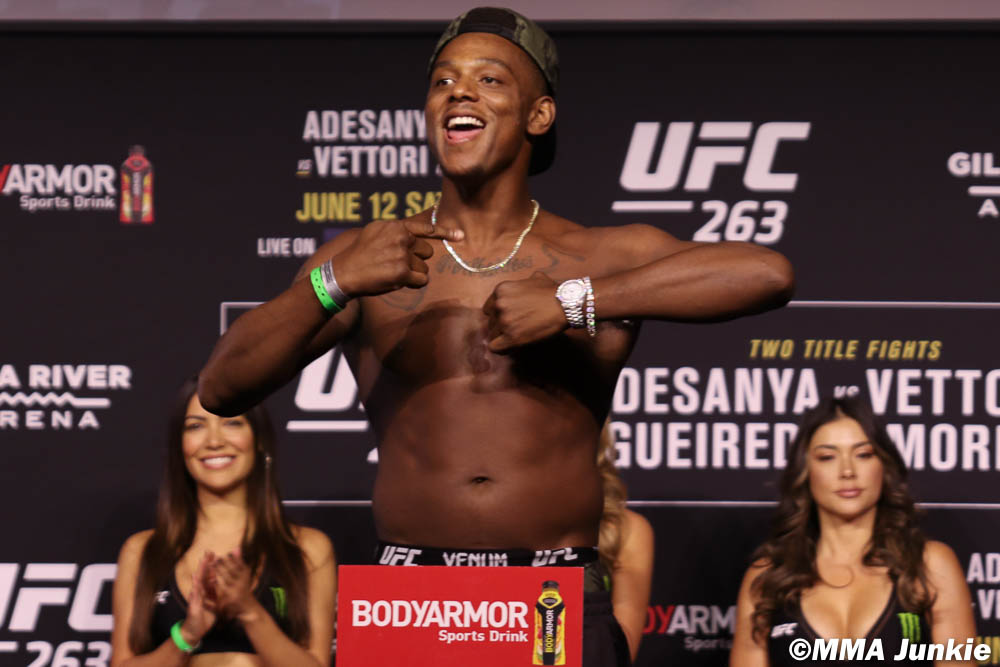