Mike Perry overcame adversity to get his hand raised against Michael Seals at Triller Triad Combat.

Perry, a UFC veteran, survived a knockdown from Seals and rallied to put together consistent output and get the split decision win by scores of 65-67, 67-65, 67-65 in the matchup, which took place at Globe Life Field in Arlington, Texas.

Platinum takes a split over Michael Seals. Do you agree with the decision? #TriadCombat pic.twitter.com/D0nFm86dbE

Perry started the fight by immediately rushing after Seals and pushing him in to the ropes. He kept aggressively trying to close the distance, but Seals remained composed before creating space and starting to work behind his jab. There were some exchanges late in the round, one of which put a mouse under Perry’s eye.

Seals came out showing his accuracy to start the second round, wobbling Perry with a stiff connection. Perry tried to bulldoze his way into the clinch, but Seals got the timing down. They continued to trade, and in the closing seconds Perry got hit hard and was forced to take a knee. The strike was ruled behind the head, though, and therefor no knockdown was granted.

Perry had a nice rebound round in the third frame. He started to show a better sense of when to attack as he pushed forward on Seals and threw punches in combination. Seals did a good job keeping his hands up and blocking most of the shots, but Perry’s aggression was promising.

It was all washed away in the opening seconds of Round 4, though, as Seals landed a beautiful counter left check hook that tagged Perry clean and dropped him briefly to his butt. Perry beat the count and the fight wore on, but Seals’ confidence was evident throughout the remainder of the fight as he worked Perry over with the jabs, hooks and uppercuts.

Perry once again managed to turn things around a bit after a difficult round. In Round 5, he put the pressure back on Seals with some solid combinations. He continued to get busted up with some counters as Seals picked his shots and played defense, but it was a more competitive round for Perry.

The superior output continued for Perry going into Round 6. He threw everything in his arsenal at Seals, but couldn’t find a home for his big shots. Seals landed a vicious uppercut that snapped Perry’s head back for the highlight for the round, then also added some body work.

It was a competitive contest going into Round 7, and Perry immediately rushed after Seals and closed the distance with punches before pushing him into the fence. Seals worked behind his jab as Perry slugged with power shots. Perry went wild in the final 45 seconds, throwing a ton of punches and looking to finish the fight. Seals weaved through the shots to make it to the final bell for an exciting end to the fight.

The latest Triad Combat results include: 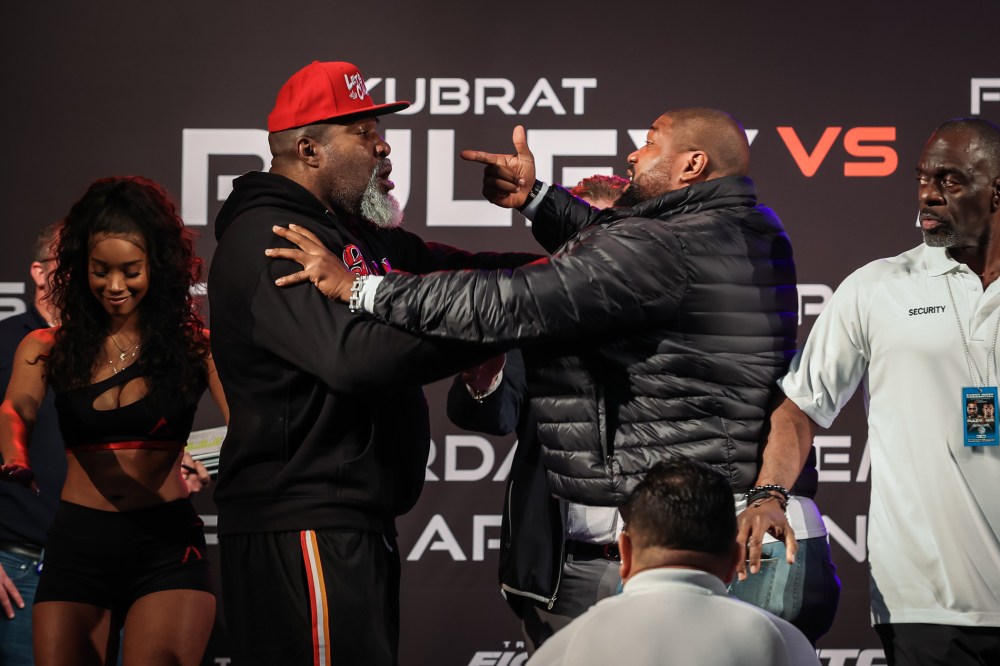