With both Ray Cooper III and Rory MacDonald notching wins to kick off the 2021 PFL season, it seems they’re one step closer to crossing paths.

Just one fight later in the night’s headliner, MacDonald (22-6-1) scored a first-round submission of his own when he quickly tapped out Curtis Millender. With both front-runners advancing, 2019 PFL champion Cooper was asked what a potential fight with MacDonald might look like.

“I feel like it’ll be a good fight,” Cooper said in the post-fight news conference. “I would come at him like I would come at everybody. It doesn’t matter who’s in front of me. I’m coming in the same way. I’m coming at everybody. If it goes to the ground, it goes to the ground. Just keep it standing? Keep it standing. I can fight anywhere, and I can’t wait to compete against him.”

During the 2021 PFL 2 media day, Cooper said the big signing of former Bellator champion and UFC title challenger MacDonald reminded him of his first season with the PFL, when Jake Shields was touted to win. But Cooper ended up beating him not once, but twice, and said he’s ready to do the same with MacDonald if needed. 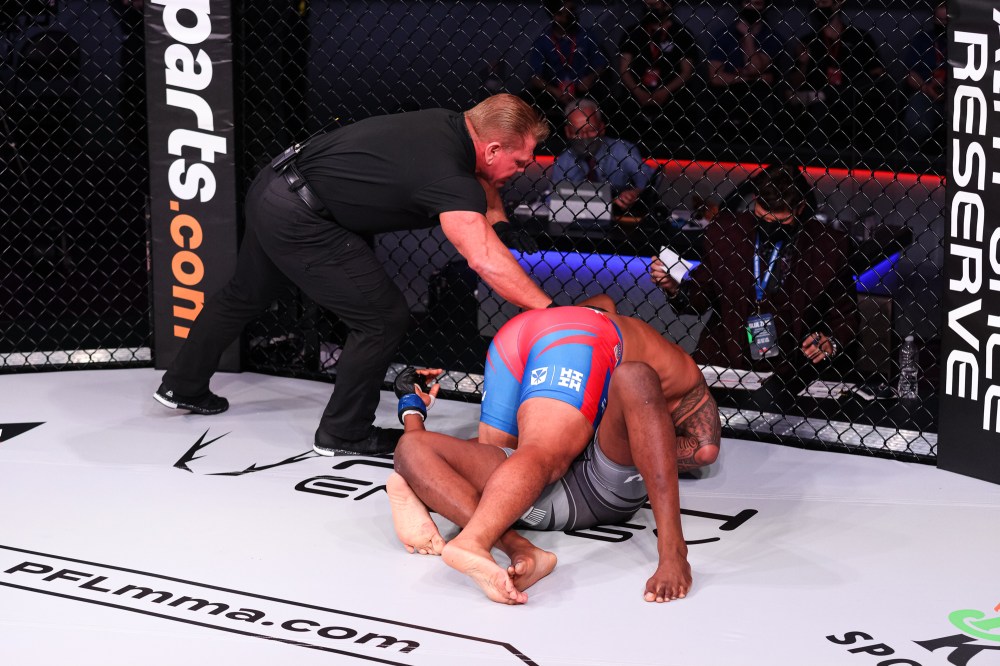