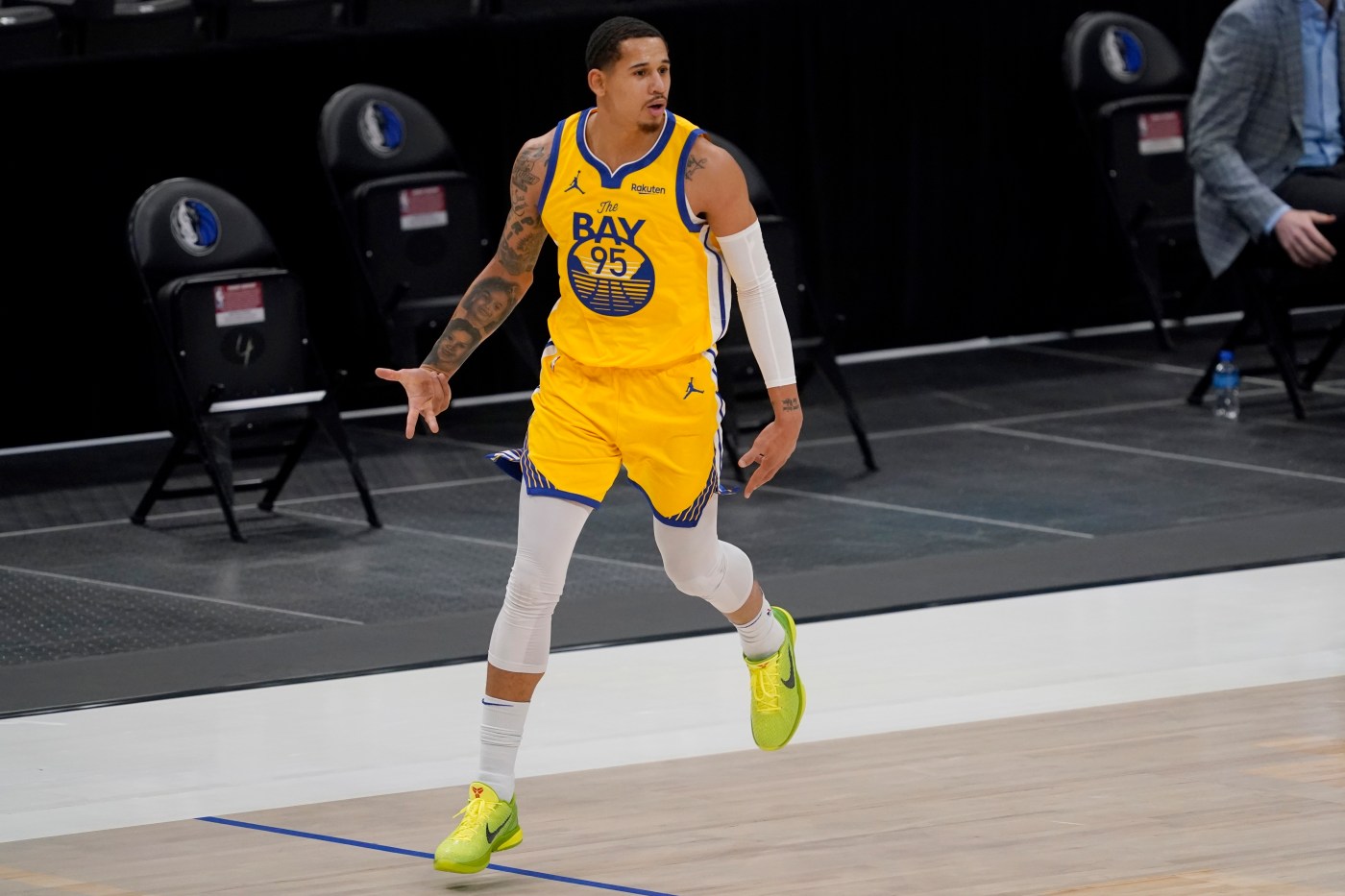 During Thursday’s win in Cleveland, opponents started yelling “shooter” when Juan Toscano-Anderson checked into the game for the first time of his career.

This acknowledgment underscores how far Toscano-Anderson has come over the years, from the fringes of professional basketball and starting this season on a two-way contract, to earning a reputation while playing a meaningful role for the Warriors.

Now with 16 games left, Toscano-Anderson is outgrowing his status as a player on a two-way contract. When a reporter after shootaround Saturday remarked she had forgotten Toscano-Anderson was o a two-way, he said, “That’s a good thing… It makes me feel good that you forget I’m on a two-way, that means I’m doing my job.”

On a night when Toscano-Anderson scored a career-high 20 points on 8-for-9 shooting and seven rebounds in 30 minutes, the Warriors won four straight for the first time all season — a streak they will try to extend Saturday night in Boston. After the game, head coach Steve Kerr said he no longer thinks of Toscano-Anderson as a two-way player.

This could be because Toscano-Anderson has been outperforming the role usually associated with players on two-way contracts. In back-to-back wins, the Warriors have outscored their opponent by 38 points during Toscano-Anderson’s 50 minutes. It helps that the league lifted the 50-game restriction on two-way contract players this season, making him eligible to play as many games or minutes as needed, including the playoffs.

But what stands out about Toscano-Anderson’s game is his basketball-IQ, defensive energy and improved perimeter jumper.

“He’s really one of the players on the team who I really trust,” head coach Steve Kerr said. “He just understand the game at a deep level.”

Despite that trust, Toscano-Anderson has played in only 39 of Golden State’s 56 games. Injuries to center James Wiseman and guard Kelly Oubre Jr. opened up a spot in the rotation in the last four games — all wins. Kerr credited Toscano-Anderson’s defense in the second quarter of Thursday’s win for turning the game around. When Curry was off to a slow shooting start, Toscano-Anderson created the steal that led to Curry’s first 3-pointer in the second half.

In February, the 6-foot-6 Toscano-Anderson made spot starts at center when both Wiseman and Kevon Looney were sidelined with injuries.

“He’s been staying ready all year, and when it’s his moment, he never lets anyone down,” forward Andrew Wiggins said. “He never shies away from a challenge. He’s tough. He’s a dog on the court. He can do everything.”

Toscano-Anderson, an Oakland native, credits his determination to years playing overseas. After going undrafted out of Marquette in 2015, Toscano-Anderson played professionally in Argentina, Mexico and Venezuela before paying his way to a G League tryout. He played for the Warriors’ G League team in Santa Cruz for two years before turning a training camp invite into a two-way deal this season.

Although Toscano-Anderson has had his share of highlights, big games and feature interviews in his first full season, he’s yet to land the guaranteed contract that would help solidify his status in the NBA.

That could change soon. The Warriors could have as many as two open roster spots by Sunday when Gary Payton II’s 10-day contract expires. Though Golden State doesn’t have an urgent need to convert Toscano-Anderson to a 15-man roster, it is expected to do so before the end of the season. A lengthy NBA career is never guaranteed, but a multi-year contract would mark an important milestone for Toscano-Anderson.

“Nobody ever makes me feel like I’m on a two-way, no one ever mentions that,” Toscano-Anderson said. “In the day-to-day approach I don’t really think about it, but in regards to thinking about my future, I want to stick in this league for some time to come. So that’s the next step for me is to get off a two-way and get on a regular contract.”