MESUT OZIL will offer Arsenal the chance to get him out of the club this month – by spreading payment of the rest of his contract over the next three years.

Ozil has options to leave the Emirates during the transfer window but the Gunners would need to cough up the remainder of his £350,000-a-week deal which still has six months to run.

The World Cup winner is in no mood to sacrifice the remaining £8.75million of the wages due to him just so Arsenal can get him off their wage bill with Fenerbahce and DC United both interested in his signature.

But SunSport understands he would be prepared to help the club out.

That would be by reaching a deal which would see them reduce their weekly payments to him to £68,000 until the summer of 2023.

Though that would see Arsenal having to keep Ozil, 32, on their wage bill for another two-and-a-half years, it would reduce their immediate wage commitment to the midfielder by £1.2m-A-MONTH.

With Premier League clubs being bitten hard by the Covid-19 pandemic, that long-term payment plan might be attractive to the bean counters at the Emirates.

The other option would be to come up with a cash offer covering the vast majority of the six months left on the former Real Madrid star’s contract, otherwise he is likely to stay put until the summer.

CASINO DEALS: BEST SIGN UP OFFERS TO CLAIM OVER £700 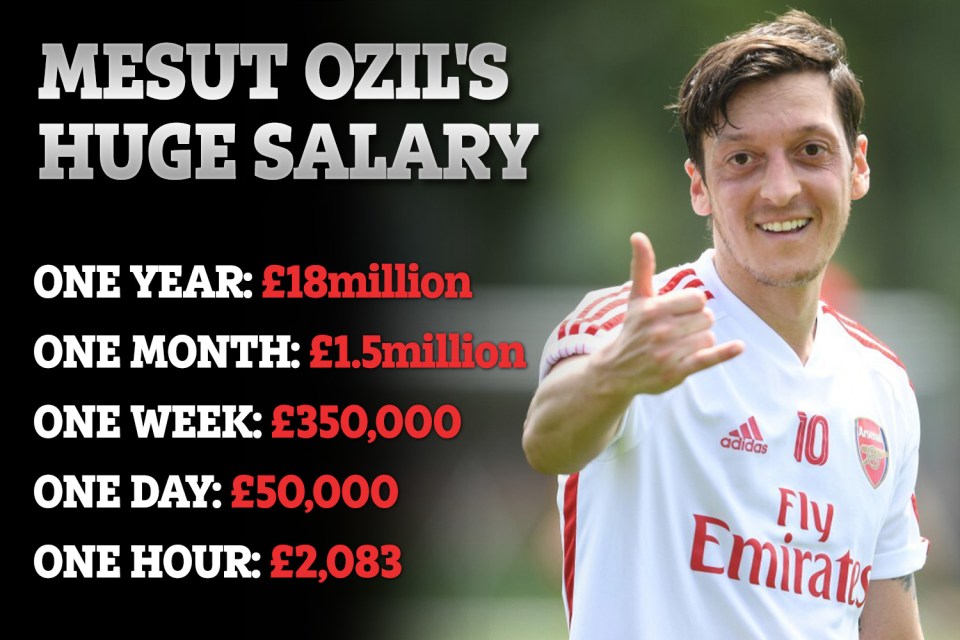 Turkish club Fenerbahce are working hard to try to sign Ozil but an agreement is far from in place.

That is despite Ozil falling victim to an online hoax which purported to be one of his charities seemingly announcing a deal had been done with Fenerbahce.

The MLS is a possible next destination, with Wayne Rooney’s former club DC United making their interest known and opening talks over securing a deal to take him Stateside.

How much will Conor McGregor earn for Dustin Poirier fight at UFC 257? Irishman set to make TWENTY times his rival
Yesterday 16:56TheSun.co.uk (sport)
Dan Hooker reveals strict quarantine protocol he has to undergo to return home after UFC 257
Yesterday 11:00mmafighting.com
Manchester United vs Liverpool: Get £50 in free bets when you bet £10 on FA Cup clash
Yesterday 08:44TheSun.co.uk (sport)