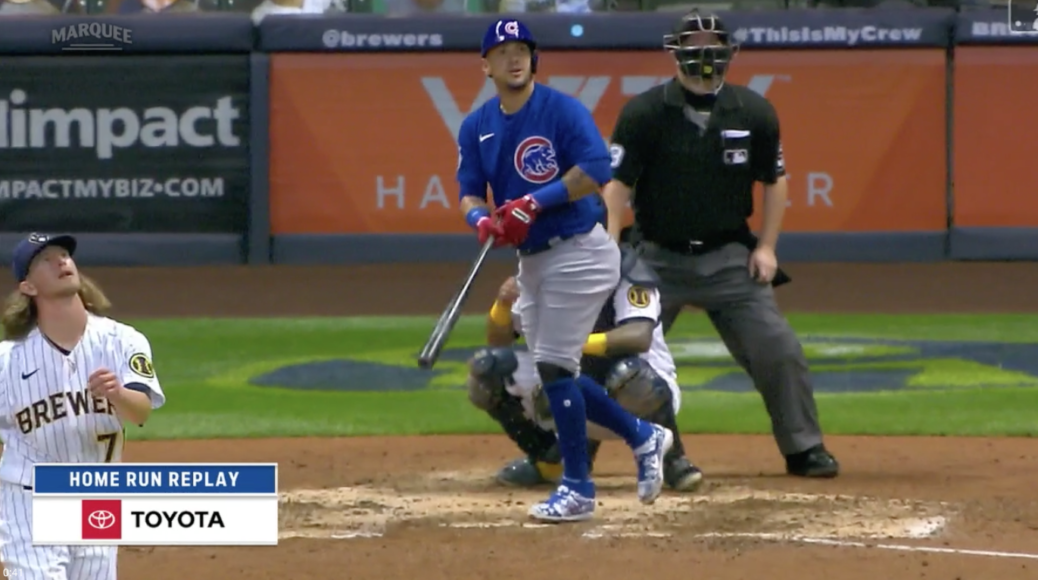 The Cubs are starting a four-game series against the Pirates on Monday as the final week of the regular season has arrived. While the offense doesn’t have anyone coming to rescue them for the playoffs, the pitching staff is getting a few reinforcements.

We already saw Andrew Chafin added to the roster before Sunday’s series finale against the Twins and left-hander José Quintana will be back Tuesday to start against the Pirates. Prior to Monday’s game in Pittsburgh, the Cubs made another roster move, placing infielder Ildemaro Vargas on the 10-day injured list with a hamstring issue.

Right-handed pitcher Adbert Alzolay has been called up to take Vargas’ spot tonight against the Pirates.

RHP Adbert Alzolay has been recalled from the South Bend Alternate Site. pic.twitter.com/JyMHMgzo5R

Alzolay has made four appearances, including three starts so far this season. Seeing that Quintana will start on Tuesday, hopefully the Cubs keep Alzolay up and see if he can be an impact reliever for the postseason.

Tom Brady narrated the intro to the World Series, to the dismay of many MLB fans
00:30For The Win (usatoday.com)
Opinion: Best (and worst) thing about Pacers new coach Nate Bjorkgren? Never heard of him.
Yesterday 22:52USA TODAY (sports)
Vermont sports scores for Tuesday, October 20: See how your favorite team fared
01:07BurlingtonFreePress.com (sports)